Higher Yields Start to Bite but Stocks Fight Back, Dollar Edges Up 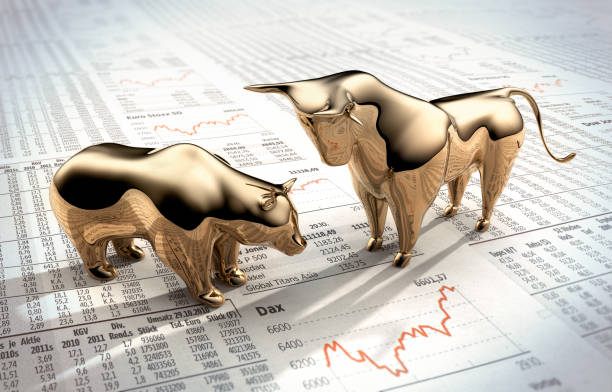 Long-term borrowing costs continued to head north on Tuesday, rising in just about every territory on growing expectations that no country will be spared from the greatest inflation shock the world has faced in decades. As central banks abandon the transitory inflation narrative one by one, markets are grappling with the prospect of an end to the era of easy money and the steepest hike in interest rates since before the financial crisis.

Although the inflation story has been running for some time now, what’s rattled the markets this time is the relentless rally in government bond yields since the start of the year. In the US, the benchmark 10-year Treasury yield briefly spiked to 1.96% earlier today and it’s only a matter of time before it hits 2.0% – a level that is seen as a key test for Wall Street bulls.

In Europe, the German 10-year bund yield has reached 0.25%, while Italian yields are flirting with the danger zone as their spread with German bunds is widening again. Australian and New Zealand yields just shot up to around two-year highs and Japan’s 10-year yield is approaching the Bank of Japan’s upper 0.25% threshold of its yield curve target.

Nevertheless, although there’s plenty of jitters to go around, there’s no big panic just yet among investors. With consumption holding up for now, wages on the rise, corporate earnings still healthy and economically punitive Covid restrictions being lifted in most places, it might be too soon for the doom and gloom to set in as the major central banks start raising interest rates.

Stocks in Europe got off to a solid start on Tuesday, extending their gains into a second day, led by London’s FTSE 100, which hit its highest since January 2020. Strong earnings and higher commodity prices are lifting stocks in Europe and Asia.

Even China’s CSI 300 managed to sharply pare its losses, having earlier dipped on news that Washington has added 33 new Chinese entities to its “unverified” list that require tighter export controls for US firms wishing to trade with those companies.

However, the mood on Wall Street remained muted and tech stocks came under pressure again. The latest jump in yields has really started to cap gains while exacerbating any selloff, particularly in the tech sector. But there were a few bright spots on Monday such as airlines and financials, and the Dow Jones bucked the negative trend of the S&P 500 and Nasdaq to finish the session flat.

US futures were higher today but lacked clear direction, something which is likely to only come from Thursday’s latest consumer price index.

Meanwhile, the US dollar was advancing on Tuesday, helped by higher Treasury yields and a pullback in the euro and yen. The dollar index was last up about 0.25%.

Having only just reclaimed the $1.14 handle, the euro is struggling to hold on to it as ECB President Christine Lagarde tried to play down the prospect of aggressive monetary tightening. Speaking in the European Parliament on Monday, Lagarde said it’s likely “current price pressures will subside before becoming entrenched”.

Oil takes a hit from progress in Iran nuclear talks

In commodities, oil prices slid for a second day, with WTI futures dropping below $90 a barrel during European trading. Brent crude was down too, plunging about 2%.

Whilst there’s no immediate danger to oil’s bullish structure, the unexpected developments in the Iran nuclear saga have taken markets a bit by surprise. The US has restored a sanctions waiver to Iran that would permit cooperation with other countries on civilian nuclear projects following indirect talks between the two sides. Direct talks will resume today, and further progress could prove to be an even more notable drag on the commodity.

Gold prices were down too, though only marginally, as the increased diplomatic effort in recent days to de-escalate tensions on the Ukrainian border has brought geopolitical risks back to the fore, making some investors nervous, boosting the yellow metal’s safe haven appeal.