War or rate hikes, it’s very clear that investors are worried about the former. Sentiment took a deep dive on Friday on worries over an imminent Russian invasion of Ukraine. WTI crude oil surged to new 7-year high while Gold also soared before weekly close, while stocks took a heavy beating. In the background, markets are raising their bets on aggressive Fed tightening. But that would take a back seat for now until the Russia/Ukraine situation de-escalates.

The weekly currency heatmap couldn’t really reflect the sharp turn on Friday. Aussie was the strongest for the week followed by Kiwi. Euro was the worst, followed by Yen and Dollar. However, it should be noted that Yen and Swiss Franc had sharp rallies before close and would remain strong on geopolitical risks. Euro and commodity currencies could extend their late weakness too.

Investors were in deep worry that a Russian invasion of Ukraine could begin any time. US urged their citizens to leave Ukraine right away, and that was followed by a wave of other nations including the UK, Japan, Latvia, Norway, Netherlands, Australia and New Zealand, etc.

“We continue to see signs of Russian escalation, including new forces arriving at the Ukrainian border,” US national security adviser Jake Sullivan warned. “We are in the window when an invasion could begin at any time.” 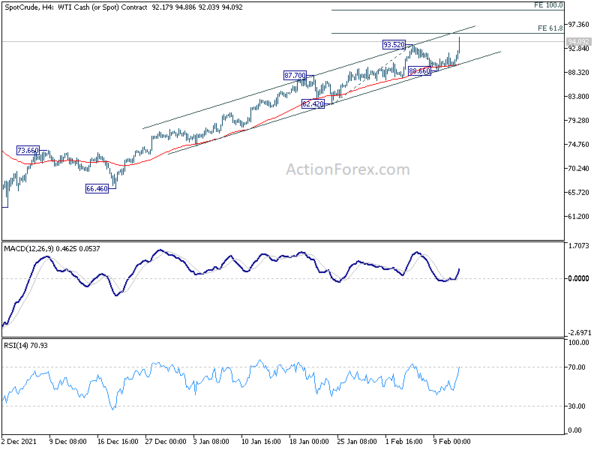 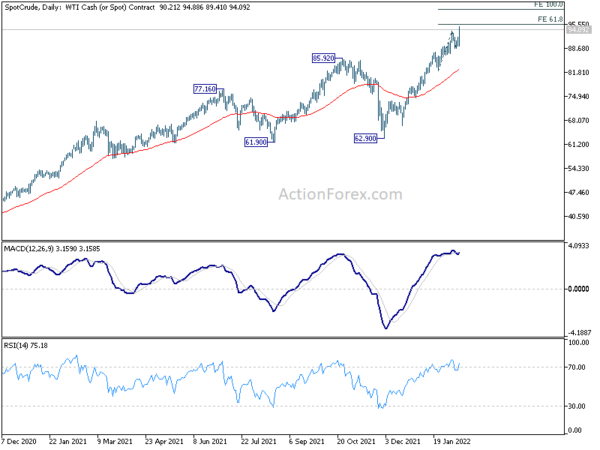 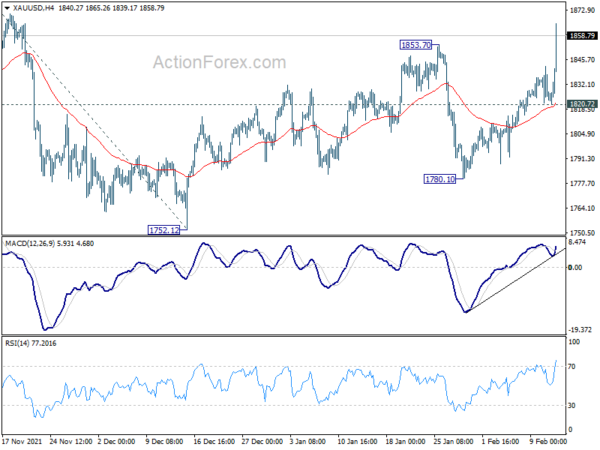 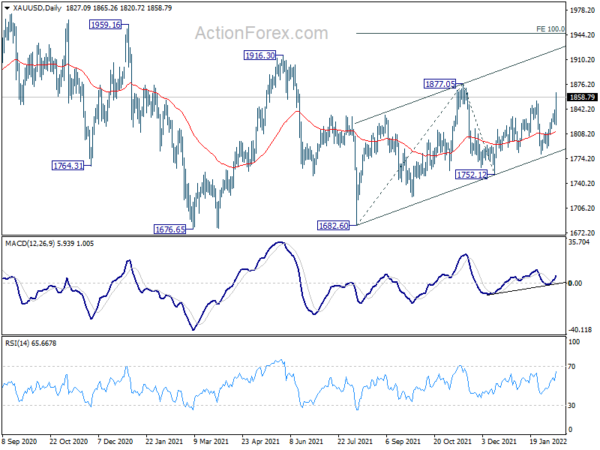 Yen and Franc jumped on Friday on risk aversion 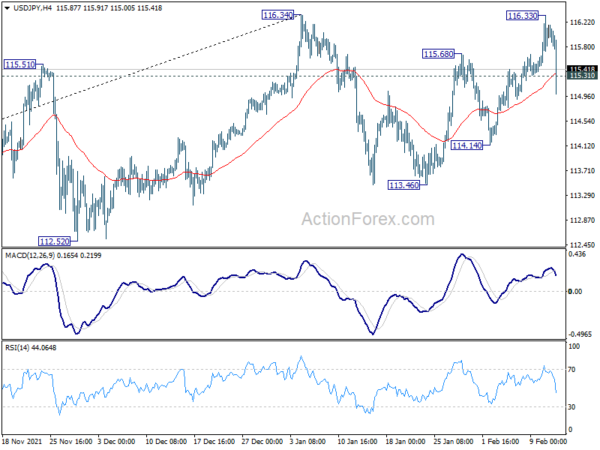 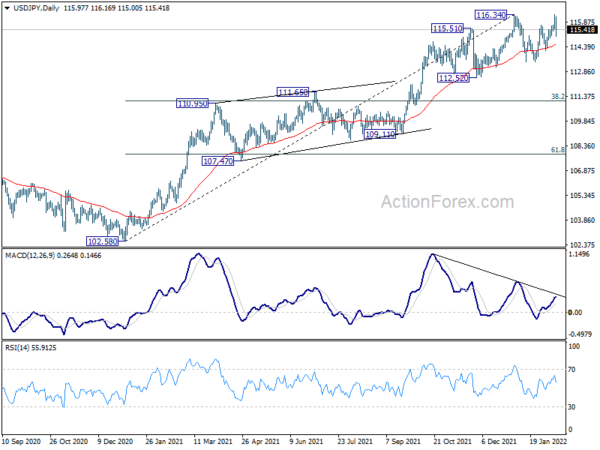 EUR/CHF also dropped sharply after hedging higher to 1.0610. Strong break of 4 hour 55 EMA is already a sign of near term weakness. Immediate focus will be on 1.0439 support. Firm break there should confirm rejection by 38.2% retracement of 1.1149 to 1.0298 at 1.0623. Deeper fall would be seen back to retest 1.0298 low. Such development will also keep medium term outlook bearish for resuming the larger down trend through 1.0298. 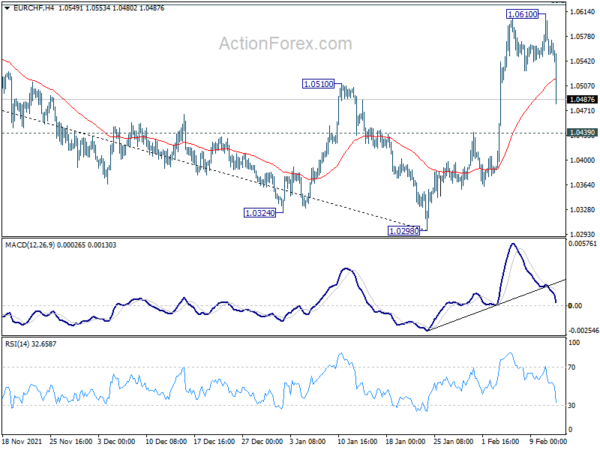 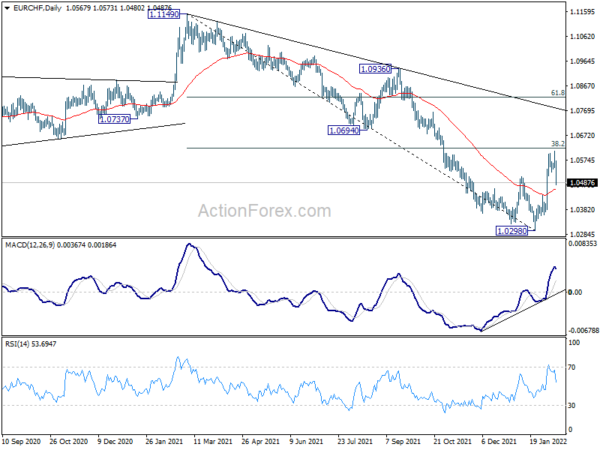 In the background, a “less imminent” risk is of course intensified expectation of aggressive Fed rate hikes. After data showed US CPI rose more than expected to 40-year high. Bets on a 50bps hike in March surged. There were even talks that FOMC could hold an emergency meeting between now and March 15/16, to deliver an interest rate hike. Though, the latter panic move is rather unlikely.

Stocks were indeed rather resilient to rate hike speculations, but was then knocked down more by war worries. S&P 500 was rejected twice by 55 day EMA and that was a near term bearish development. Though, outlook wouldn’t be too bad if SPX could defend 4278.94 support, which is close to 55 week EMA. There is chance that price action from 4818.62 are merely a sideway consolidation pattern. 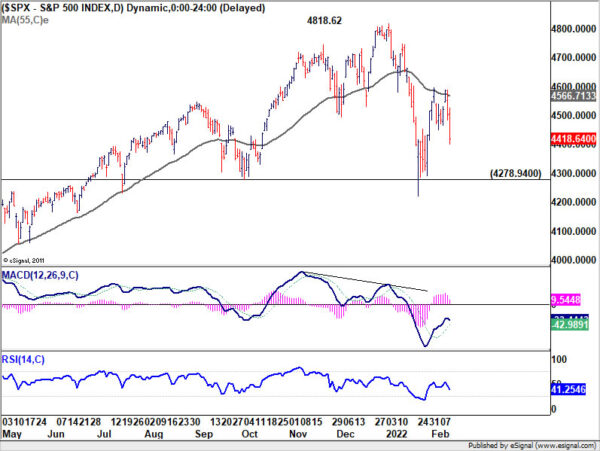 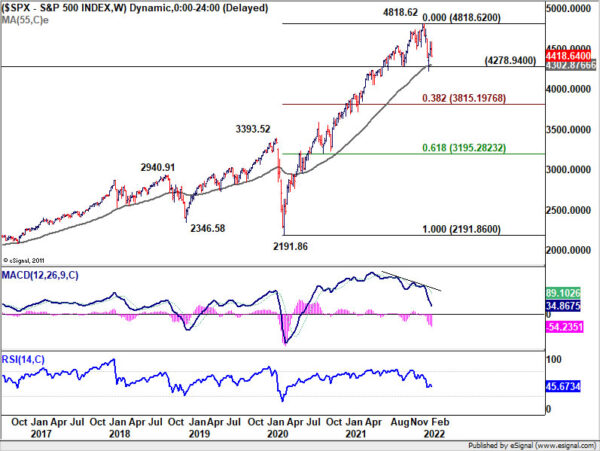 At the same time, we’re not expecting a break of 1.743 support even in case of retreat. But of course, that’s based on the assumption that a full-blown war would not take place. 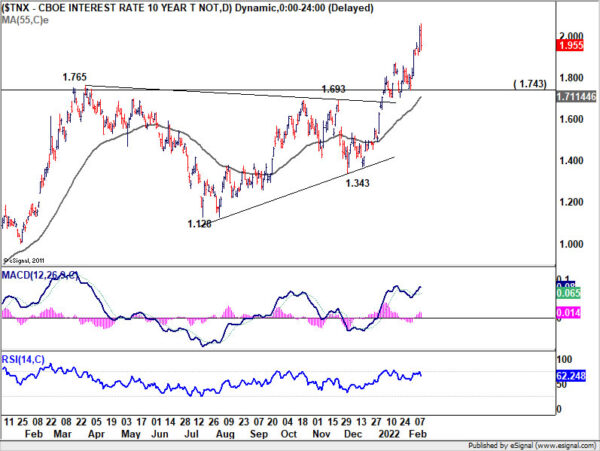 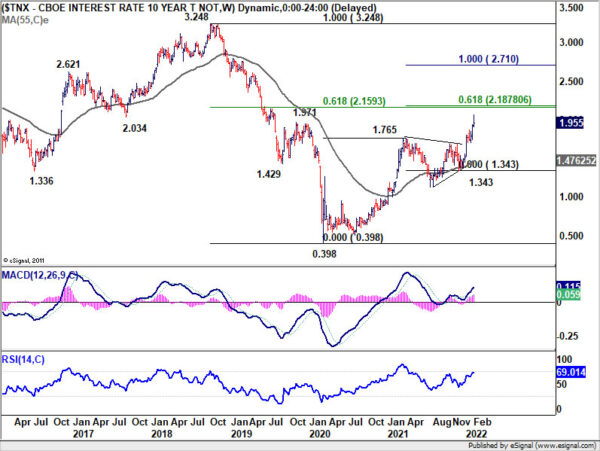 USD/CAD stayed in sideway consolidation last week and outlook is unchanged. Initial bias remains neutral this week first. Further rise remains mildly in favor. On the upside, break of 1.2795 will resume the rally from 1.2448 to 1.2963 resistance next. However, break of 1.2634 support will turn bias back to the downside for 1.2448 support instead. 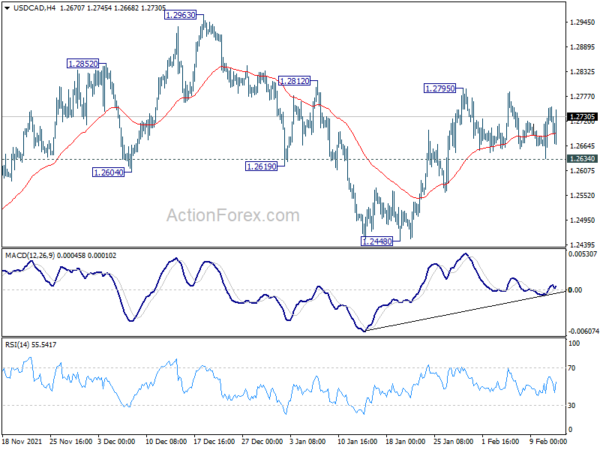 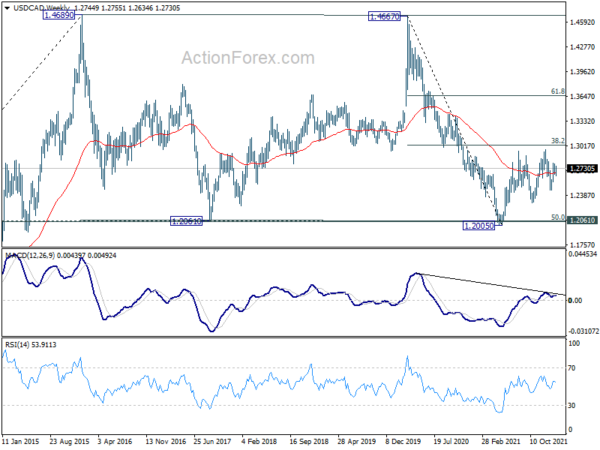 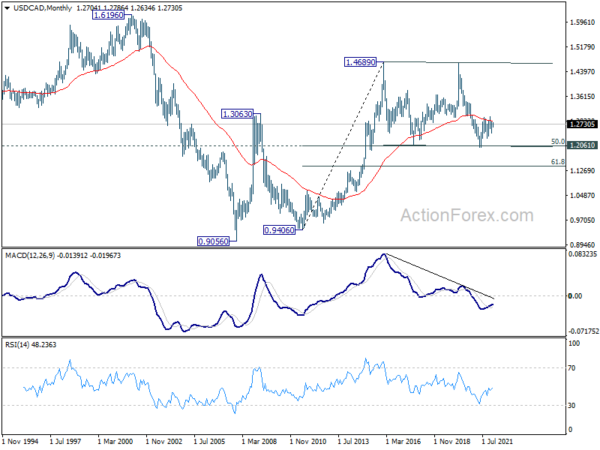