Overall market sentiment improved a lot after Russia said it pulled back some troops near the border of Ukraine. As worries of imminent war eased, Gold and oil price dip notably, while stocks rebound. Euro is staging a recovery, together with Aussie and Kiwi. On the other hand, Yen and Dollar are turning softer, together with Canadian. Sterling and Swiss Franc are mixed for the moment.

Technically, EUR/USD has somewhat defended 1.1265 minor support for now, maintaining mild near term bullish bias. There is prospect of extending the rebound to retest 1.1483 key near term resistance. Meanwhile, EUR/JPY could also be heading back to 133.13/133.44 resistance zone. But is should be noted level these levels would also be broken if the Russia/Ukraine situation is totally cleared.

Empire state manufacturing index rose for m-0.7 to 3.1 in February, below expectation of 10.0.

Eurozone ZEW Economic Sentiment dropped from 49.4 to 48.6, below expectation of 52.3. Current Situation Index rose 6.8 to 0.6. Inflation expectations for Eurozone rose 3.6 pts to -35.1. 53.2% of expects expect inflation rate to decline in the next six months.

“The economic outlook for Germany continues to improve in February despite growing economic and political uncertainties. Financial market experts expect an easing of pandemic-related restrictions and an economic recovery in the first half of 2022. They still expect inflation to decline, albeit at a slower pace and from a higher level than in previous months. Consequently, more than 50 per cent of the experts now predict that short-term interest rates in the euro area will rise in the next six months,” comments ZEW President Professor Achim Wambach on current expectations.

In seasonally adjusted terms, exports dropped -0.6% mom while imports rose EUR 3.1% mom. Trade deficit was at EUR -9.7B, larger than expectation of EUR -2.5B.

BoJ Kuroda: Baseline for economy and prices to gradually pick up

He acknowledged that the market operation of an offer to buy unlimited amount of bonds on Monday successfully pushed 10-year JGB yield from near 0.25% to 0.22%. But he emphasized it’s a “last resort” and a “powerful means not used explicitly by other central banks.” “We don’t expect to conduct such operation frequently. We’ll do this as needed,” he added.

For 2021 as a whole, GDP grew 1.7%, marking the first expansion in three years. The seasonally-adjusted real GDP size at JPY 541T remains slightly below pre-pandemic level of late 2019.

RBA minutes: Prepared to be patient on interest rate

In the minutes of February 1 meeting, RBA reiterated that it “will not increase the cash rate until actual inflation is sustainably within the 2 to 3 per cent target band.” It’s “too early to conclude that it was sustainably within the target band”. There were uncertainties about “how persistent the pick-up in inflation would be as supply-side problems were resolved” and “wages growth also remained modest”. The central bank is “prepared to be patient”.

Omicron outbreak “had affected the economy, but had not derailed the recovery”. The economy was “resilient” and was expected to “pick up as case numbers trended lower”. Job market had “recovered strongly” with central forecasts seeing unemployment to fall to “levels not seen since early 1970s”. Wages growth was expected to pick-up, buy only gradually.

Inflation had “picked up more quickly than the Bank had expected”, but was still “lower than in many other countries”. “Some moderation” in inflation was expected as “supply problems were resolved.” Stronger growth in labour costs was expected to become the “more important driver of inflation”. The central forecast was for underlying inflation to be within the target band over both 2022 and 2023.

A decision about reinvestment of asset purchases would be made at the May meeting, with the key considerations being the “state of the economy and the outlook for inflation and unemployment.” 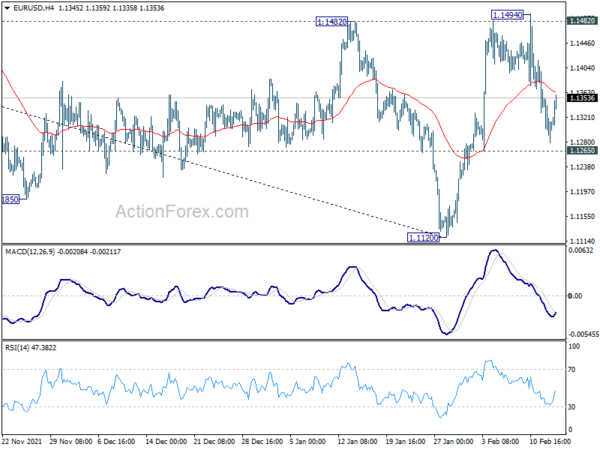 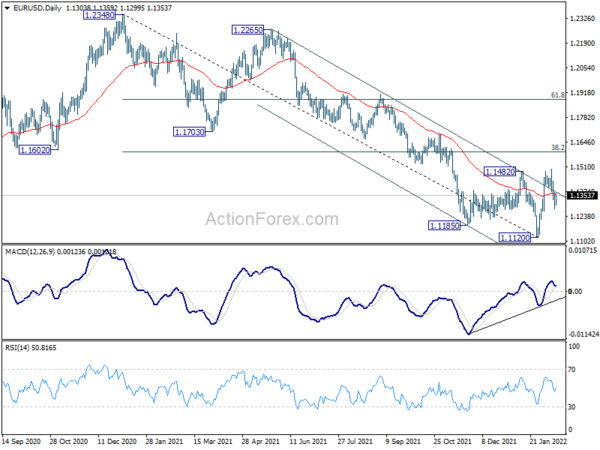