Yen and Gold Rise as Investors Stay Nervous on Russia-Ukraine

The markets are overall mixed today, as investors are holding their breath, awaiting confirmation on whether Russia is going to invade Ukraine, or not. Gold jumps notably and is now eyeing 1900 handle on nervous sentiment. In the currency markets, Yen is currently the stronger one, followed by Kiwi and then Sterling. Canadian Dollar is the weakest, followed by Dollar. There isn’t a very clear direction yet.

Technically, USD/JPY’s break of 115.00 temporary low is in line with the view that fall from 116.33 is still in progress, as the third leg of the corrective pattern from 116.34. Attention will be on whether EUR/JPY would follow by breaking through 130.03, and whether GBP/JPY would break 155.11. 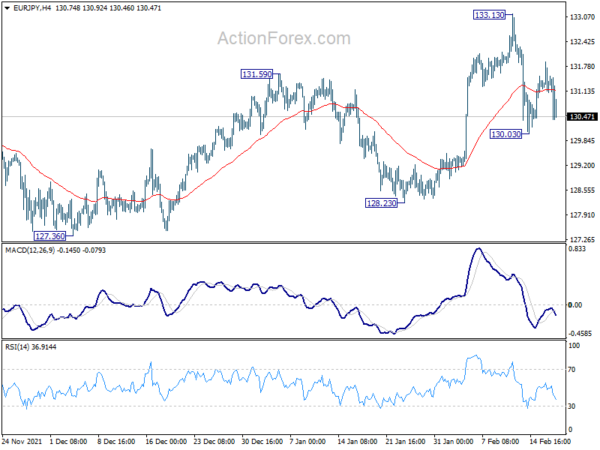 Gold to press 1900 as rally resumes 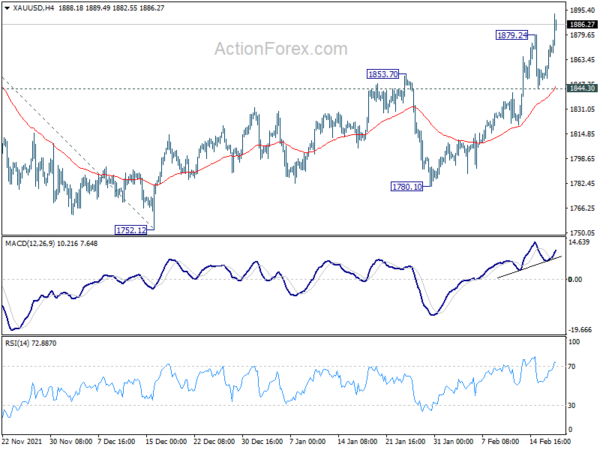 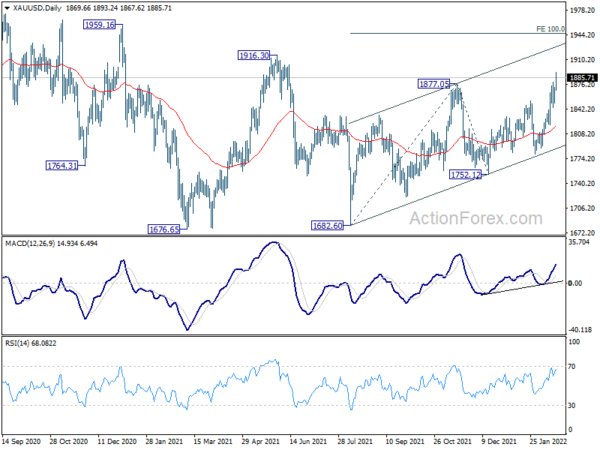 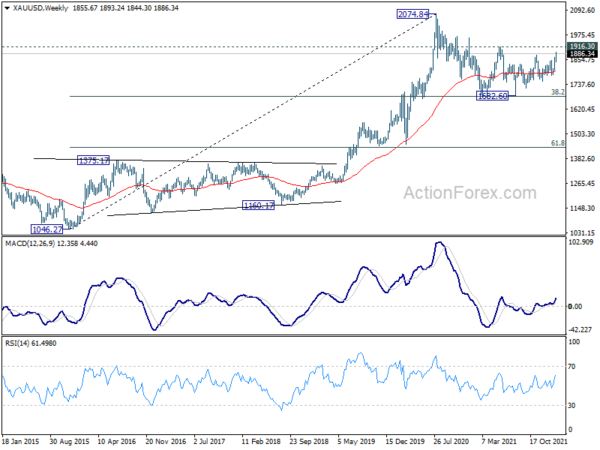 US initial jobless claims rose to 248k, above expectation

“As with earlier rapid changes in the labour market during the pandemic, hours continue to be much more affected than employment. This reflects people working reduced or no hours, without necessarily losing their jobs.” 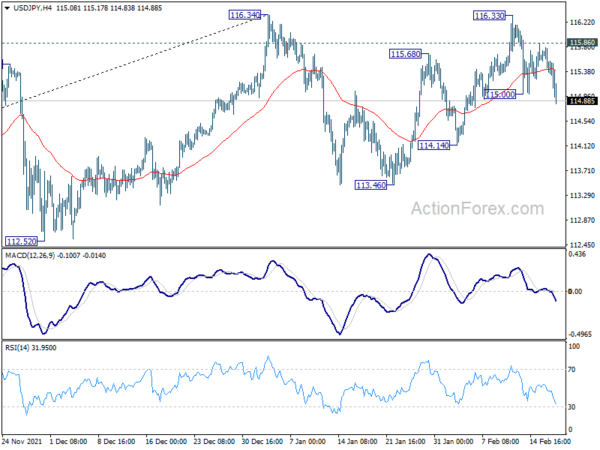 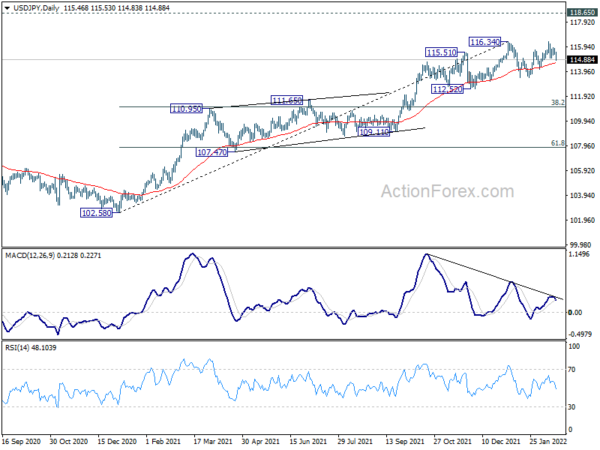