Global markets sink as Russia finally launches invasion of Ukraine. Risk averse sentiment dominates, pushing gold and oil higher, while stocks and cryptocurrencies tumble. In the currency markets, Yen and Swiss Franc surge sharply on safe-haven flows, together with Dollar. On the other hand, Euro is under heavy selling pressure together with commodity currencies.

Technically, EUR/USD finally breaks through 1.1265 minor support, confirming rejection by 1.1482 resistance. Deeper decline should be seen through 1.1120 to resume larger down trend from 1.2348. EUR/CHF’s break of 1.0298 support also suggests resumption of down trend from 1.1149. To solidify the Euro’s bearishness, we’d like to see EUR/JPY taking out 128.23 support with some conviction. 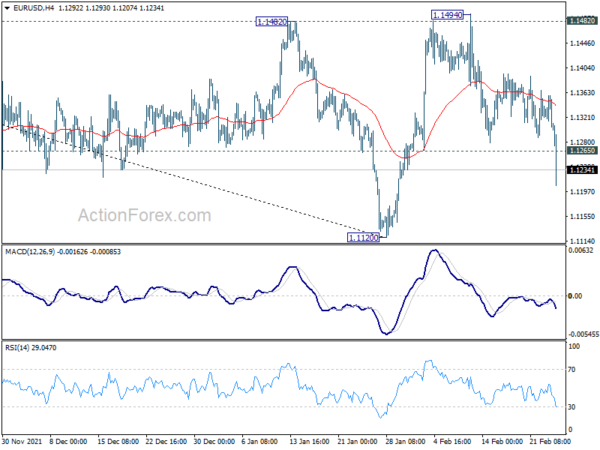 Bitcoin ready to break through 33k low to resume down trend

Bitcoin’s steep decline today affirms that case that corrective rebound from 33000 has completed at 45842, after failing to sustain above 55 day EMA. The development also argues that down trend from 68986 is ready to resume. Further decline is now expected as long as 39252 resistance holds. 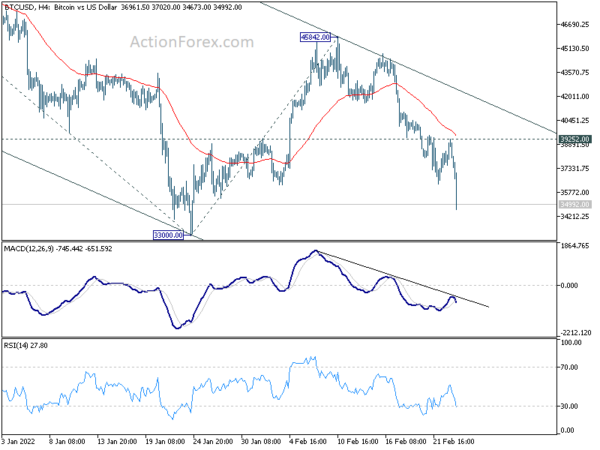 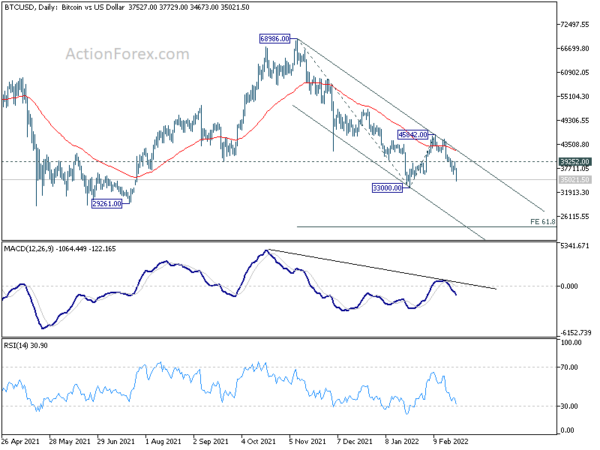 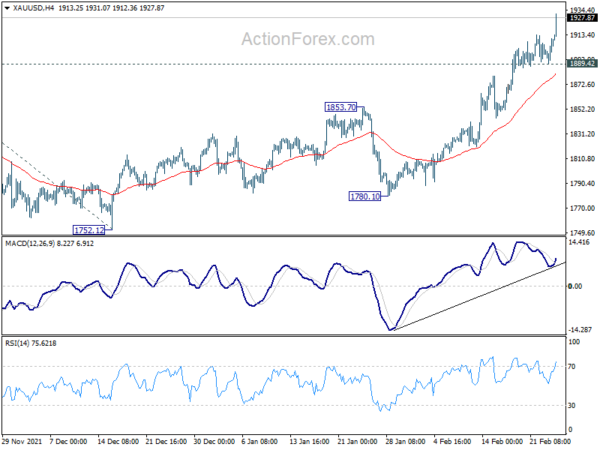 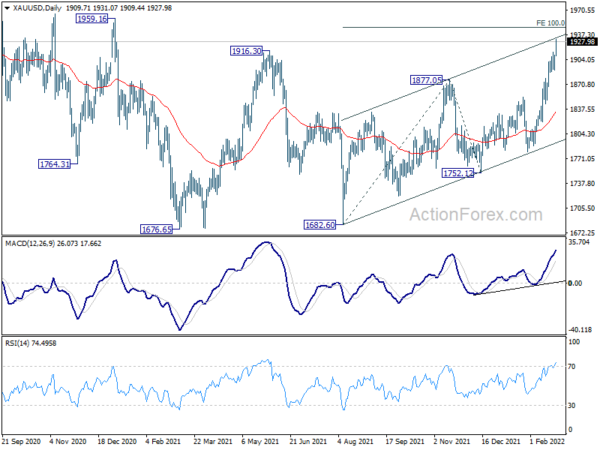 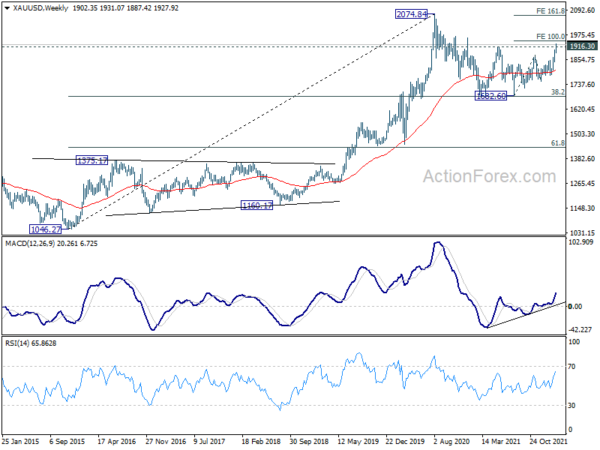 ECB Chief Economist Philip Lane said in an interview, “if inflation rates are moving towards our target in the medium term, which is now looking more likely – instead of being well below two per cent as before the pandemic – we will adjust monetary policy”.

That’s because, “we would then, for example, no longer need to make asset purchases to stabilise inflation at our target over the medium term.”

“It was different in December, when surveys still showed the expectation that we would need to maintain asset purchases until the middle of next year, but the timeline may be shorter than what people expected then,” he added.

Lane also reiterated the “sequencing” of policy normalization. That is, “our net assets purchases will first be scaled down, then ended. Then, the key policy rates will only increase above their current levels if the conditions consistent with our medium-term inflation target are met. So before we talk about potential rate decisions, we need to end net asset purchases. And we need to prepare the market for the eventual end of these purchases.

BoJ Kuroda: No immediate plans to scale back stimulus

BoJ Governor Haruhiko Kuroda told the parliament, “unlike Western countries, we have no immediate plans to scale back our monetary stimulus.” But the central bank will continue to look at inflation expectations. “We will look not just at price indicators, but also surveys showing how the public feels about price moves,” he added.

On exchange rate, Kuroda said, “if the yen weakens further, that could push up import costs. But the recent rise in import costs is driven mostly by an increase in dollar-denominated raw material prices, rather than a weak yen.”

US jobless claims, new home sales and Q4 GDP will be the main features today. 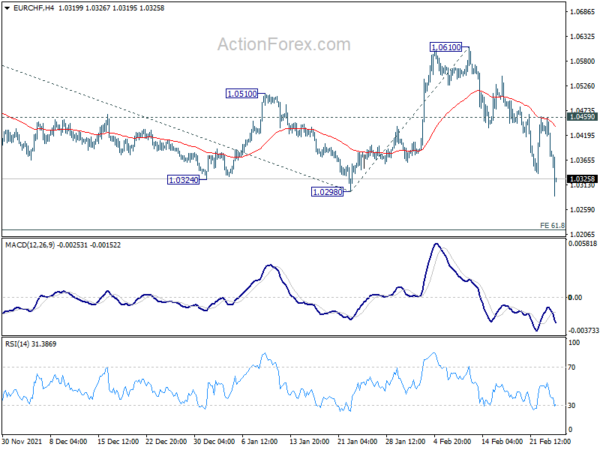 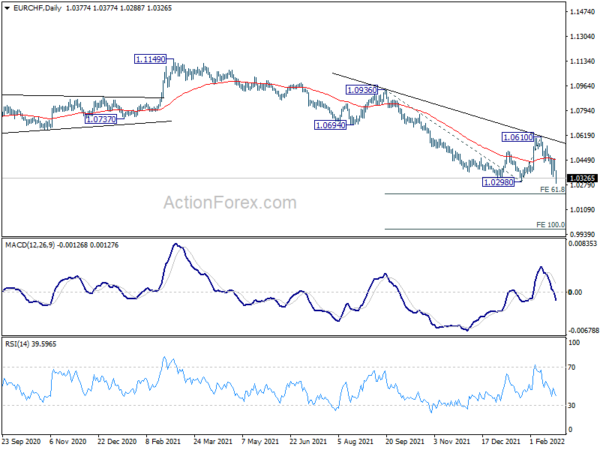