The Euro started a major decline from well above 1.1320 against the US Dollar. The EUR/USD pair traded below the 1.1265 support zone to enter a bearish zone.

There was a move below the 1.1150 level the 50 hourly simple moving average. A low was formed near 1.1106 and the pair is now correcting losses. It is now trading above the 1.1200 resistance level. 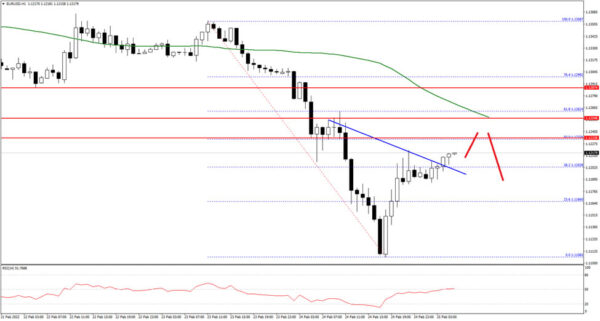 An immediate resistance near 1.1230 on FXOpen. The next major resistance is near the 1.1250 level and the 50 hourly simple moving average. A break above the 1.1230 and 1.1250 resistance levels could start a decent increase towards the 1.1320 level in the near term.