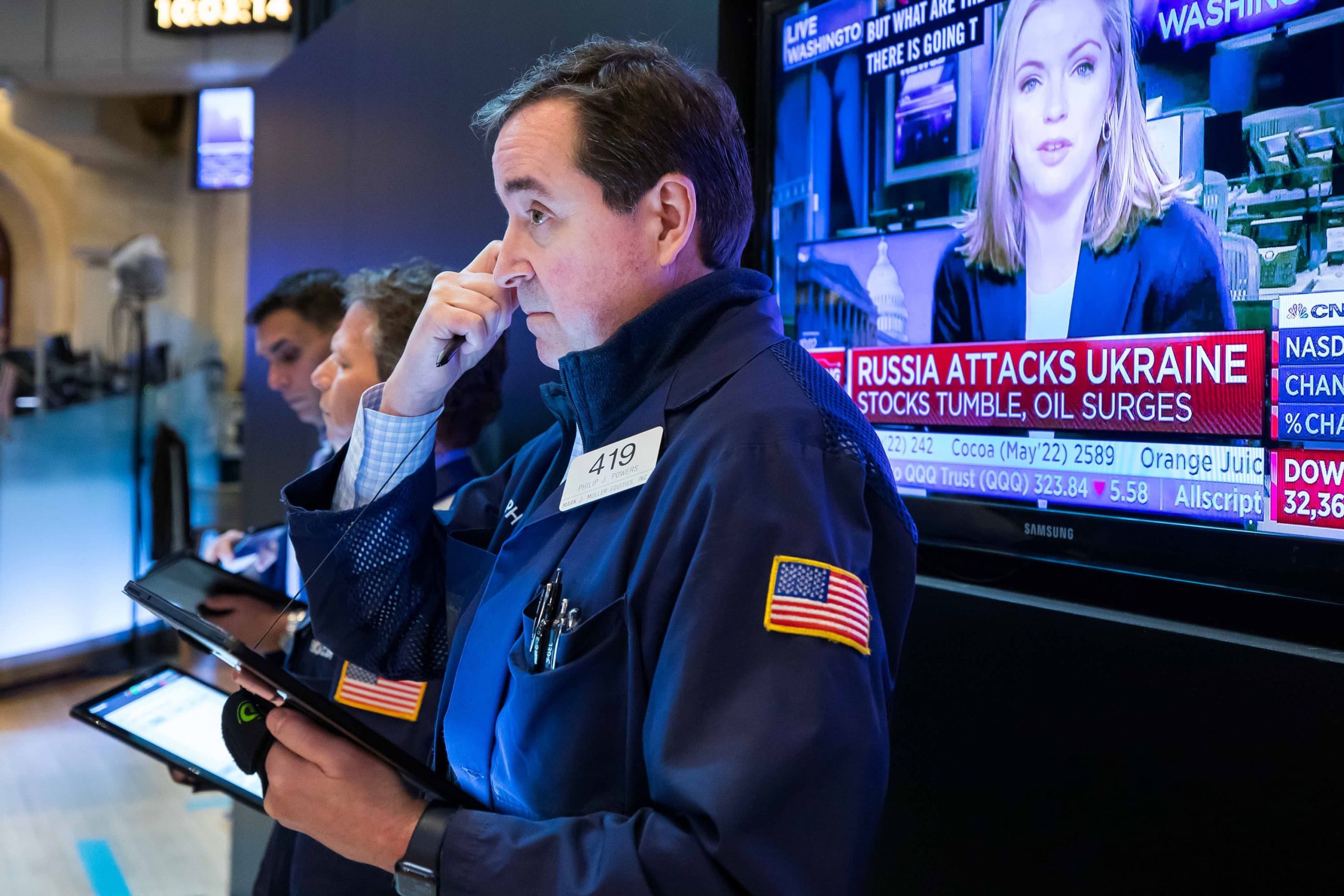 U.S. stock futures were steady in overnight trading on Monday before the first trading day of March as investors continue to monitor the fighting between Russia and Ukraine.

In a volatile session on Monday, the Dow Jones Industrial Average lost nearly 170 points. The S&P 500 dropped 0.24% and the Nasdaq Composite rose 0.4%.

The moves come amid fighting between Russia and Ukraine, where Ukrainian forces have held key cities including the capital of Kyiv.

Ukrainian and Russian officials wrapped up a critical round of talks Monday.

Meanwhile, the central bank of Russia more than doubled its key interest rate on Monday, as the ruble plummeted after heavy sanctions were imposed on Moscow by the West.

JPMorgan’s Marko Kolanovic said Monday the worst of the Russia-Ukraine sell-off might be over.

“The Russia/Ukraine crisis will continue to produce market volatility, but the direct impact on corporate earnings should be small. Indirect risks are more substantial, given effects of higher commodity prices on inflation, growth, and consumers,” Kolanovic said in a Monday afternoon note. “However, one silver lining is that the crisis forced a dovish reassessment of the Fed by the market.”

Investors are also gearing up to hear from Federal Reserve Chair Jerome Powell in his semiannual hearing at House Committee on Financial Services, which begins on Wednesday.

Looking to Tuesday, big box retailer Target reports earnings before the bell and cloud giant Salesforce reports after the close.