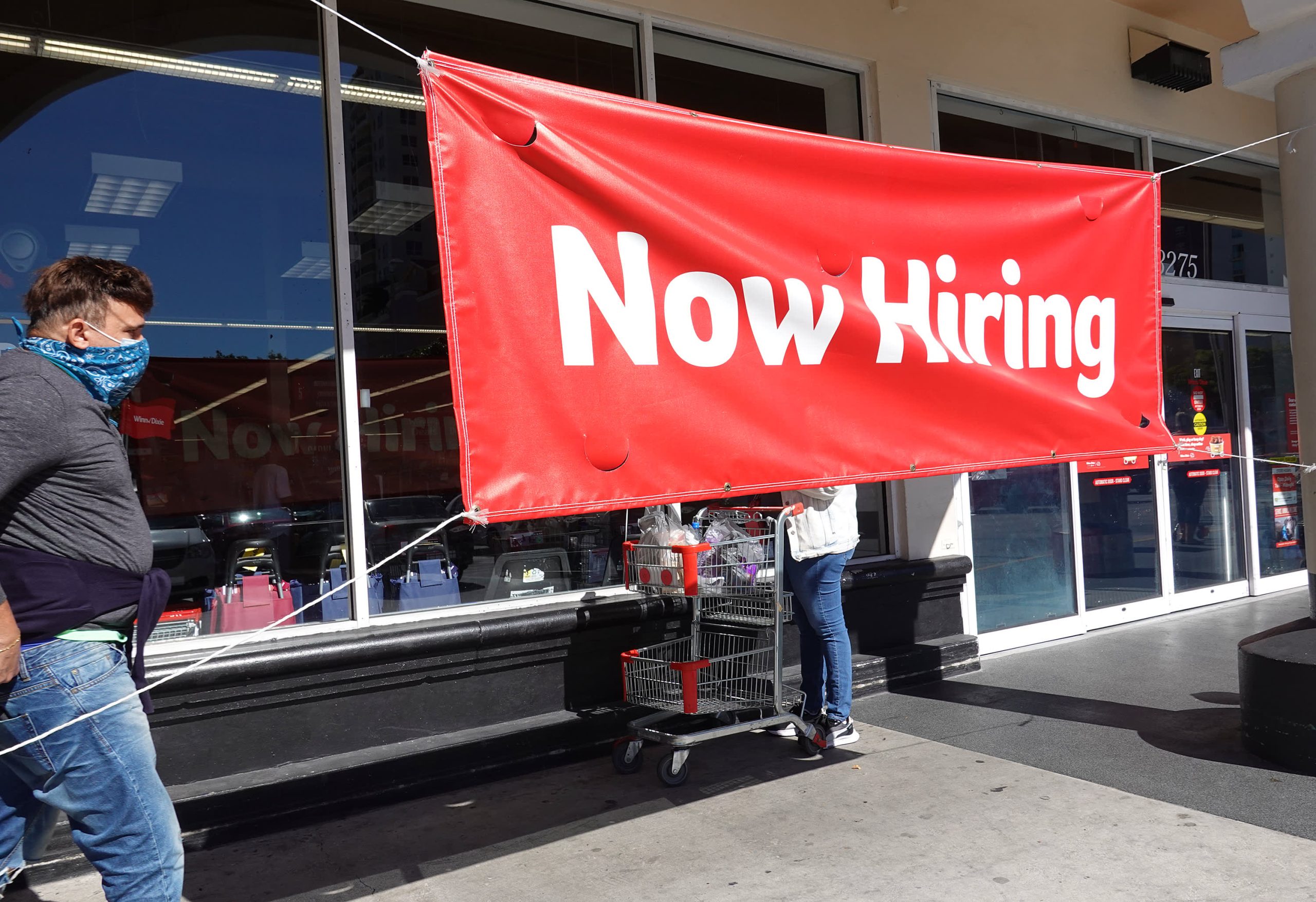 Job growth accelerated in February, posting the biggest monthly gain since July as the employment picture got closer to its pre-pandemic self.

Nonfarm payrolls for the month grew by 678,000 and the unemployment rate was 3.8%, the Labor Department’s Bureau of Labor Statistics reported Friday.

In a sign that inflation could be cooling, wages barely rose for the month, up just 1 cent an hour, or 0.03%, compared with estimates for a 0.5% gain. The year-over-year increase was 5.13%, well below the 5.8% Dow Jones estimate as more lower-wage workers were hired and 12-month comparisons helped mute more recent gains.

For the labor market broadly, the report brought the level of employed Americans closer to levels before the Covid crisis, though still short by 1.14 million. Labor shortages remain a major obstacle to fill the 10.9 million jobs that were open at the end of 2021, a historically high gap that had left about 1.7 vacancies per available worker.

At least from an employment perspective, the February report confirms that the rampant omicron spread during the winter had little impact.

“This report indicates that the job market is healthy and resilient to the ebbs and flows of the pandemic,” said Daniel Zhao, senior economist for job placement site Glassdoor. “We’ve seen that job gains have been over 400,000 for 10 months in a row.”

“The labor market recovery remains very robust across the board as more Americans are returning to work,” added Eric Merlis, managing director of global markets at Citizens Financial Group. “Geopolitical issues and inflation pose ongoing threats to the U.S. economic recovery, but pandemic restrictions are being lifted and we continue to see strong job growth.”

Markets, however, reacted little to the news as investors remain focused on the Russia-Ukraine war. Stocks fell through the day Friday and government bond yields were sharply lower.

As has been the case for much of the pandemic era, leisure and hospitality led job gains, adding 179,000 for the month. The job gap for that sector, which was hit most by government-imposed restrictions, is 1.5 million from pre-Covid levels.

The unemployment rate for the industry tumbled to 6.6%, a slide of 1.6 percentage points from January and closer to the 5.7% of February 2020. Wages actually declined slightly, falling 2 cents an hour to $19.35. The increase in hiring for bars, restaurants, hotels and other similar businesses likely is contributing to the slower pace of pay increases.

“We’re getting back to pre-pandemic levels in terms of labor force participation. Job growth is still quite healthy and strong. So things are really good,” said Kathy Jones, chief fixed income strategist at Charles Schwab. “As more people come back to work and participation picks up, the level of wage gains should start to subside a little bit. In terms of the Fed worrying about inflation driven by people making more money, I guess that’s good news.”

Previous months saw upward revisions. December moved up to 588,000, an increase of 78,000 from the previous estimate, while January’s rose to 481,000. Together, the revisions added 92,000 more than previously recorded and brought the three-month average to 582,000.

The labor force participation rate, a closely watched metric indicating worker engagement, rose to 62.3%, still 1.1 percentage points from the February 2020 pre-pandemic level. An alternative measure of unemployment that includes discouraged workers and those holding part-time jobs for economic reasons, and is sometimes referred to as the “real” unemployment rate, also edged higher, to 7.2%.

The trend for jobs is clearly upward after a wintertime surge of Covid omicron cases, while exacting a large human toll, left little imprint on employment.

“If we see more numbers like this moving forward, we can be optimistic about this year,” wrote Nick Bunker, economic research director at job search site Indeed. “Employment is growing at a strong rate and joblessness is getting closer and closer to pre-pandemic levels. Still, in these uncertain times, we cannot take anything for granted. But if the recovery can keep up its current tempo, several key indicators of labor market health will hit pre-pandemic levels this summer.”

The economy also has been wrestling with pernicious inflation pressures running at their highest levels since the early 1980s stagflation days. The Labor Department’s main inflation gauge showed consumer prices rising at a 7.5% clip in January, a number that is expected to climb to close to 8% when February’s report is released next week.

Amid it all, companies continue to hire, filling broad gaps still left in the leisure and hospitality sector as well as multiple other pandemic-struck industries.

The Federal Reserve is watching the jobs numbers closely. Monetary policymakers widely view the economy as near full employment, adding pressure to prices that have soared amid supply shortages and demand surges related to the pandemic.

Now, Fed officials expect this month to start raising interest rates, with market expectations that those hikes likely will continue through the year.

The February jobs report “will give the Fed greater confidence to push ahead with its planned policy tightening but, with wage growth now levelling off, there is arguably less pressure for officials to front-load an aggressive series of rate hikes over the coming months,” wrote Michael Pearce, senior U.S. economist at Capital Economics.

Traders continued to fully price in a 25 basis point rate hike at the March Fed meeting, and see a strong possibility of five more such increases through the end of the year, according to CME Group data.