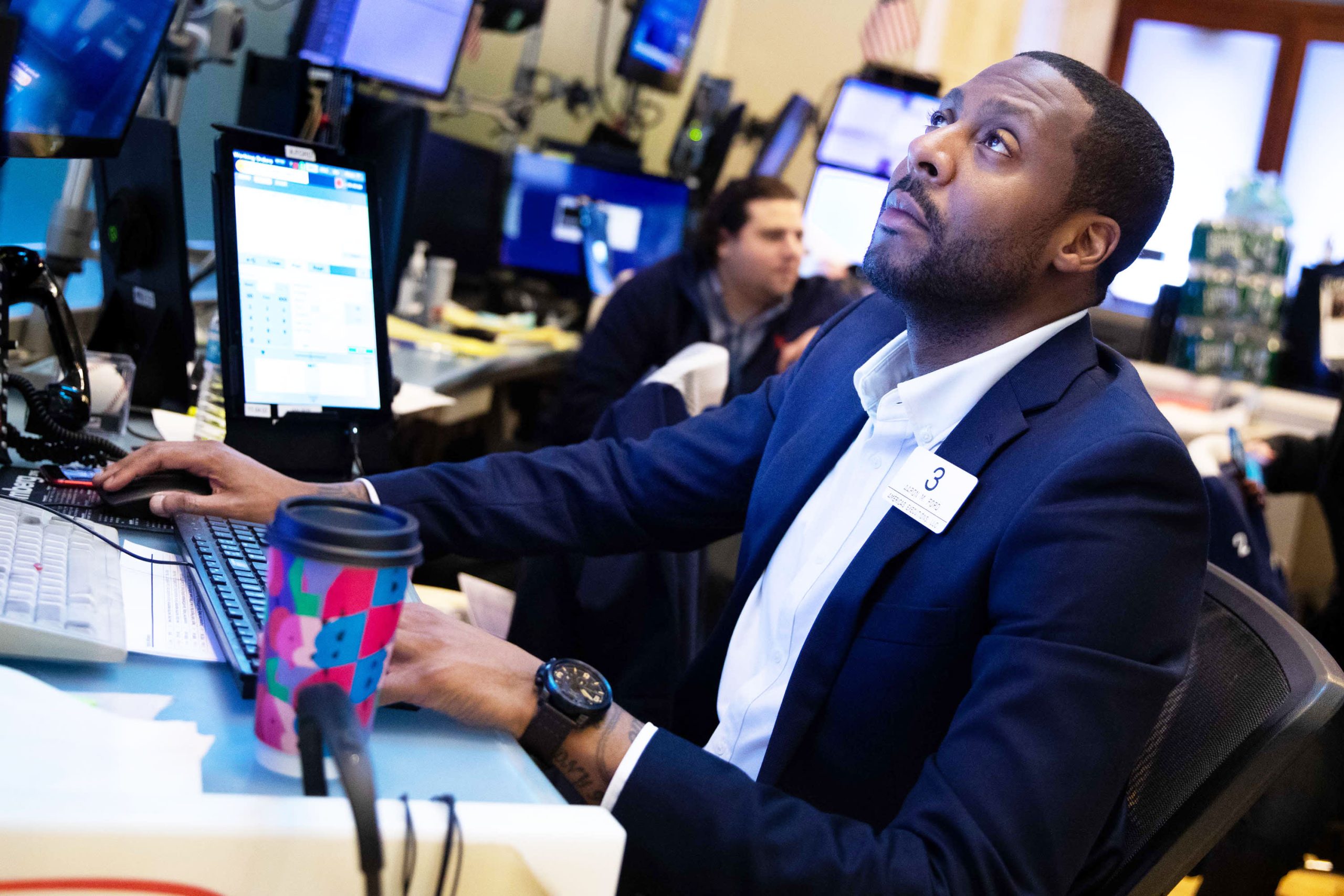 Investors may take the Federal Reserve’s first post-pandemic interest rate hike in stride, while uncertainty over the Ukraine crisis continues to hang over markets.

The Fed has clearly broadcast that it intends to raise its target fed funds rate by a quarter percentage point from zero, and it is expected to announce that move at the end of its two-day meeting Wednesday. The central bank should also reveal new forecasts for interest rates, inflation and the economy.

There are a few economic reports of note in the week ahead, including the producer price index Tuesday, retail sales Wednesday and existing home sales Friday.

“Earnings are over. Monetary policy is obviously going to be important here. I don’t see the Fed surprising anyone next week,” said Steve Massocca, managing director at Wedbush Securities. “It’s going to be a quarter point and then step into the background and watch what’s happening in Europe.”

Stocks fell for the past week, with the Nasdaq Composite the worst performer with a 3.5% decline. Meanwhile, the small-cap Russell 2000, which outperformed the three major indexes, lost 1% for the week.

A surge in oil prices spooked investors, with crude spiking to $130 at the beginning of the week but trading back below $110 on Friday.

The S&P 500 was down about 2.9% for the week. Energy stocks were the top performers, up nearly 1.9% and the only positive major sector.

The impact of Russian sanctions on commodities markets and the lack of clarity around the outcome of the war in Ukraine are likely to keep volatility high across the financial markets.

The central bank’s statement and comments from Fed Chair Jerome Powell on Wednesday will be closely watched for guidance on how central bank officials view the Ukraine crisis, and how much it could affect their outlook and the path for interest rates.

“His guidance is probably not going to be all that different from what he had to say in the [congressional] testimony. Basically, downside risks to the growth outlook have increased, upside risks to inflation have risen,” said Mark Cabana, head of U.S. short rates strategy at Bank of America.

Because Russia is a giant commodities producer, its assault on Ukraine and resulting sanctions have set off a rally in commodities markets that has made already-scorching inflation even hotter. February’s consumer price index was up 7.9%, and economists said rising gasoline prices could send it above 9% in March.

Gasoline at the pump jumped nearly 50 cents in the past week to $4.33 per gallon of unleaded, according to AAA.

Market pros see surging inflation as a catalyst that will keep the Fed on track to raise interest rates. However, uncertainty about the economic outlook could also mean the central bank might not hike as much as the seven rate increases that some economists forecast for this year.

Cabana expects Fed officials to forecast five hikes for 2022 and another four next year. The Fed previously anticipated three increases in both years. Cabana said the Fed could cut its forecast for 2024 to just one hike from the two in their last outlook.

Any comments from the Fed on what it plans for its nearly $9 trillion balance sheet will also be important, since officials have said they would like to begin to scale it back this year after they start hiking interest rates. The Fed replaces maturing Treasury bonds and mortgages as they roll off, and it could slow that in a process Wall Street has dubbed “quantitative tightening,” or QT.

“That they will be ready to flip the switch on QT in May is our base case, but we acknowledge there are risks that this will be skewed later,” said Cabana. He said if the Fed finds it is not in a position to raise interest rates as much as it hoped, it could delay shrinking the balance sheet right away, which would leave policy looser.

The 10-year Treasury yield topped 2% at its highest level Friday, after dipping below 1.7% earlier this month as investors sought safety in bonds. Bond yields move opposite price.

Cabana said the markets are showing signs of concern around the uncertainty in Ukraine. For instance, the Treasury market is less liquid.

“We have seen that the Treasury market has become more volatile. We’re seeing bid-ask spreads have widened. Some of the more traditionally less liquid parts of the market may have become less liquid, like TIPS and the 20-year. We’re also seeing market depth thinning out,” he said. “This is all due to elevated uncertainty and lack of risk-taking willingness by market participants, and I think that should worry the Fed.”

But Cabana said markets are not showing major stress.

“We’re not seeing signs the wheels are falling off in funding or that counterparty credit risks are super elevated. But the signs there are very much that all is not well,” he said.

“The other thing we continue to watch loosely are funding markets, and those funding markets are showing a real premium for dollars. Folks are paying up a lot to get dollars in a way they haven’t since Covid,” he said.

Cabana said the market is looking for reassurance from the Fed that it is watching the conflict in Ukraine.

“I think it would upset the market if the Fed reflected a very high degree of confidence in one direction or another,” he said. “That seems very unlikely.”

The dollar index was up 0.6% on the week and it has been rising during Russia’s attack on Ukraine. The index is the value of the dollar against a basket of currencies and is heavily weighted toward the euro.

Marc Chandler, chief market strategist at Bannockburn Global Forex, also points out that the dollar funding market is seeing some pressure but it is not strained.

“The dollar is at five-year highs today against the yen. That’s not what you would expect in a risk-off environment,” he said. “That’s a testament to the dollar’s strength.”

Chandler said it’s possible the dollar weakens in the coming week if it follows its usual interest rate hike playbook.

“I think there might  be a buy the rumor, sell the fact on the Fed,” he said. “That’s typical for the dollar to go up ahead of the rate hike and sell off afterwards.”

Oil on the boil

Oil gyrated wildly this past week, touching a high not seen since 2008, as the market worried there would not be enough oil supply due to sanctions on Russia. Buyers have shunned Moscow’s oil for fear of running afoul of financial sanctions, and the U.S. said it would ban purchases of Russian oil.

West Texas Intermediate crude futures jumped to $130.50 per barrel at the beginning of the week but settling Friday at $109.33.

“I think the market getting bid up to $130 was a little premature,” said Helima Croft, head of global commodities strategy at RBC, noting the U.S. ban on Russian oil. She said the run-up in prices Monday came as market players speculated there would be a broader embargo on Russian oil, including Europe, its main customer.