Yen’s down trend continued last week and even accelerated against commodity currencies. Persistent rally in benchmark yields, rebound in stocks, and diverging central bank expectations are expected to weigh on Yen further. Meanwhile, expected rate hike by Fed and BoE didn’t provide much support to Dollar and Sterling, as both closed among the weakest.

On the other hand Aussie and Kiwi ended as the best performer. Euro followed as third, but there was also sign of turning around towards the end of the week. The development in the coming days might decide whether Euro’s rebound has completed and selloff is returning.

Fed finally started the tightening cycle by delivering a 25bps rate hike to 0.25-0.50% last week. It also indicated that quantitative tightening will start “at a coming meeting”. Fed Governor Christopher Waller later said that he actually preferred 50bps, but voted for 25bps hike only because of geopolitical events. That’s probably the view of the majority in the FOMC. But then, by not “front-loading” the hikes now, Fed might risk being forced to doing it more aggressive later. The dot plot currently suggests a peak of 2.80% in federal funds rate next week, but that is clearly subject to revision based on upcoming developments. 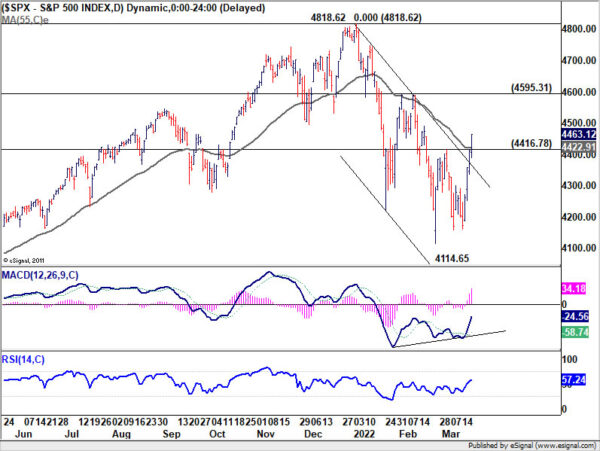 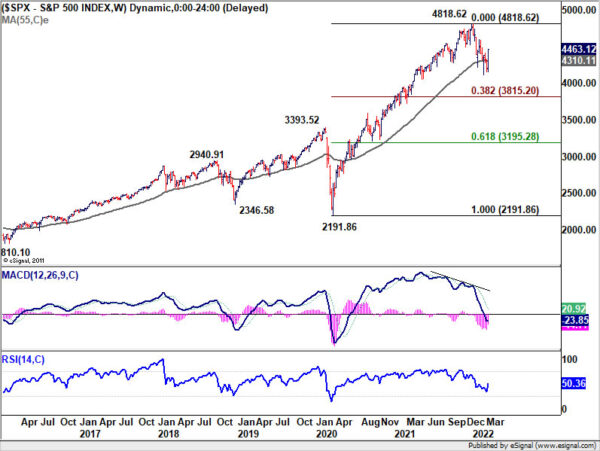 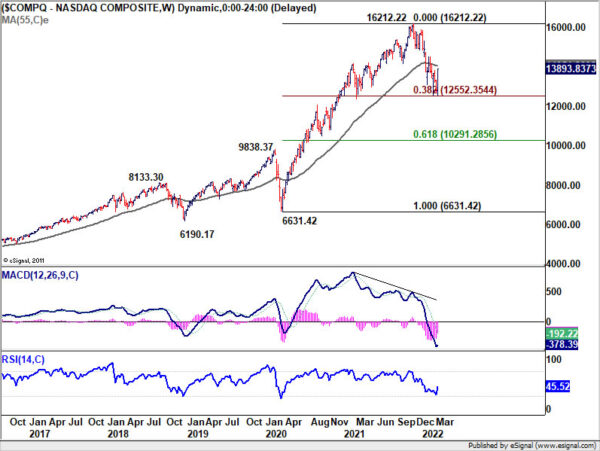 But in any case, break of prior week’s high at 2.021 is needed to be the first sign of short term topping. Otherwise, further rally is still in favor. Sustained trading above 2.159.87 will pave the way to 100% projection at 2.710, which would be a rather significant development. 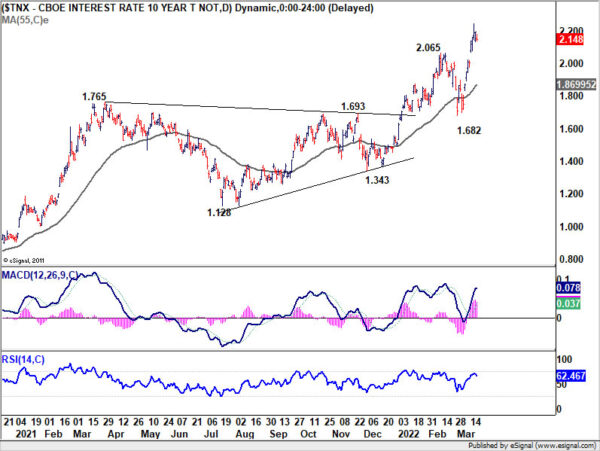 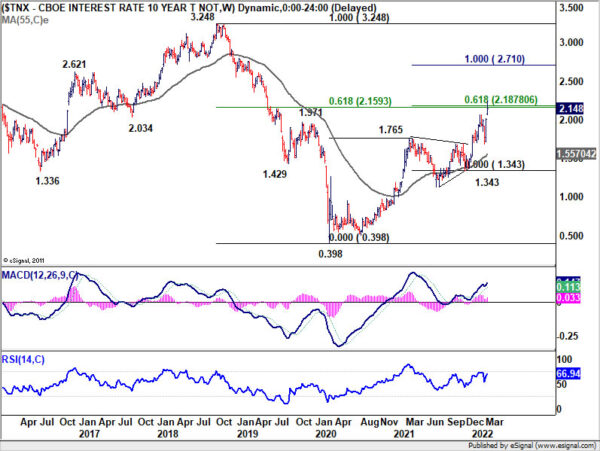 Yen ended as the worst performer on a combined factor of central bank divergence, rising global benchmark yields, and return of risk appetite. AUD/JPY was the top mover last week, gaining 3.12%. The strong break of 86.24 high confirms long term up trend resumption. Outlook will stay bullish as long as 85.87 resistance turned support holds. Next near term target is 161.8% projection of 78.77 to 84.27 from 80.34 at 89.23, which is close to 90.29 long term resistance. 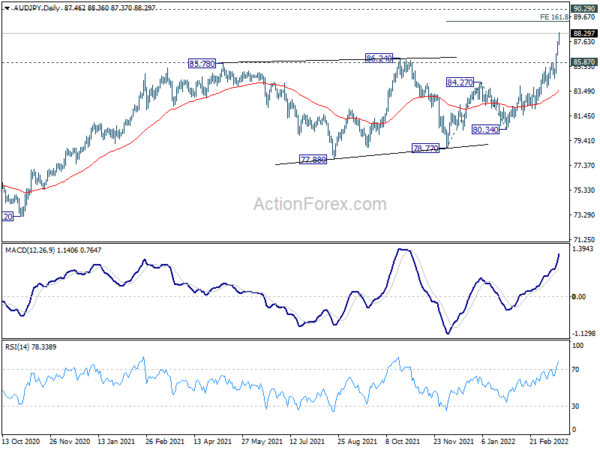 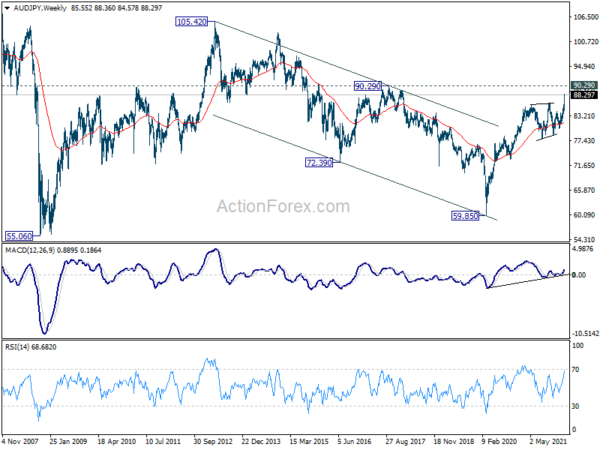 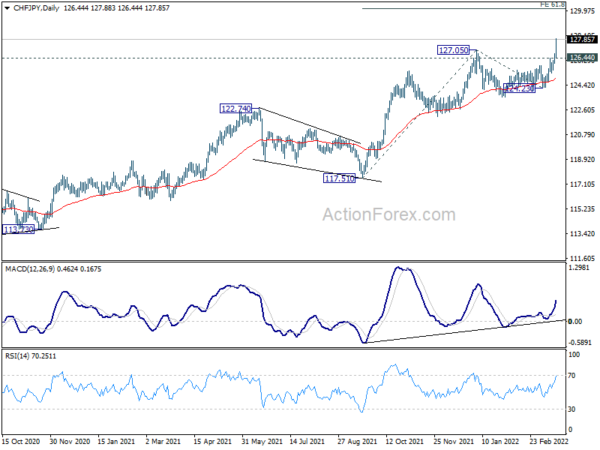 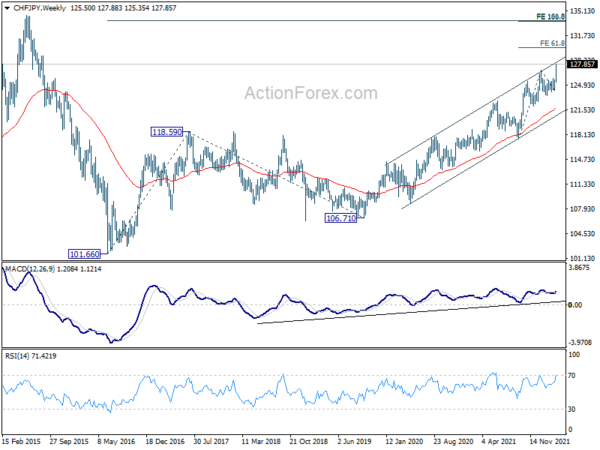 Euro spent most of the week attempting to extend the near term rebound. But its effort has somewhat faltered towards the end, except versus Yen. EUR/AUD’s break of 1.4920 support on Friday argues that the rebound from 1.4561 has completed at 1.5327 already. The rejection by 1.5453 support turned resistance keeps near term outlook bearish. Retest of 1.4561 low should be seen next. Break there will resume long term down trend from 1.9799. 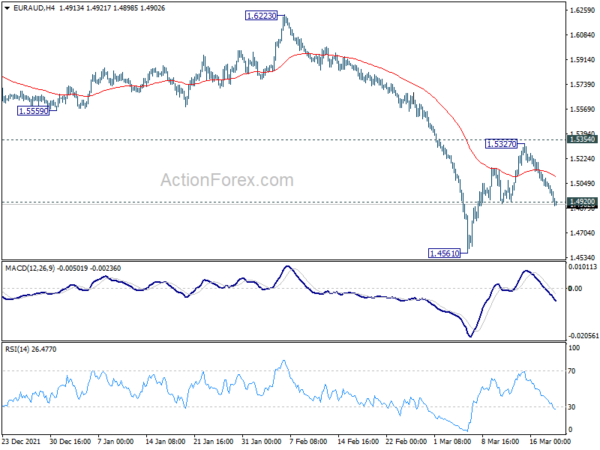 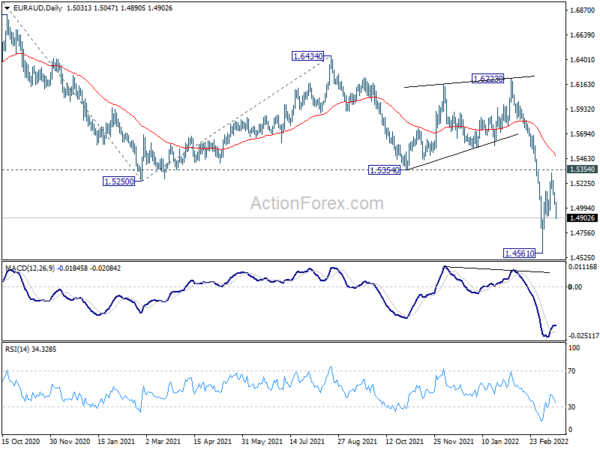 At same time, attention will be paid to development in EUR/CHF to confirm if selloff is back on Euro. The cross faced initial rejection by 38.2% retracement of 1.1149 to 0.9970 at 1.0420 and dropped notably to close the week. At this point, further rally could still be seen as long as 1.0184 support holds.

However, deeper decline this week, followed by break of 1.0184 support, should confirm that rebound from 0.9970 has finished. If happens, the development will keep medium term outlook bearish in EUR/CHF and bring retest of 0.9970 low first, even though there might still be another rebound before down trend finally resumes. Anyway, break of 1.0184 in EUR/CHF would be a sign of return to weakness in Euro in general. 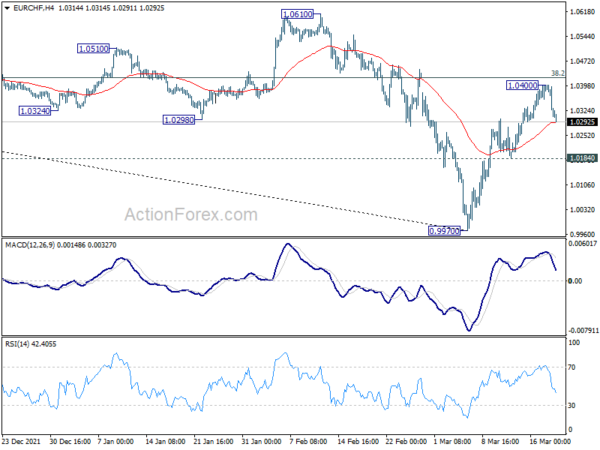 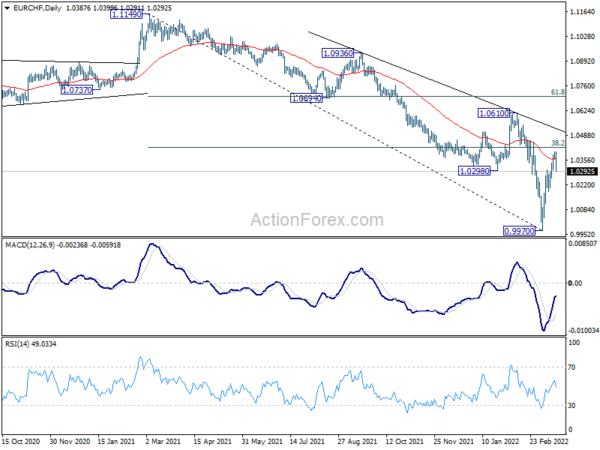 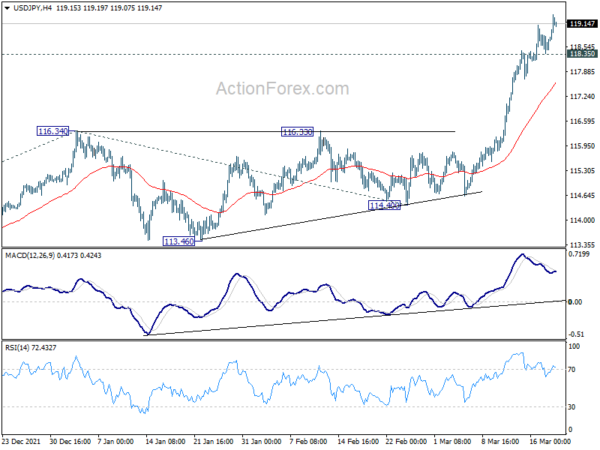 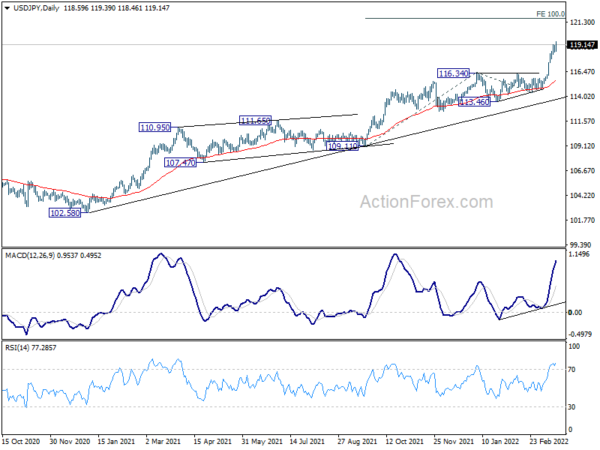 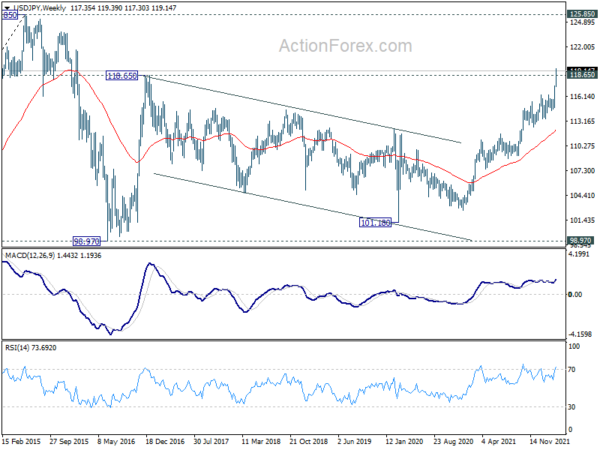 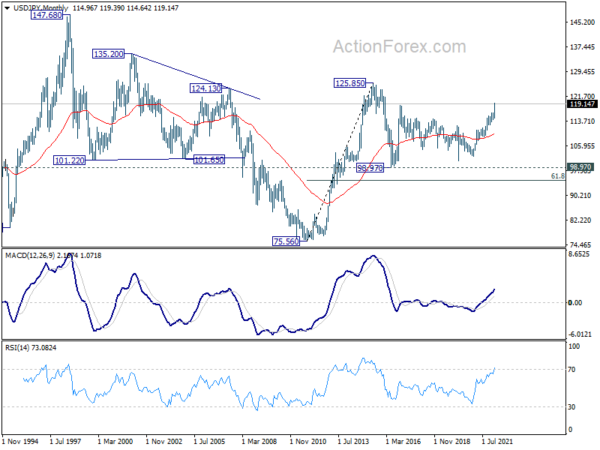