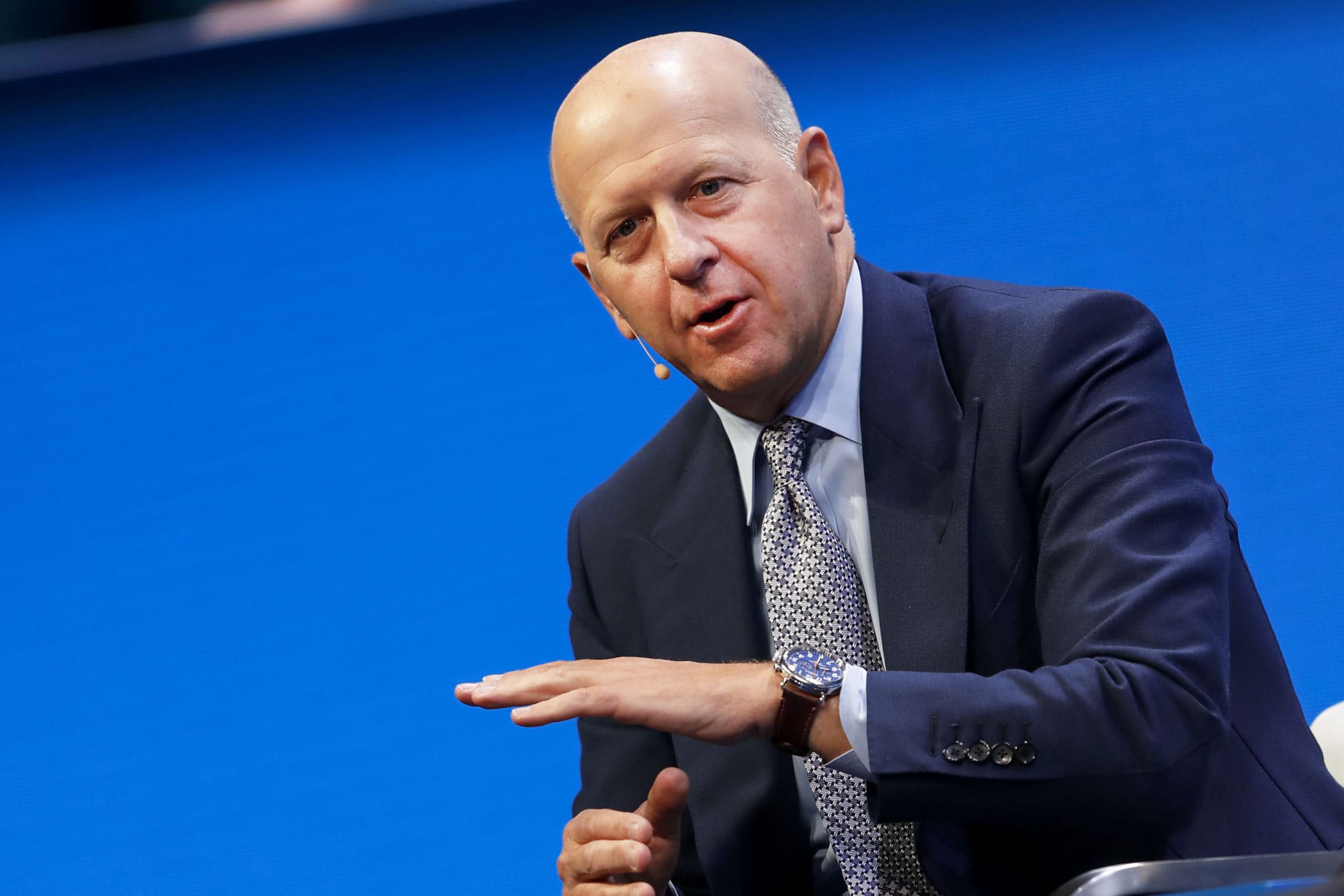 A Goldman Sachs Group Inc. logo hangs on the floor of the New York Stock Exchange in New York, U.S., on Wednesday, May 19, 2010.

Goldman Sachs is pushing further into the nascent market for derivatives tied to digital assets.

The firm is the first major U.S. bank to trade crypto over the counter, CNBC was first to report. Goldman traded a bitcoin-linked instrument called a non-deliverable option with crypto merchant bank Galaxy Digital, the two firms said Monday.

The move is seen as a notable step in the development of crypto markets for institutional investors, in part because of the nature of OTC trades. Compared with the exchange-based CME Group bitcoin products Goldman began trading last year, the bank is taking on greater risk by acting as a principal in the transactions, according to the firms.

That Goldman, a top player in global markets for traditional assets, is involved is a signal of the increased maturity of the asset class for institutional players such as hedge funds, according to Galaxy co-President Damien Vanderwilt.

“This trade represents the first step that banks have taken to offer direct, customizable exposures to the crypto market on behalf of their clients,” Vanderwilt said in an interview.

The options trades are “much more systematically relevant to markets compared to cleared futures or other exchange-based products,” Vanderwilt said. “At a high level, that’s because of the implications of the risk banks are taking on; they’re implying their trust in crypto’s maturity to date.”

Hedge funds have been seeking derivative exposure to bitcoin, either to make wagers on its price without directly owning it, or to hedge existing exposure to it, the firms said. The market for these instruments is mostly controlled by crypto-native firms including Galaxy, Genesis and GSR Markets.

“We are pleased to have executed our first cash-settled cryptocurrency options trade with Galaxy,” Max Minton, Goldman’s Asia Pacific head of digital assets, said in a statement. “This is an important development in our digital assets capabilities and for the broader evolution of the asset class.”

“The next big step that we are envisioning is the development of options markets,” he said.