Dollar is paring some gains today but remains the strongest one for the week. Canadian Dollar is currently the second best. Euro is trying to recover but remains the second worst, just next to Sterling. Yen is trying to recover against Dollar too, but stays weak against European majors. Aussie and Kiwi are mixed for now but there is prospect of more recovery before the week ends. 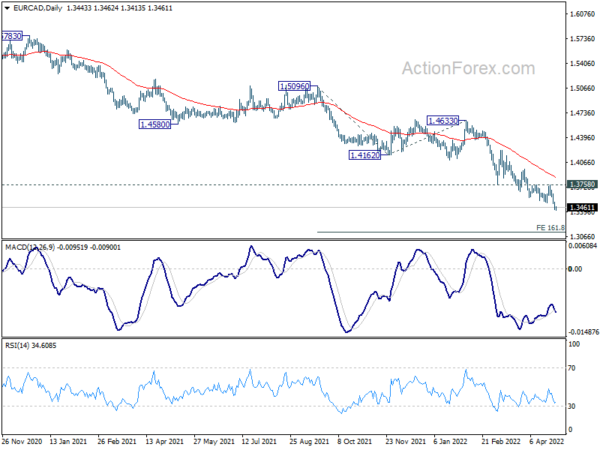 Swiss KOF Economic Barometer improved from 99.7 to 101.7 in April, above expectation of 99.3. It’s back above long-term average of 100 after dipping below that level in March. Outlook for the Swiss economy is therefore rather favorable in the short term.

KOF said, accommodation and food service activities and the other services sector are responsible for the rise. On the other hand, indicators for foreign demand are currently the strongest drag.

It added, “this contrast highlights the tension between Corona easing and international burdens, especially the Ukraine war.”

Eurozone GDP Q1 GDP and CPI are the main focuses in European session. Later in the day, Canada will release GDP. US will release personal income and spending, with PCE inflation. .

A temporary top is formed at 1.2879, ahead of 1.2899 resistance, with current retreat. Intraday bias in USD/CAD is turned neutral first. Further rise will remain mildly in favor as long as 1.2675 resistance turned support holds. Above 1.2879 should resume rise from 1.2401 towards 1.3022 fibonacci level. Decisive break there will carry larger bullish implications. However, break of 1.2675 will dampen this bullish view and bring deeper fall back to 1.2401 support instead. 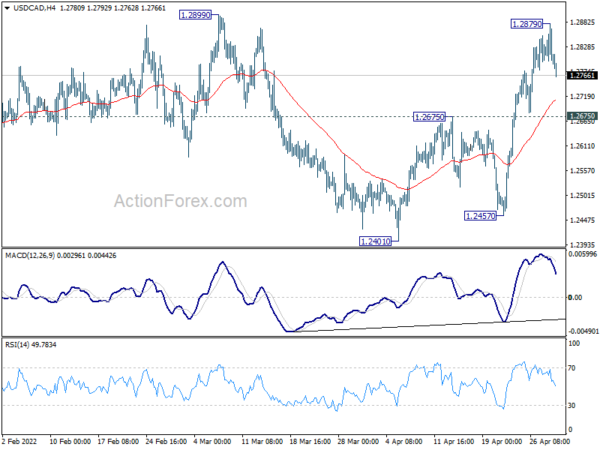 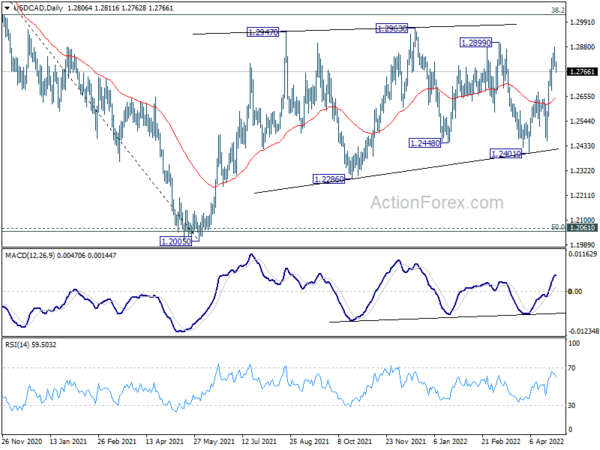