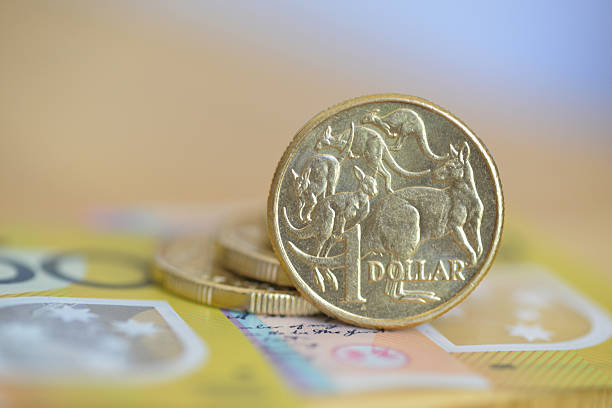 In Australia this week, the market had a singular focus – inflation.

The Q1 CPI report did not disappoint, with both headline and trimmed mean core inflation coming in ahead of our top-of-the-market expectation. Highlighting the historic significance of the result, headline inflation’s 2.1% gain was the largest since the introduction of the GST more than two decades ago and took the annual rate from 3.5% to 5.1%. Trimmed mean core inflation’s 1.4% gain was similarly the largest since the ABS series began in 2002 and, on RBA historical estimates, the biggest rise since December 1990. Annual trimmed mean inflation now stands at 3.7%, also materially above the top of the RBA’s 2-3%yr medium-term target range.

Our bulletin on the release provides detail on the composition of prices pressures. Of particular note was not only the scale of energy and supply-chain shocks, but also the breadth of price increases overall. Of all the items in the CPI basket, the proportion seeing prices rise at an annual rate of 2.5%yr or more increased from 32% to 66% in March.

On the back of this report, Chief Economist Bill Evans outlined an adjustment to our near-term expectations for the RBA. Instead of forecasting a 40bp first increase in June, we now anticipate a 15bp increase in May followed by a 25bp rise in June. The remainder of our forecast profile is unchanged, with a run of 25bp increases to follow in July, August, October and November, taking the cash rate to 1.50% by end-2022. The final two hikes of the cycle are then expected in February and May 2023, resulting in a peak cash rate of 2.00%. Westpac’s forecast peak is materially lower than that of the market. The primary justifications for our view are Australian households high debt levels, giving each rate increase and outsized effect versus history, and the impact of elevated inflation on real incomes.

Turning to the US. In Q1, GDP surprised materially to the downside, a 1.4% annualised contraction reported against expectations of a 1.0-1.5% annualised gain. While a shock, the detail of the report make clear this is not an outcome that will dissuade the FOMC from normalising policy at pace. This is because the decline in activity came as a result of reduced inventory restocking and strength in imports, both stemming from buoyant household consumption and a jump in equipment investment in the three months to March. In contrast to the 1.4% annualised decline in GDP, domestic final demand instead rose at a 2.7% annualised pace – just above the 10-year average for the series.

The Q1 outcome will cause complications for assessing GDP’s momentum throughout 2022, and there is a material risk of another ‘surprise’ quarter. So, in assessing the outlook for growth, it is best to continue to focus on domestic demand. From a 3.0% annualised pace in the first half of 2022, we expect momentum to slow to trend in the second half (circa 2.5%); it is only in 2023 as the full effect of the FOMC’s rate hikes and the associated tightening of financial conditions are felt that domestic demand growth is likely to fall materially below trend, to around 1.5% by the second half of the year. Along with dissipating price pressures and risks, we expect this activity outturn to justify the FOMC stopping rate hikes at the December 2022 meeting at a fed funds rate of 2.375% and, come 2024, to cut twice back to 1.875% to sustain GDP growth near potential.

The Euro Area has seen little data of significance this week, with the April CPI and Q1 GDP reports still to come. In the meantime, the focus has remained on risks to growth from Russia’s invasion of Ukraine, particularly Russia’s threat to turn off the Euro Area’s gas supply. The ECB and the majority of private forecasters (including Westpac) continue to believe that activity growth will remain positive in 2022 even if gas supplies are impacted. However, it is important to recognise the immense uncertainty at play. Not only could energy shortages affect production and employment late in the year, but the hit to real incomes from persistent rapid inflation and the flow-on consequences for sentiment are a concern from now into 2023. Prices, activity and sentiment will need to be continuously assessed in the months ahead.