The USD is moving lower across the board as gap between FED and other CB is narrowing. We see more and more ECB members and speculation for a potential 50bp hike which is the main reason for stronger euro these days. There was also RBNZ that lifted rates as expected and was ready for more, so USD is mostly trading south. At the same time stocks also found some support as US yields come down so this is another reason for USD pullback. From an Elliott wave perspective we see EURUSD turning higher, breaking the channel resistance line so it appears that the fifth wave is finished as we talked about in our past updates. Recovery is quite strong so ideally, that’s wave (A) first leg of a higher degree recovery which can see even move up to 1.08/1.09, but after wave (B) set-back which can see a pullback in the very near-term.

Looking for final wave C of a big complex correction from 2008 highs. The market may try to build a base near 1.0 level later this year. 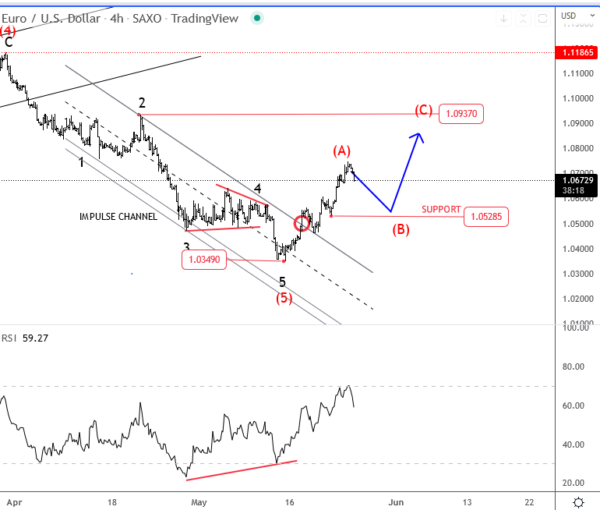