Weakness in Yen and Swiss Franc are both staying under selling pressure today, and there is not clear sign of bottoming yet. Sterling is currently the stronger one for the week but there is no clear breakthrough. Aussie and Loonie are digesting some gains but remain firm. Meanwhile, Dollar is mixed for now, together with Euro. Both Dollar and Euro might need to wait until ECB rate decision and US CPI to find a clear direction.

Technically, some attention will be paid to EUR/CAD for the rest of the week. It’s fall close to 1.3383 support as fall from 1.3806 extends. Firm break there will resume medium term down trend to 1.3019 support (2015 low), which is close to 1.3 handle. However, break of 1.3538 minor resistance will ease immediate selling pressing and extend the sideway pattern from 1.3383 with another rising leg. The next move in EUR/CAD could provide a hint on that of EUR/USD. 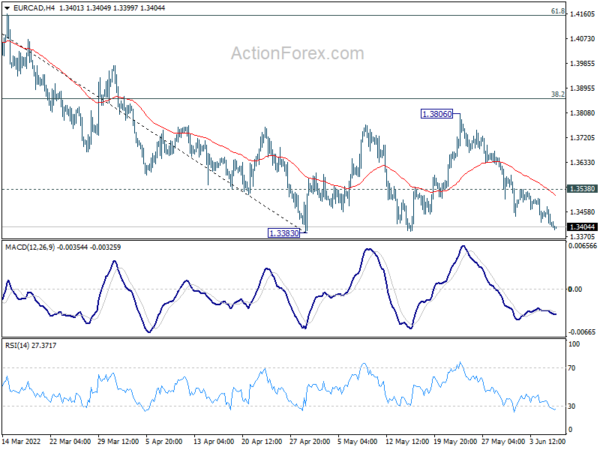 CHF/JPY resumes up trend, targeting 140 next

While Swiss Franc and Yen are both the biggest losers for the month so far, Yen is worse by a mile. BoJ is clear that it’s going to maintain the current ultra-loose monetary easing. On the other hand, SNB is sounding more and more open to adjustments on its monetary policy to counter inflation. In particular, if ECB is going to exit negative interest rates later in the year, there is prospect of SNB following, at least with a rate hike. 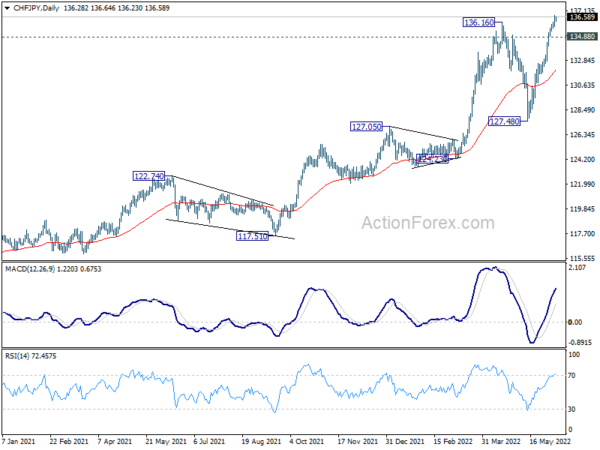 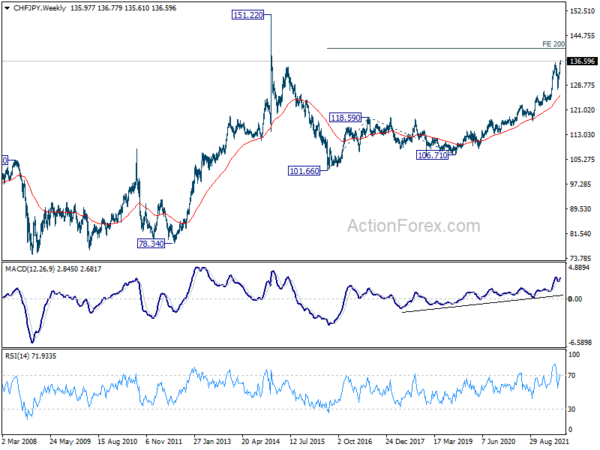 Range trading continues in EUR/USD and intraday bias remains neutral. On the downside, break of 1.0626 minor support will indicate rejection by 55 day EMA, and turn bias back to the downside for retesting 1.0348. On the upside, break of 1.0786, and sustained trading above 55 day EMA (now at 1.0757) will target 1.0935 resistance next. 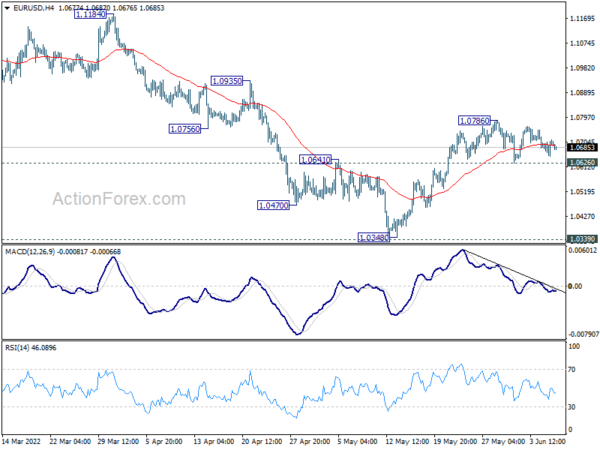 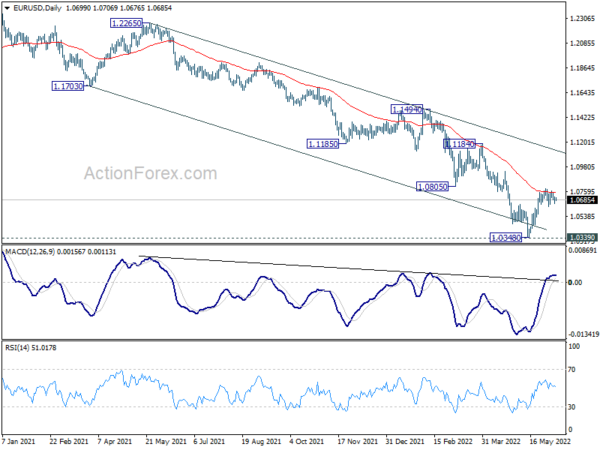