The main focus remains on Yen’s selloff today, on the back of widening yield spread between Japan JGB and other major benchmark treasuries. Meanwhile, Euro appears to be strengthening in general too. Traders are probably buying up the Euro in anticipation on a hawkish ECB policy decision and press conference tomorrow. The central should without a doubt announce the end of asset purchases after June. The question is whether President Christine Lagarde would hint on a larger rate hike in July, or a conservative one. 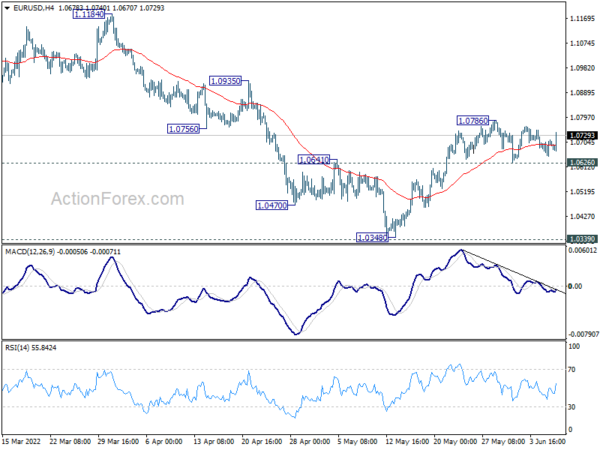 UK PMI Construction dropped from 58.2 to 56.4 in May, below expectation of 56.9. S&P Global said total activity expanded at the slowest pace since January. Housing remained worst-performing category. Optimism was lowest since August 2020.

Tim Moore, Economics Director at S&P Global Market Intelligence: “May data signalled a solid overall rise in UK construction output as resilience across the commercial and civil engineering segments helped to offset weakness in house building. Residential construction activity was close to stagnation… New order volumes expanded at the slowest pace since the end of 2021…

“Concerns about the business outlook were signalled by a fall in construction sector growth projections to the lowest for more than one-and-a-half years in May. Around 19% of construction firms predict an outright decline in business activity during the year ahead, up from just 5% at the start of 2022.”

BoJ Governor Haruhiko Kuroda said today that Yen’s depreciation is “positive to the economy as long as the moves are stable”. He added, “various macroeconomic models show weak yen is positive.. But he also reiterated that it’s important for exchange rate to move “reflecting fundamentals”.

Kuroda also retracted the remain made earlier on inflation which triggered massive social media backlashes. He told reporters at the Prime Minister’s Office, “I did not mean that consumers are voluntarily accepting the price increases. I apologize if my words led to a misunderstanding.” 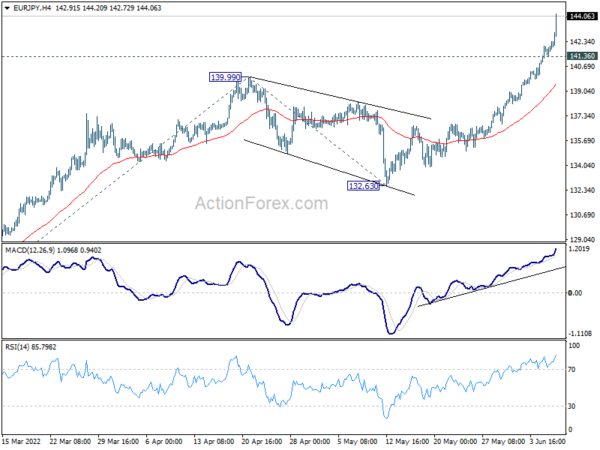 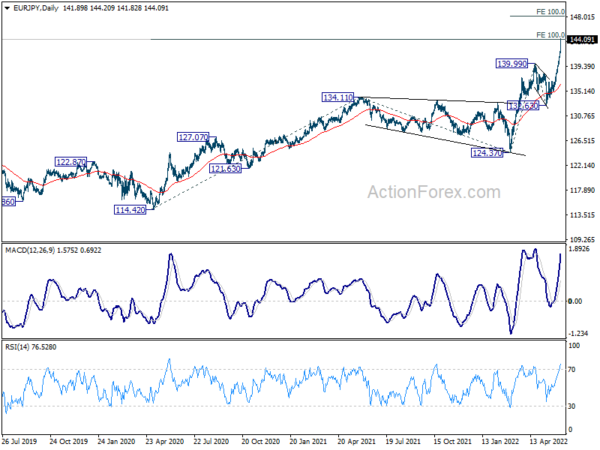