Worries of stagflation intensified a whole lot last week. In particular, even the habitually cautious ECB pre-committed to rate hikes in July and September, while delivering new economic forecasts with sharply higher inflation and lower growth projections. Selloff in risk markets accelerated further after US CPI re-accelerated to new 40-year high. The hope of inflation having peaked was dashed. Fed is more likely than not to continue with its plan of 50bps hike per meeting through September. Higher prices and rates will suppress consumer spending and eventually bite back the economy.

Dollar ended as the strongest one, as both supported by risk aversion and rising treasury yields. Yen was originally the run away loser, but it did come back to live on risk aversion on Friday. Swiss Franc was the second worst. Euro’s performance was disappointing given the more hawkish than expected ECB. Other mostly traded currencies were mixed against each other.

In the US, S&P 500’s fall started in Thursday, followed by a gap down on Friday and accelerated selloff. The development suggests that oversold bounce from 3810.32 has completed at 4177.41. Rejection by 55 day EMA keeps near term outlook bearish. 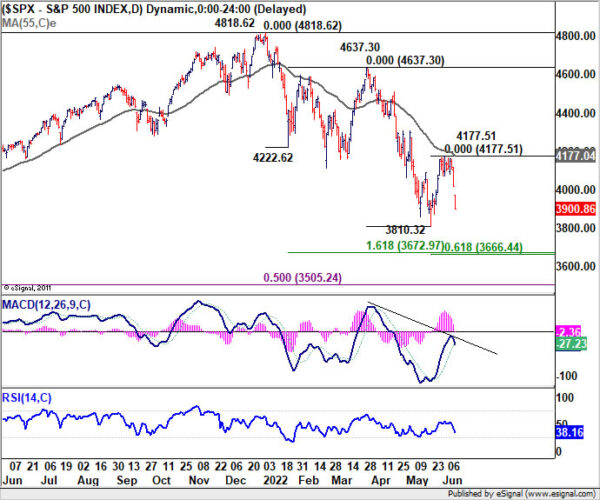 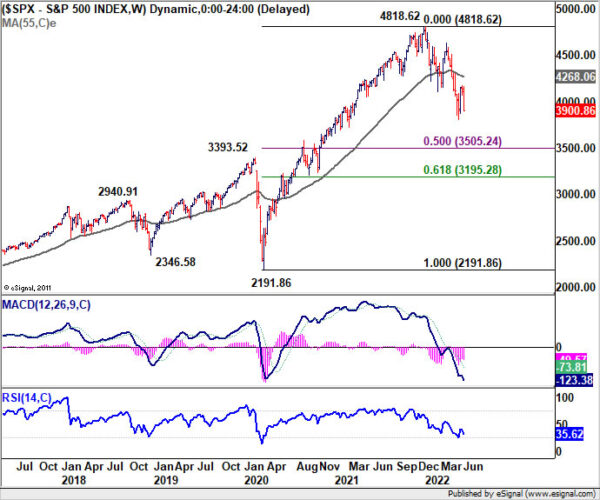 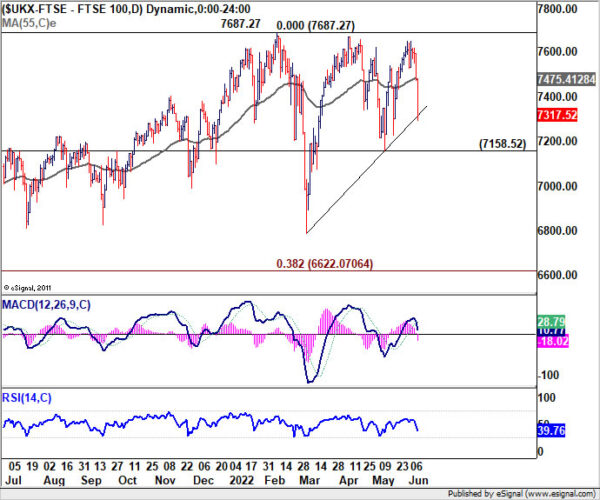 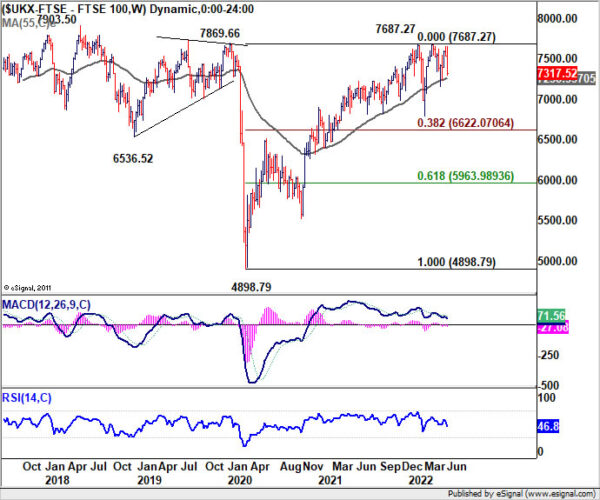 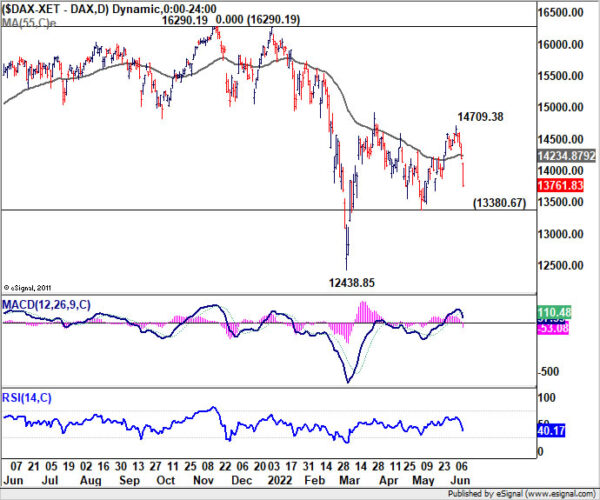 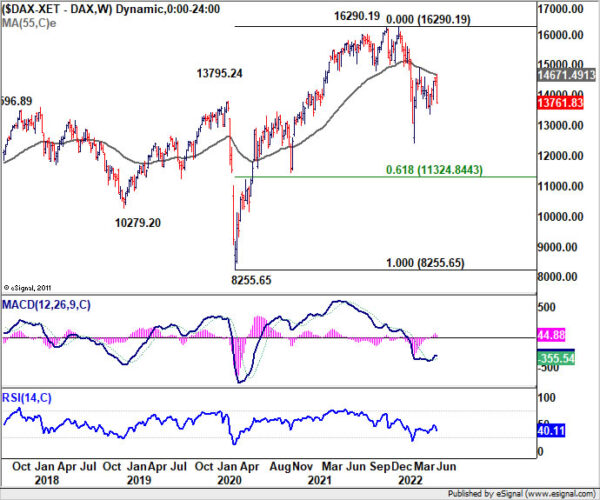 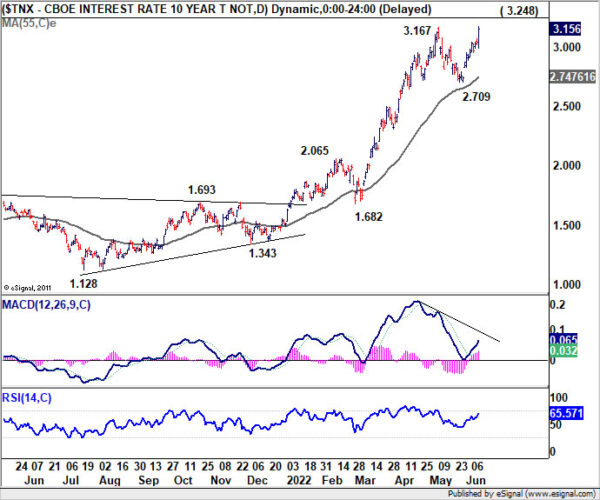 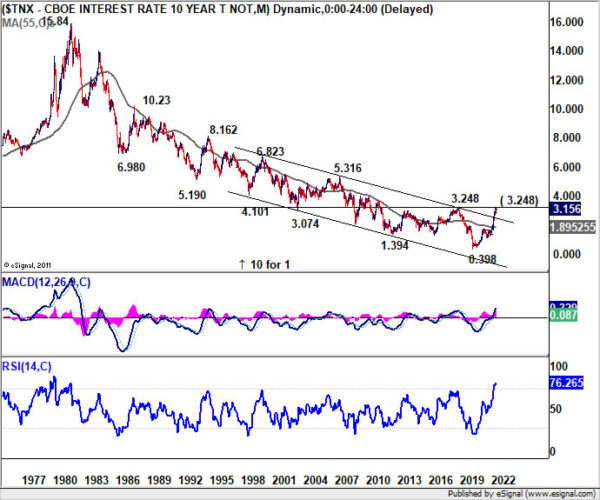 Dollar index might be ready to resume long term up trend

Dollar index’s rebound from 101.29 extended higher last week. The strong support seen from 55 day EMA is a bullish sign. Current upside acceleration raising the chance of up trend resumption. Near term focus is back on 105.00 high. Rejection by 105.00 will extend the corrective pattern from there with another falling leg, probably with one more take on 55 day EMA. 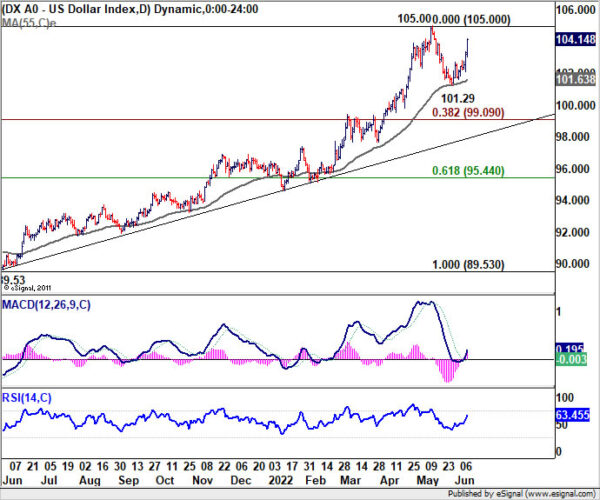 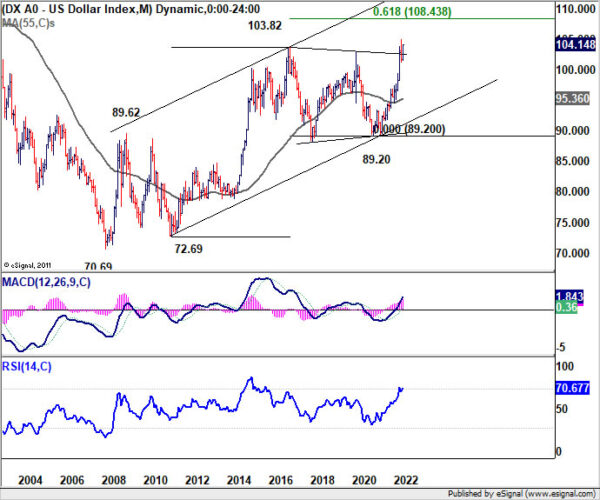 USD/JPY heading to 150? Or Japan will intervene?

Yen dropped to the lowest level against Dollar since 2001 last week. The selloff in Yen was originally broad based, but it managed to recover against most others on risk aversion on Friday. Widening yield gap will keep the Japanese currency pressured. But the question is whether current development is enough to trigger intervention by the government, or any action by BoJ.

In rare occasion, the Ministry of Finance, the Financial Services Agency, and BoJ issued a statement, expressing concerns. The statement noted that “we are worried about the rapid depreciation of the yen”. The government and BoJ will work to “closely monitor the trends” and their impact on the economy. Most importantly, it noted that based on G7 agreement, “excessive fluctuations and chaotic movements” can lead to “appropriate action if necessary. 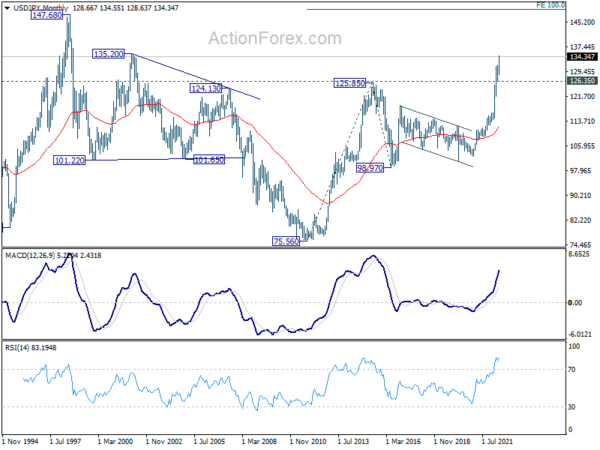 Gold’s reversal on Friday is impressive and worth a mention. It initially dived to 1824.93 after US CPI release, but then rebounded to close at 1871.47, after breaching 1873.88 resistance. An environment where global interest rates are on the way up should be unfavorable to Gold. Yet, it’s attracting some safe-haven flows (much less than Dollar), when funds are rushing out of treasuries and stocks.

Technically, there is upside potential for the near term. But key hurdle lies 1900 handle, which is close to 1894.77 support turned resistance and the near term falling channel resistance. Strong resistance could be seen from this handle to complete the corrective recovery from 1786.65. 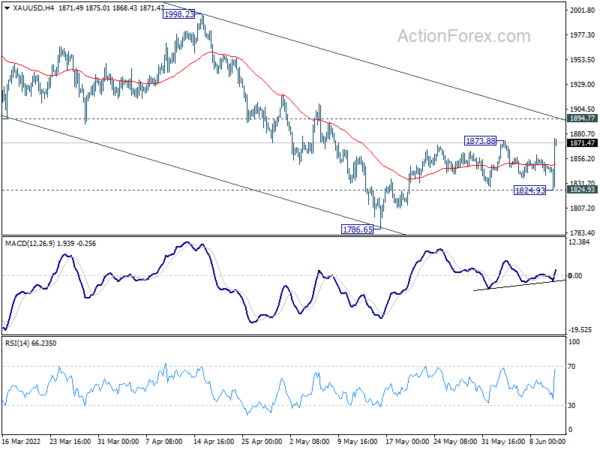 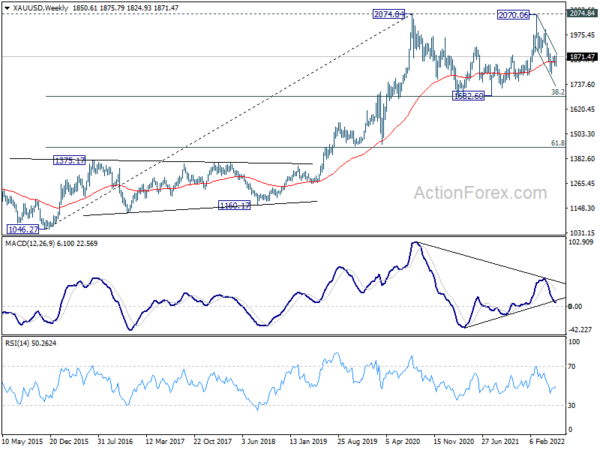 EUR/USD’s late decline last week suggests that corrective recovery from 1.0348 has completed at 1.0786, after rejection by 55 day EMA. Initial bias stays on the downside this week for retesting 1.0348 and 1.0339 long term support. Decisive break there will resume larger down trend. On the upside, above 1.0641 minor resistance will turn intraday bias neutral first. 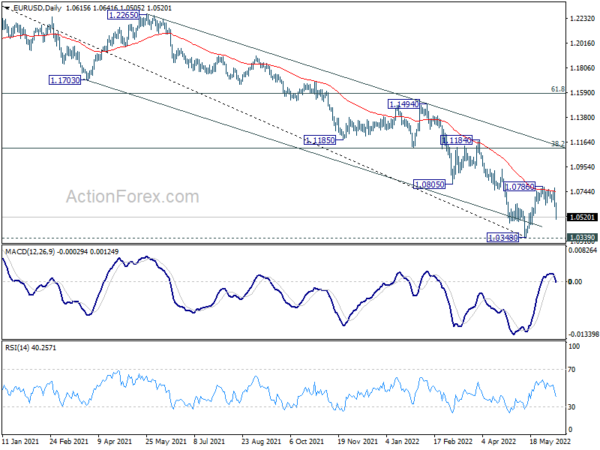 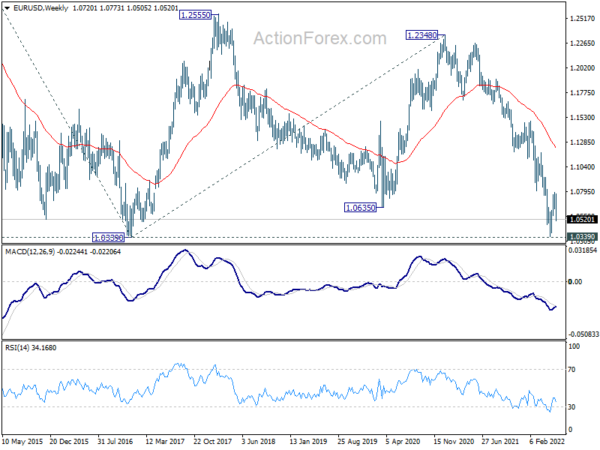 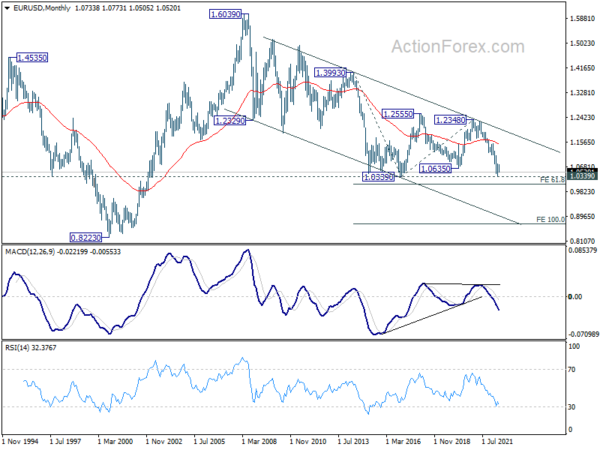