Yen Selloff is Back as USD/JPY Resumes Up Trend

Yen’s selloff accelerates today as US stocks are set to stage a rebound after the long weekend. For now, Euro is the strongest one with help from rebound against Sterling and Swiss Franc. It’s followed by Canadian Dollar, which is supported by slightly better than expected retail sales data. On the other hand, Kiwi and Aussie are the weakest one, following Yen. 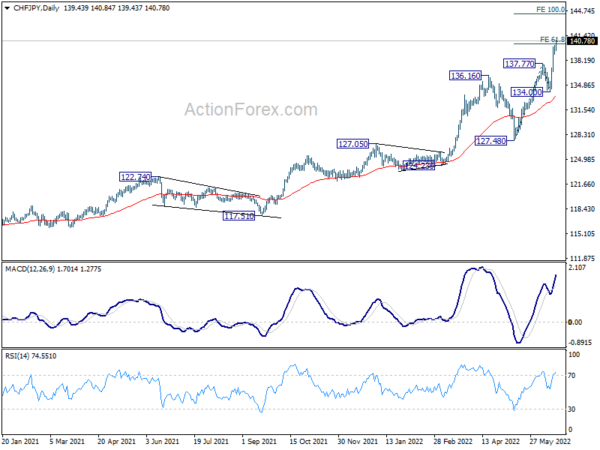 Canada retail sales rose 0.9% mom to CAD 60.7B in April, slightly above expectation of 0.8% mom. Sales were up in 6 of 11 subsectors. Excluding gasoline stations and motor vehicle and parts dealers, sales rose 1.0% mom.

Preliminary data suggests that sales rose 1.6% mom in May.

ECB Governing Council member Olli Rehn said, “with inflation rising sharply, there has been good reason to expedite the normalization of monetary policy,”

“The impacts of Russia’s brutal war are being felt around the world, and people are having to pay higher prices for energy and food,” he said.

BoE Chief Economist Huw Pill said today, “we will do what we need to do to get inflation back to target. And at least in my view, that will require further tightening of monetary policy over the coming months.”

“Terms of trade shock means UK will be poorer, UK must decide how that reduction in income will be distributed.”

RBA Lowe: Going to be some years before inflation back in target range

He also emphasized, “as we chart our way back to 2 per cent to 3 per cent inflation, Australians should be prepared for more interest rate increases.”

“In the next month or so, we’ll be doing a full forecast update, but it’s going to be some years, I think, before inflation is back in the 2-3 per cent range, he added.

“I don’t see a recession on the horizon,” Lowe said. “If the last two years has taught us anything, it’s that you can’t rule anything out. But our fundamentals are strong, the position of the household sector is strong, and firms are wanting to hire people at record rates. It doesn’t feel like a precursor to a recession,” he said.

New Zealand Westpac consumer confidence dropped sharply from 92.1 to 78.7 in Q2. That’s the lowest level on record, and well below long-term average at 110.2.

Westpac said: “The pressure on household finances and sharp fall in confidence reinforces our expectations for a downturn in household spending – and economic growth more generally – over the coming months”.

“The RBNZ’s own projections show the cash rate rising to 3.9%, while financial markets have started to price in the chance that it could go as high as 4.5%…

“If there is a more abrupt slowdown in spending than the RBNZ anticipates, then it’s likely that increases in the cash rate will be more measured.”

Kishida also said, “monetary policy affects not just currency rates, but the economy and smaller firms’ businesses. Such factors must be taken into account comprehensively.”

Separately, Finance Minister Shunichi Suzuki said, “I’m concerned about the rapid yen weakening seen recently.” He added that the government will “closely liaise” with BoJ on watching the exchange markets with “even greater sense of urgency”.

“We will respond appropriately if necessary while keeping close communication with currency authorities from other countries,” Suzuki said. 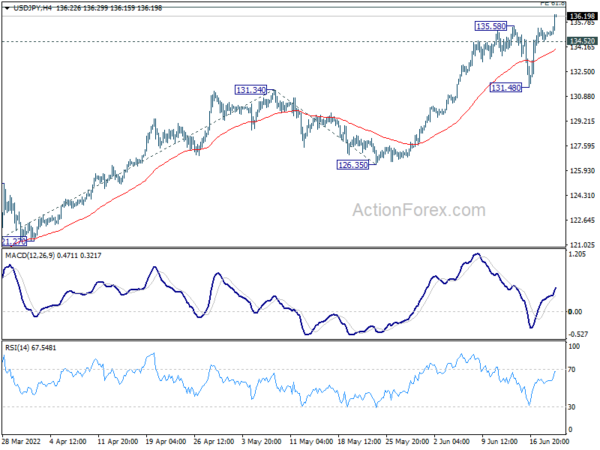 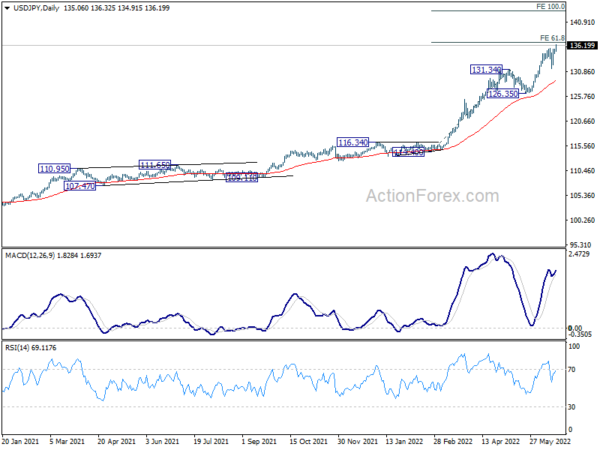