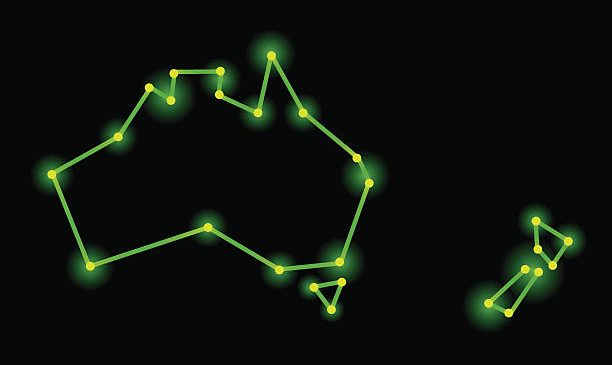 In Australia and abroad, it was a quiet week for data, keeping the focus on monetary policy.

At home, the July RBA minutes and speeches by RBA Governor Lowe and Deputy Governor Bullock made clear there is more work to do to contain inflation and related risks. The minutes of the July meeting showed little debate over the choice between a 25bp or 50bp hike, with the latter seen as appropriate given “the level of interest rates was still very low for an economy with a tight labour market and facing a period of higher inflation”. “Members [also] agreed that the outlook for domestic economic activity had [only] eased a little.” Consumption is to be carefully monitored given the sharp drop in consumer confidence in recent months, but the strength of the labour market; accumulated savings; and the still–elevated level of the savings rate give cause for a sanguine baseline view for near–term spending. The strong financial position of Australian households was further elaborated on by Deputy Governor Bullock in her speech.

The July minutes also noted that “the current level of the cash rate is well below the lower range of estimates for the nominal neutral rate” albeit without giving clarity on what level was seen as neutral. Governor Lowe subsequently provided further detail, outlining in his speech that “most approaches [to modelling neutral] suggest that the neutral real rate for Australia is at least positive” and so, assuming inflation averages 2.5%yr over time, “the neutral nominal rate is at least 2½ per cent”.

Following the above RBA comments and last week’s labour force survey, Chief Economist Bill Evans today unveiled revisions to our forecasts for 2022–2024. With the RBA perceiving neutral as “at least” 2.5%, the labour market historically tight and inflation risks material, we now forecast 50bp increases in August and September to be followed by 25bp increases each month until February 2023 to a peak cash rate of 3.35%. While this course will, in time, bring inflation back to target, there will also be a significant cost for growth and the labour market. In 2023 and 2024, GDP growth is now forecast to be 1.0% and 2.0% (previously 2.0% and 2.5%) while the unemployment rate is projected to rise by 2ppts to around 5.0% end–2024. Rate cuts in 2024 should subsequently stabilise the economy and also the housing market, the latter after a circa 16% peak–to–trough decline through 2022 and 2023.

Further emphasising a need for careful monitoring of inflation pressures in the antipodes, New Zealand’s Q2 CPI came in ahead of expectations at 1.7%/7.3%yr as a result of supply–side factors and tight domestic capacity. While our New Zealand team expect Q2 to prove the peak period for CPI inflation, they do not expect to see annual inflation back within the RBNZ’s target range until the middle of 2023 – at the earliest. However, with the RBNZ’s tightening cycle already well advanced, much of the inflation seen to date coming from offshore, and early signs that the domestic economy is cooling, our New Zealand team continue to believe a 50bp hike in August followed by two additional 25bp increases will close out this tightening cycle at 3.50% in November. That said, ahead of the August meeting, it will be important to monitor the next round of labour market outcomes to assess upside risks emanating from domestic factors.

Australia’s Q2 CPI report is due next week; a headline outcome similar to that seen in New Zealand is anticipated.

The long–awaited July ECB meeting also delivered a hawkish surprise this week, with the Governing Council deciding to lift all of their key rates by 50bps after previously telegraphing a 25bp first move. Underlying this decision were concerns around the inflation outlook (headline 8.6%yr; core 3.7%yr) and inflation expectations despite the latter presently being well anchored. As with many central banks across the developed world, the ECB’s front–loaded start to this tightening cycle is a clear indication of their commitment to return inflation back to their medium–term target of 2%.

The economic impact of the ECB’s rate hike is expected to be cushioned by the introduction of a new tool to manage fragmentation risks. The Transmission Protection Instrument (TPI) will provide unrestricted support through purchasing government debt securities in markets where uneven monetary policy transmission is present, with some room to consider corporate debt if need be. Until its activation, the ECB will continue to employ ongoing reinvestments of proceeds from maturing securities in a flexible manner across Euro Area rate markets.

On the broader outlook, the ECB seemed quite sanguine given the strength of the labour market and the reopening; however, they acknowledged considerable uncertainty clouds the outlook. Russia’s invasion of Ukraine hit confidence hard and materially weakened growth prospects, while tighter lending standards already look to be impacting households and businesses. Still, the inflation challenge remains the clear focus; hence we still expect the ECB to raise the main refinancing rate by 50bp in September and to a year–end peak of 1.50%.

Turning then to the US. While profit reporting season provided many positive surprises for the market this week, economic updates disappointed yet again. Existing home sales fell over 5% in June as affordability and market supply continued to restrict activity; and housing starts fell another 3% after a near 12% fall in May. Received last Friday, though retail sales marginally beat expectations in June, adjusted for inflation, activity in the sector fell again, increasing the odds of a second consecutive quarter of negative GDP growth in Q2. As we continue to emphasise, the key risk for the US is not a technical recession but rather a prolonged period of stagnation, impacting activity and employment outcomes into the medium–term. Increasingly this risk is set to weigh on US term interest rates and the dollar; if a further deterioration in conditions is seen in coming months, either or both of the last two hikes we forecast for the FOMC this cycle could also come up for renewed debate.

Finally to China. Late last week we received Q2 GDP and the final partial data for June. While the market received the large negative outcome for Q2 GDP it was anticipating, the key partial data was constructive on growth prospects into year end and for 2023. Notably, despite the heavy burden of COVID–zero restrictions through Q2, nominal fixed asset investment growth sustained above 6% year–to–date throughout Q2. The trade surplus also continued to print successive highs during the quarter as exports grew strongly and imports growth slipped. Heading into Q3, retail also looks to have momentum, annual growth having recovered from –11% in April, when COVID–zero policies were in full effect, to +3% by June. The Q2 GDP outcome likely rules out authorities’ 5.5% growth ambition being achieved on a year–average basis in 2022, but it can still be seen through the year to December as long as the economy is able to rebound without restriction during the second half. A similar annual gain through 2023 would see year–average growth for 2023 at 7.0% after a 3.5% gain in 2022.