Pound benefited from stronger than expected UK PMI data, but remains weighed by weaker Euro on downbeat EU PMI’s and also by a new legal procedure the European commission launched against Britain over some rules governing post-Brexit trading arrangements for Northern Ireland.

Technical studies on daily chart remain bearishly aligned and maintain pressure, with weekly close below 1.20 barrier to add to negative signals, though only sustained break below 10DMA would confirm recovery stall and shift near-term focus lower. 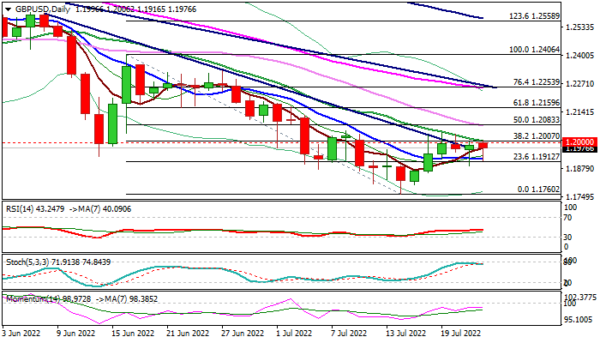