Aussie and Kiwi firm up mildly in Asian session, following the rebound in risk markets. But overall, the currency markets are rather quiet, with major pairs and crosses stuck inside last week’s range. Traders are probably holding their bets for now, and await today’s BoE rate decision. Another big event of US non-farm payroll employment will come tomorrow. 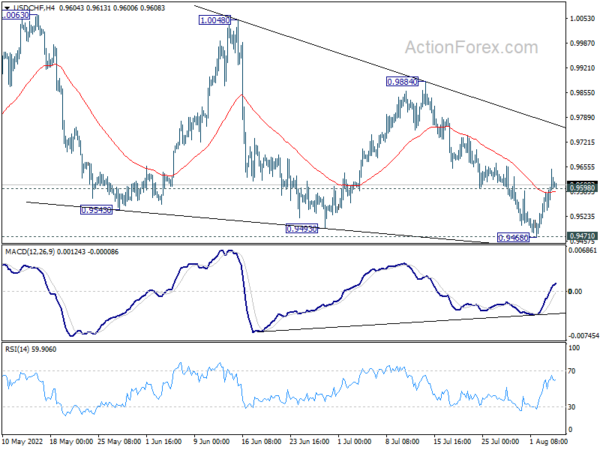 Fed Kashkari: Likely scenario is continuing rate hikes and then sit there

Minneapolis Fed President Neel Kashkari said yesterday that Fed moved too slowly in 2021 in tackling high inflation. He’s concerned that inflation is pulling wages up and there are risks of going into a wage-driven inflation story. As inflation is spreading, he said that Fed need to act with urgency.

There are some financial markets that are indicating that Fed will cut interest rates in 2024. But Kashkari said, “I don’t want to say it’s impossible, but it seems like that’s a very unlikely scenario right now given what I know about the underlying inflation dynamics.”

“The more likely scenario is we would continue raising (interest rates) and then we would sit there until we have a lot of confidence that inflation is well on its way back down to 2%,” he said.

Fed Daly: 3.4% by year end is a reasonable place to get to

Also, she does not believe that Fed has reached the threshold for interest rate to be considered restrictive As for tightening, having rate at 3.4% by the end end is a “reasonable place” to get to.

Fed Barkin: There’s a path to control inflation, but recession could happen in the process

Richmond Fed President Thomas Barkin said in a speech, “we are committed to returning inflation to our 2 percent target and have made clear we will do what it takes.” He expected Fed’s tools to “work over time” and “inflation to come down but not immediately, not suddenly and not predictably”.

“There is a path to getting inflation under control,” he said. “But a recession could happen in the process.”

“We are out of balance today because stimulus-supported excess demand overwhelmed supply constrained by the pandemic and global commodity shocks. Returning to normal means products on shelves, restaurants fully staffed and cars at auto dealers. ”

“Most importantly, moderating demand has a higher purpose squarely in our mandate: containing inflation. If there is any lesson that’s been relearned in the last year, it is that inflation is painful, and everyone hates it.”

BoE is expected raise interest rate by 50bps to 1.75% today. That would be the largest rate hike since 1995, while interest rate will then be at the highest level since 2008. The voting will again be a focus and the new economic projections will be scrutinized too. Back in June BoE said inflation is expected to rise to slightly above 11% in October while GDP was weaker than anticipated at the May report. The change in outlook would be reflected in the new economic projections.

Here are some previews on BoE: 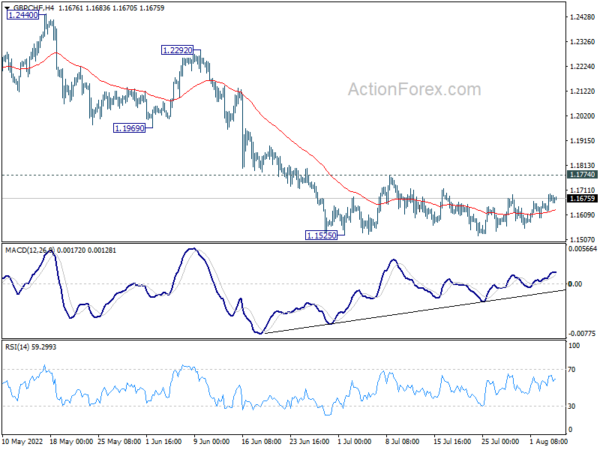 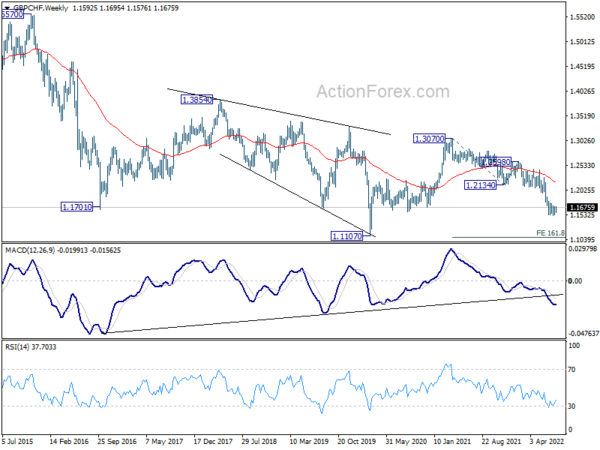 Australia goods and services trade surplus widened to AUD 17.67B in June, versus expectation of AUD 14.0B. Germany factory orders, UK construction PMI will be released in European session. ECB will publish monthly economic bulletin. Later in the day, US will release jobless claims and trade balance. Canada will release building permits and trade balance too.

GBP/USD is staying in range below 1.2292 and intraday bias remains neutral first. Further rise could be seen as long as 1.2062 minor support holds. Above 1.2292 will target 1.2405 resistance first. Firm break there will target 1.2666 key resistance next. On the downside, however, break of 1.2062 minor support will argue that the rebound from 1.1759 is over, and turn bias back to the downside for retesting 1.1759 low instead. 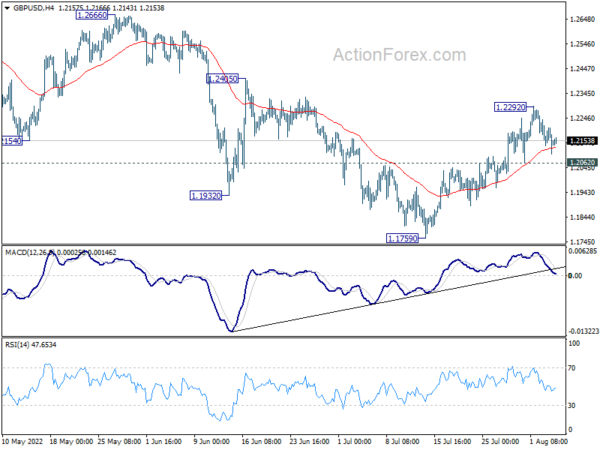 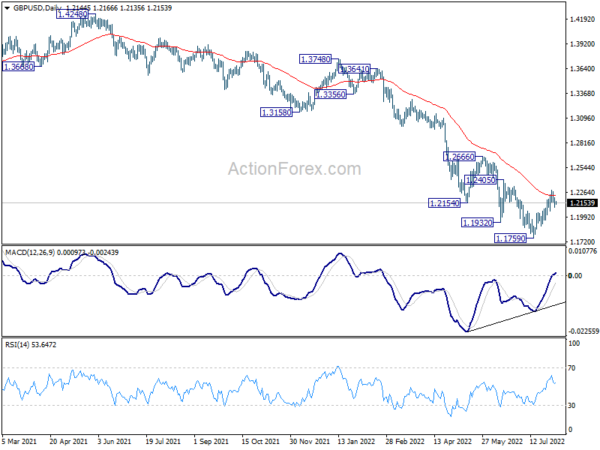