Weak Eurozone Demand Could Drag the Euro Down

In contrast to many other countries and regions, the Eurozone recorded a slowdown in output inflation. The year-over-year PPI growth rate declined for the second month, showing a fall in June to 35.8% from 36.2% and 37.3% in the previous two months.

Although average forecasts had expected a slightly lower rate, one cannot ignore the significant cooling of inflation in the last three months after the dizzying trend from the second half of last year to the beginning of this year. 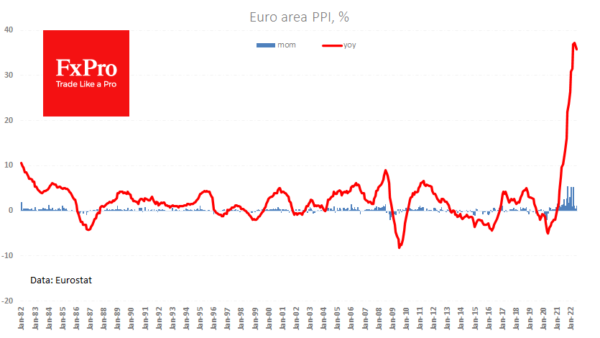 The dip in retail sales underlines that the slowdown in inflation has more to do with weak demand than with a recovery in logistics and the normalisation of commodity prices. Published data for June marked a fall in sales of 1.2% m/m and 3.7% y/y. 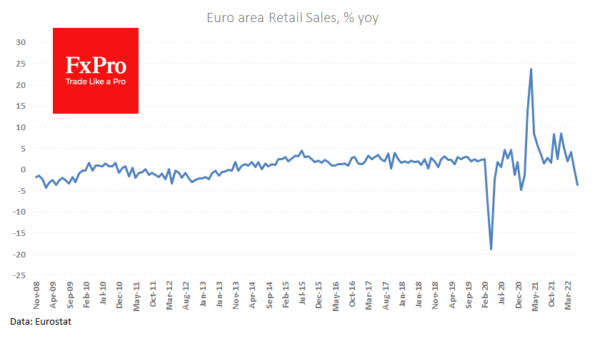 One must consider that the price increase rate remains prohibitive and requires further tightening from the ECB. However, signs of a sharp cooling in demand will sharply deter the fight against inflation. This is sad news for the Euro, which with these reports loses any chance of fighting back against the dollar in the coming days or weeks.

Over the past two weeks, the EURUSD consolidation in the 1.01-1.03 range may be just a respite before a new round of declines. Historically, parity has not been any significant support or turning point. Do not be surprised if the Euro experiences a new wave of pressure in the coming days or weeks with a retest of the July lows below 1.0. 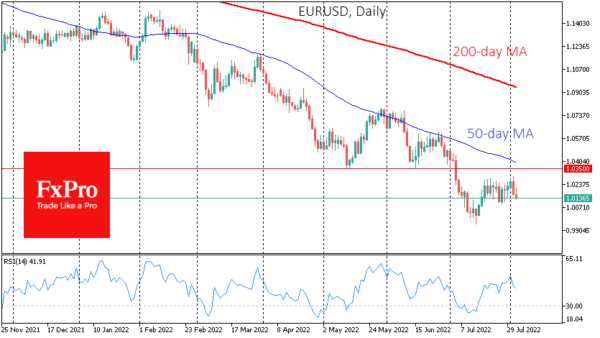