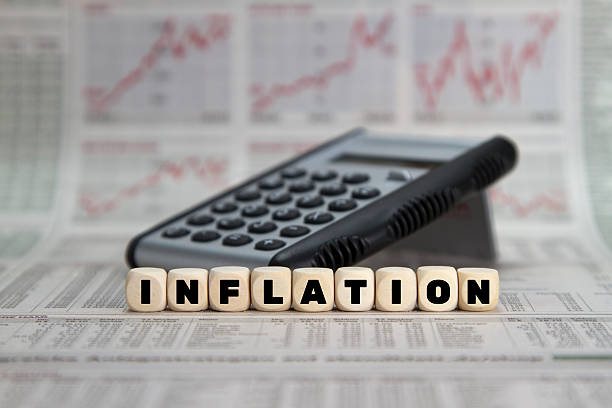 50bp rate hikes were seen in Australia and the UK this week, with both central banks also signalling that additional tightening is likely to be required in the months ahead. However, the economic situation faced by these two nations differs greatly, as do the risks.

In explaining their decision to raise the cash rate by another 50bps at the August meeting, the RBA highlighted that inflation had been stronger than anticipated (the 2022 forecast for headline inflation revised up from 5.9%yr in May to 7.75%yr in August’s projections) and could prove more persistent (annual inflation is now seen at 4.0%yr in 2023, and to only be back at the top of the 2-3%yr target range by end-2024). As discussed by Chief Economist Bill Evans after Tuesday’s decision, the RBA continue to view the activity and labour market impact of tighter policy and the loss of real income as manageable. In short, growth in 2022 is now seen at 3.25% instead of 4.25% (inclusive of the 0.5% ‘miss’ for Q1 GDP which was released after the RBA’s May forecasts) and 1.75% in 2023 and 2024, just a touch lower than the prior 2.0%yr forecast. Moreover, the unemployment rate is only expected to rise to 4.0% through 2023 and 2024, effectively keeping the labour force fully employed over the period.

To our mind, the language and forecasts included in the August decision statement support our call for another 50bp hike in September and 25bp increases in October through February, taking the cash rate to a peak of 3.35% at February 2023. We expect growth and the labour market will prove stronger in 2022 than the RBA currently forecast, but anticipate inflation to be broadly in line with their expectation. Looking further ahead however, we see a marked deterioration in growth in 2023 (to 1.0%yr) and a much larger rise in the unemployment rate over 2023 and 2024 to around 5.0%. As a result, we believe 100bps of easing will be required through 2024 to bring GDP growth back to 2.0%yr and to stabilise the labour market. Note, a full view of the RBA’s baseline forecasts and assessment of risks is available in the just released August Statement on Monetary Policy. A detailed exploration of our own views on Australia and the world will also be released today in the August edition of Westpac’s Market Outlook on Westpac IQ.

Data released for Australia this week was mixed but consistent with our overall view of the economy. Retail sales volumes continued to show strength in Q2 despite large price gains, activity up 1.4% on Q1 which itself saw a 1.2% gain. The trade surplus also beat expectations in June, widening to $17.7bn as exports jumped 5.1% on gains for commodity prices and volumes as well as improved tourism activity. Against these positives, the correction in house prices was shown to have deepened and broadened across the country in July, capital city prices falling another 1.4%; and housing finance approvals weakened sharply in June, more than reversing the surprise gain of May. While dwelling approvals held up in June, it is likely just a matter of time before weakening demand for housing hits the construction pipeline.

Turning then to New Zealand. The Q2 labour market data showed unemployment and underutilisation at-or-near historic lows despite a second consecutive quarter of no employment growth. More significant for inflation and the stance of policy however was a material upside surprise for private sector wage growth, up 1.3% in the quarter and 3.4%yr – the latter the fastest pace since early 2009. The breadth of wage gains was also notable in Q2. On the back of these results, our New Zealand team has revised up its peak for the cash rate to 4.0% by the end of 2022.

For the US this week, the data has been mixed. The ISM services survey provided a positive surprise on activity in the sector, particularly relative to the S&P Global services PMI which reported a contractionary reading. Also taken as a positive for the outlook was another material step down in the price sub-index of both the manufacturing and services ISMs, these results implying a working though of global supply disruptions and dissipating inflation pressures.

Also acting against inflation in the US is the rebalancing of their labour market. At the moment, this is occurring at the margin through a moderate deceleration in employment growth. However, given the recent weakness in activity as well as the mounting impact of historic inflation on real household income and tight financial conditions, US labour market slack is likely to become significant over the coming 12 to 18 months. As it impacts activity and inflation, we expect the market to price in a cutting cycle which we believe will commence at the end of 2023 and continue through 2024.

Over in the UK, the Bank of England followed the lead of the FOMC and other major central banks by deciding to raise the bank rate by an outsized 50bps from 1.25% to 1.75%, their first move of such scale in this tightening cycle. Additionally, the Committee intends to begin quantitative tightening in September via GBP40bn of asset sales and by letting GBP40bn of maturing securities run off the portfolio over 12 months. Neither outcome surprised the market, and so the focus of participants was on the Committee’s updated projections. These paint a bleak picture for the UK’s economic outlook.

The Bank of England now find themselves in a tight bind between inflation and growth risks, but given the severity of the inflation challenge and concerns over inflation expectations, it is clear that they are willing to accept weakness in activity. We now expect the Bank of England to raise the bank rate by 50bp in September before slowing to a 25bp pace in November and December to reach a peak of 2.75% by year end. Given this aggressive contractionary stance, we believe 175bp of rate cuts will prove necessary from Q3 2023 to Q4 2024 to correct the growth trend as inflation returns to target. Risks remain to the upside for inflation and may require holding the peak bank rate of 2.75% through to end-2023 or into early-2024 at the expense of further weakness in activity.