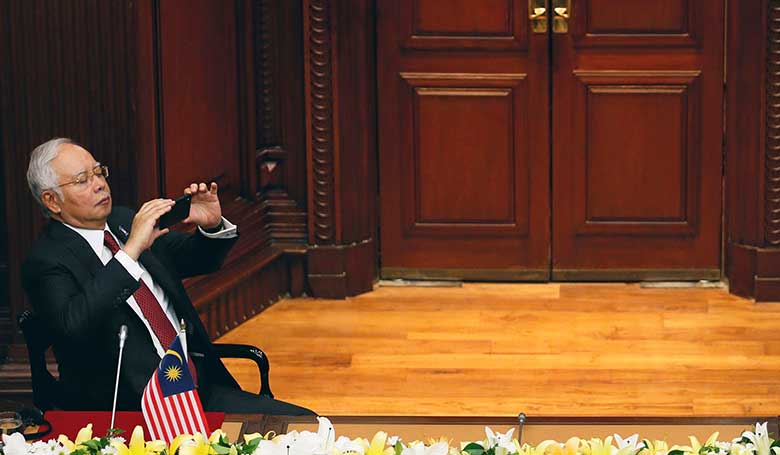 A new plan to link up trading between Singapore and Malaysia’s stock markets could be important. Attempts to forge links between Asean exchanges are nothing new, though rarely successful, but the success of links between Hong Kong and exchanges in mainland China has put the idea of cross-border cooperation and scale in southeast Asia back in focus.

Malaysia takes the new link sufficiently seriously that prime minister Najib Razak announced it in the opening session in early February of the World Capital Markets Symposium in Kuala Lumpur (taking the opportunity to have a dig at former PM and current rival Mahathir Mohamed as he did so: “Malaysia had a former leader who had a bad relationship with foreign countries, acted out of anger, unable to let go of old grievances…”)

He spoke of a combined market capitalization of $1.2 trillion and 1,600 listed companies. It is easy to see the appeal of the link from his side, since Singapore will be bringing in two-thirds of the market cap.

The hope is that the success of one bilateral trading link will lead to others in the region and ultimately get Asean investors to invest in Asean rather than sending all their funds elsewhere in the world.

As always, however, the devil is in the detail. Perhaps the trickiest point is that the Securities Commission and the Monetary Authority of Singapore must set up cross-border supervisory and enforcement arrangements.

Euromoney asked Ranjit about this. He takes the view that both are signatories to International Organization of Securities Commissions standards on cross-border regulation, benchmark against the same principles and believe in the same ideas.

“You can see there is a very strong cooperative regime at the overarching level,” he says.

But enforcement across jurisdictions is rarely straightforward – it certainly isn’t between Hong Kong and mainland China – and the proving ground of the new Malaysia/Singapore link may not just be if anyone bothers to use it but how effectively it works when something goes wrong.

If the link is truly to be cemented, another issue that will need to be hammered out is the treatment of dual class shares. Hong Kong and Singapore are in the process of allowing this structure; Ranjit says that in Malaysia it is “not on our radar” because of corporate governance issues.

But perhaps the most important thing of all will be persuading enough people to use it. It will also require simplicity and efficiency, both at the point of trade and post-trade.

Many attempts have been made to forge greater capital flows among Asean states over the years, but none of them will get anywhere unless investors see both a benefit in doing so and a seamless process for engaging.