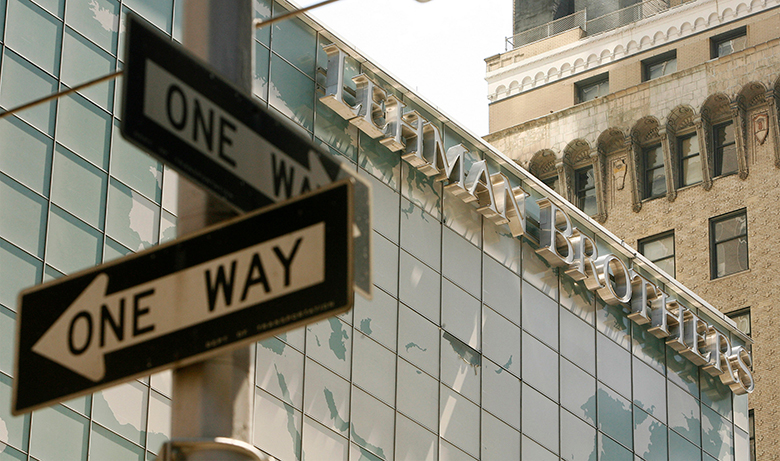 In the early summer of 2007 I was by the pool at the Hotel Arts in Barcelona, recovering from an all-night session at the casino after a securitization conference, when none other than JPMorgan investment bank head Bill Winters came into view.

“Bill!” I said. “What are you doing here? Surely you aren’t mixing with the nerds who put together the synthetic collateralized debt obligations that will soon undermine the global economy?”

Winters smiled ruefully. “I’m afraid so. Jamie Dimon personally told me to increase our share of CDO revenues and claims I’m spending too much time in the London office having new suits fitted,” he said.

“Bill, old friend,” I replied. “Mark my words: 15 months from now – probably at the end of the second week of September 2008 – this whole thing will blow up. If you can get JPMorgan out of CDOs in time, Jamie Dimon will thank you in the end. Or he might not, knowing Jamie, but you should still cut your exposure.”

A young Deutsche Bank trader who had attended the conference was listening to our conversation.

“You mean I should start putting together derivatives trades that pay off if mortgage-backed CDOs collapse in value?” he asked.

“That’s exactly what I mean,” I told him. “I don’t believe we’ve been introduced, though – what is your name?”

He looked up from his latest model Blackberry, which he was tapping furiously.

I returned to New York confident that I had told enough senior officials about the risk of a credit crisis for disaster to be averted.

I wasn’t as close to the new Federal Reserve chairman, Ben Bernanke, as I had been to his predecessor, Alan Greenspan. But I made sure to explain the dangers to both Ben and treasury secretary Tim Geithner, who had just graduated from Dartmouth, and relied on me to explain exactly how the mortgage markets worked.

I also stressed the importance of character on Wall Street.

“I was playing bridge with Jimmy Cayne last night and he told me that our old friend Dick Fuld is going completely off the rails,” I said. “Apparently he has commissioned a self portrait to hang in the lobby of the Lehman Brothers office on Seventh Avenue and ‘The Only Way Is Up’ plays on a constant loop on the trading floor.”

The regulators looked alarmed. “What should we do?” they asked in tandem.

“You should arrange mergers of Bear Stearns and Lehman with stronger banks, and maybe Merrill too, just to be safe,” I told them. “Then encourage dealers to gradually wind down their CDO books and stand ready to cut interest rates if required.”

They didn’t listen, of course, and conditions steadily deteriorated over the following year.

I felt duty bound to make one last attempt to save the global markets and in the late summer of 2008 I brokered a meeting between Dick Fuld and Bob Diamond from Barclays.

Dick was showing signs of distress. He had shaved the little hair left on his head and kept muttering that it was all Joe Gregory’s fault. Bob Diamond couldn’t contain his impatience to do a deal. “I’ll give you $30 a share,” he blurted out. “$60!”

But Dick was in no fit state to close a sale and his nurses brought the conversation to a close.

I consoled Bob on our way out. “Don’t worry old man,” I said. “The game is up for Lehman, but if you can hold tight for a few weeks you can probably get their best traders for free. Just make sure you keep a close eye on your dealing rooms in the next few years. The last thing you want to do is let some low-level price-fixing scandal undermine confidence even further.”

The remainder of ‘Dick Fuld: My part in his downfall’ is available on Kindle and iPlayer.