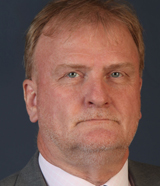 Even by its own elevated standards, Noble Group had a busy week in late November.

On November 20, several branches of the Singapore state announced they were investigating the troubled commodity trader for suspected false and misleading statements and breaches of disclosure requirements.

Noble’s $3.5 billion debt restructuring, which has been under tireless and acrimonious negotiation for more than a year, was due to be completed by a deadline of November 27. But at the last moment, Noble said it had been granted a two-week extension to December 11 to respond to the concerns of regulators.

Noble got to breathe again ­– though not necessarily for very long.

What’s at stake here? Noble chair Paul Brough has described the deal as “probably the most complex restructuring ever taken in Asia”, and he’s right. It’s certainly a matter of considerable concern to creditors, who include Deutsche Bank and ING.

The whole thing is in limbo now because the restructuring can’t go ahead without the SGX giving consent for the post-restructuring entity to be re-listed; and the SGX won’t give that consent until after it has completed its review.

There is scope for a further pushback, as far as December 31, but that appears to be the end of the line. If the restructuring doesn’t happen by then, insolvency looms.

The next question is what collapse would mean for market sentiment. Generally, the collapse and insolvency of a big name – and Noble was once Asia’s top commodity trader – would send shockwaves through the market and the industry, and raise the eternal question: who’s next?

But the impression in Asia is that Noble’s travails are so unique to the house itself – its debts, the analyst claiming it had over-valued its positions, the analyst then turning out to be a former employee – that its loss might not cause the collateral damage one would otherwise expect to see.

There’s no question that any trade war is going to damage some companies in Asia, most obviously in China, and it is true that restructuring specialists at banks and law firms are expecting work to flow from it.

Singapore actually has two big restructurings underway simultaneously, the other one being for water treatment firm Hyflux, which at the time of writing is working its way through a scheme of arrangement with its creditors. But this, again, appears to have been a question of a company taking on too much debt, rather than any systemic problem that would affect all Asian companies.

Be that as it may, there are ill winds blowing in emerging markets, which are digesting rising rates, capital outflows and disrupted trade. In an environment like that, clearly everyone would be happier to see a restructured Noble, rather than an insolvent one. December 11 will be a big day.