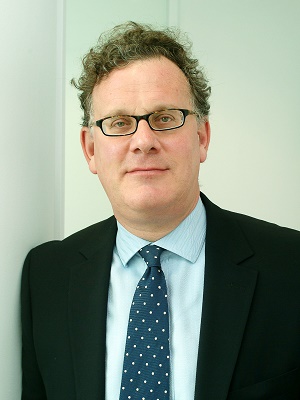 It was the hair you noticed first, as jumbled as a thicket and as untameable. He liked to say it gave him something of the Medusa. Then the voice, excitedly gabbling about deals or bankers – it was usually one or the other. Then the audience, the huddle that would develop around him, catching the thoughts of a man forever fascinated by his work.

Eventually the circle would part wide enough for a newcomer to be admitted. The flow would pause for them to be welcomed by the centre of attention himself, blinking through glasses and with glass in hand. And so would they complete their introduction to Russell Julius.

A gap year studying in Haifa, Israel, was followed by a double first in PPE at Oxford. He had a formidable mind – in later life he would wonder about a switch to academia, but he couldn’t be shut away in libraries and lecture halls. Who would do the deals, for goodness’ sake?

The banking path he chose started as a graduate at NM Rothschild in 1981. Those formative years might have come to be known as a money-grubbing decade in London, but he was firmly rooted in a gentlemanly era of merchant banking.

And it showed in his early positions at Baring Brothers and Jardine Fleming – the names even then evocative of an earlier age. Modest about his work and generous with his time, he was focused on his clients before it was a cliché.

His enthusiasm was infectious – how could it not be? The business was so wonderfully interesting, mostly because it was, at its heart, all about people and the extraordinary things they did. And the more entrepreneurial, the better. Conversations would often turn to the latest rags-to-riches story he had come across.

That he ended up at HSBC – where he would spend 16 years – seemed appropriate. There he could embrace a global panoply of curiosities: IPOs in China, tech firms in Israel, supply chain finance in Latin America, M&A bridge loans in the US.

But his heart was always in equity capital markets – when he moved to Asia in 1993 it was to run ECM in the region for ING Baring Securities. It was an asset class he couldn’t seem to shake off: he held the title of global head of ECM at HSBC on no fewer than three occasions as that firm gyrated with investment bank reorganisations over the 16 years he was there. Julius would take the regular upheavals with pragmatism: at HSBC, he concluded, the only constant was change.

After Asia and London (a transfer he secured by buttonholing senior management at the Hong Kong Sevens rugby tournament), his final stint for HSBC took him to New York in 2016 as co-head of banking for North America. The choice was no accident: his bosses wanted to put to work his globetrotting background, the breadth of his experience and his commercial nous in connecting what had long been a difficult region for HSBC to the rest of the world.

That he could look and sound like a professor did little to hide a broad streak of mischief. His prescription for a bout of flu – more alcohol please! The raucus basement bar of a hotel near HSBC’s New York office was a favoured, if unlikely, meeting place. In Hong Kong, the place where he often seemed most at home, he was gregarious company. Popping back to London he would always have a recommendation. The best schnitzel in town? Follow me.

Surprisingly, for one so ebullient, he would have to be persuaded to hand over photos for publication in financial trade magazines. Happier to fly under the radar, he would say. In his university days he had been shy, a trait that became modesty as he matured into a self-deprecating extrovert. He delighted in the success of others: he couldn’t hide his pride at the portrayal of his lawyer brother in the film Denial.

Status didn’t particularly interest him: in New York he took the bus to work. And he was not a political animal as some bankers are – he might have risen further had he been. In 2017 he would attend the World Bank networking jamboree in Washington for the very first time: after avoiding it for 35 years, they got him in the end, he said. What drove him was rather the intellectual challenge of his business, in the opportunity it afforded to analyse the needs of people and the businesses they ran.

A health scare in Hong Kong shook him badly. But while it tempered his pace it took none of his zest. In New York he took his first cancer diagnosis in his stride – don’t write the obituary yet, he would insist. Yes, he was in the wars, but hospital meant plenty of time to chat on his mobile phone. And there he liked nothing better than an excuse to ignore the doctors and nurses and talk about banks.

Even when he was out, there was grim treatment to be endured – but still humour to be found in the days in between. The further he got from a treatment session, he would say, the more fun he became.

Escaping for lunch to a quiet restaurant near his Upper East Side home during a gruelling period, he would joke that the chemo had finally done what no barber had managed. Even then he couldn’t stop being curious: it was the lack of eyelashes that intrigued him the most.

Our thoughts and sympathies go to his wife, Annabel, to his children and to his family and friends.