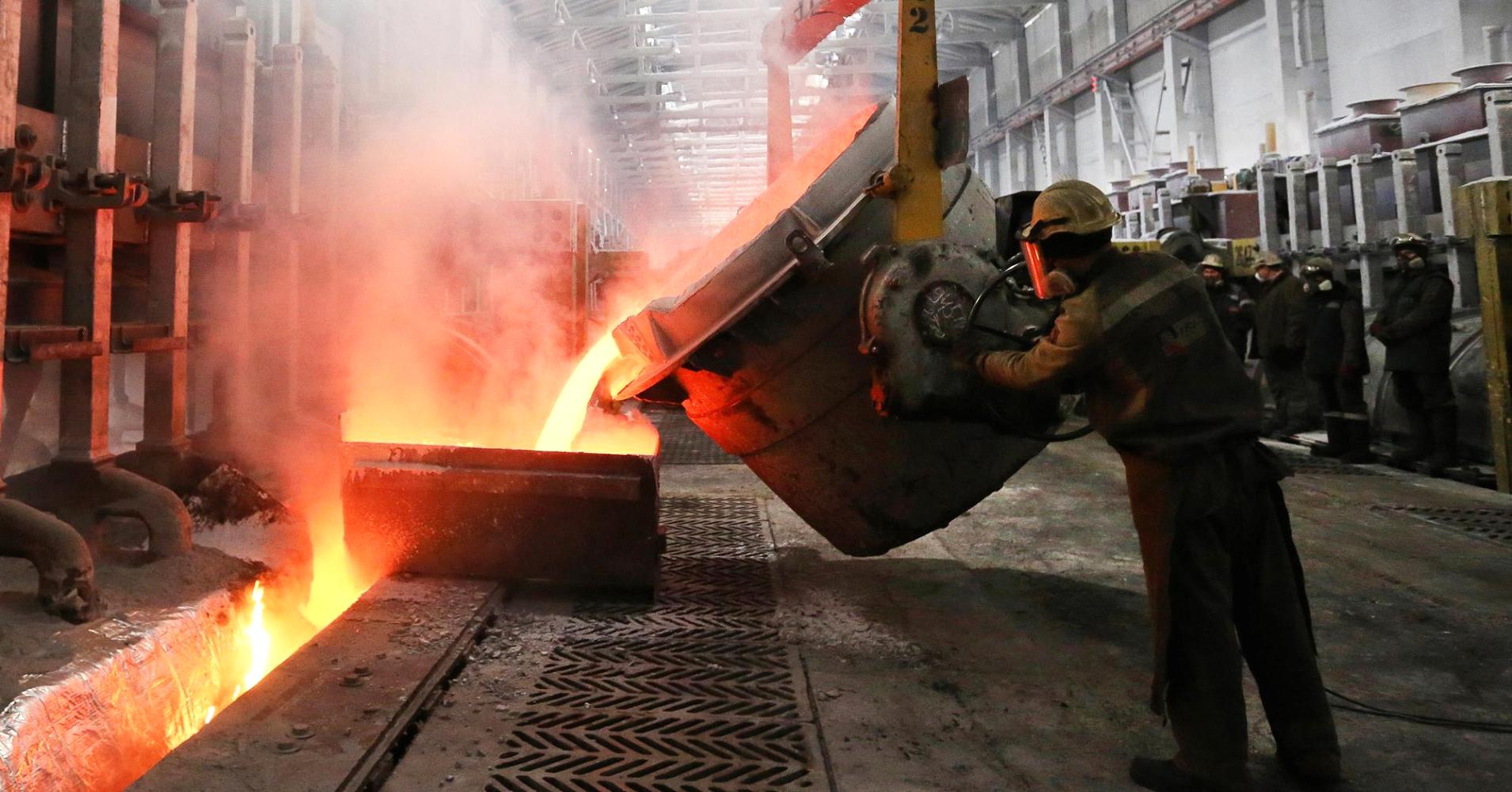 Aluminum prices surged to their highest level in six years on Monday, extending a recent rally that follows the U.S. sanctioning of Russian aluminum giant Rusal.

The metal traded as high as $2,403 per ton on the London Metal Exchange, before holding more than 4 percent higher at 2,379.

On April 6, the U.S. slapped sanctions on several Russian oligarchs, officials, businesses and agencies, including Rusal. The sanctions freeze all of Rusal’s assets that are under U.S. jurisdiction.

Rusal — which saw its stock hit a record low on Monday — is one of the largest aluminum producers in the world. The company’s collapse has the potential to take a large chunk of aluminum supply from the market. In fact, Rio Tinto — one of the largest mining companies in the world — said Friday it would declare force majeure on some of its contracts with Rusal.

“The main thing that has been a catalyst behind aluminium has been the issues around the sanctions against Rusal which will make the market tighter,” ETF Securities analyst Nitesh Shah told Reuters. “In addition to that is the weaker dollar and the general upside for industrial metals in recent days that is working in aluminium’s favor.”

Aluminum’s surge comes more than a month after President Donald Trump slapped a 10 percent tariff on aluminum imports to the U.S.

Trump bragged the tariffs were not having a negative effect on the U.S. economy.

He said in an April 6 tweet: “Despite the Aluminum Tariffs, Aluminum prices are DOWN 4%. People are surprised, I’m not! Lots of money coming into U.S. coffers and Jobs, Jobs, Jobs!”

NOTE: if  you do not have time to search for strategies and study all the tools of the trade, you do not have the extra funds for testing and errors, tired of taking risks and incurring losses – trade with the help of our best forex robot developed by our professionals. Also you can testing in Metatrader our forex auto scalper robot free download .

Aluminum prices were down for the year when Trump sent his tweet. However, prices have skyrocketed more than 20 percent since the U.S. unveiled sanctions against Russia.

The Washington Post reported, citing people familiar with the matter, that Trump walked back a comment made by U.S. ambassador Nikki Haley about additional sanctions being implemented, noting he was not yet comfortable taking that course of action. Haley said Sunday new sanctions on Russian entities would be announced Monday.