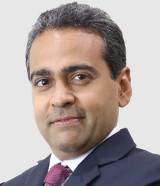 April brought Vietnam’s biggest ever IPO, but in a market that is finally delivering on its promise after years of disappointing investors, the Techcombank listing might only hold its record for a matter of weeks.

Vietnam Technological and Commercial Joint Stock Bank, to give it its full name, raised $922 million in a deal with significance beyond being the biggest in the country’s history and the biggest in southeast Asia so far this year.

The leads set out to build a big cornerstone tranche of guaranteed allocations and ended up putting just under $700 million of it in the tranche, with buyers including Singapore’s sovereign wealth fund GIC, Capital Group, Fidelity and local name Dragon Capital, itself thought to be investing partly on behalf of Norwegian sovereign wealth fund Norges Bank.

Alongside them came a public bookbuild of just over $220 million, which priced at the top of its range and was more than 10-times oversubscribed. The deal was lead managed by Morgan Stanley, Viet Capital Securities and Deutsche Bank.

“Conventional wisdom has been that investor demand from Vietnam comes only from Asia, and that only people in Singapore and Hong Kong understand it,” says a banker close to the deal. “But here just under 50% went to portfolio managers based in the US and Europe. A lot of investors are coming into Vietnam for the first time.”

They are doing so because of a macro story that finally appears to be delivering on Vietnam’s promise.

“The sentiment towards Vietnam is that it is a market that has missed the boat over the last 10 years,” says someone familiar with the deal. “While other countries in Asia have been doing well, Vietnam had an horrific credit cycle in 2012.”

A rally since last year has brought momentum without stretching valuations, he says.

Another banker says: “It still leaves Vietnam behind pretty much any other Asian market with similar demographics,” although in fact the MSCI Vietnam Index is up 70% in a year and trading at around 30 times 12-month trailing earnings.

Demographics are everything in the Vietnam story: 95 million people, most of them young, amid a trend to urbanization with a growing middle class. Techcombank, with a clear retail strategy, is seen as a good way of gaining exposure to the macro theme, with a management team with widespread international financial experience.

CEO Nguyen Le Quoc Anh has worked at Wells Fargo, McKinsey and T-Mobile in the US, for example, while director of transformation Ashish Sharma has worked at Standard Chartered and Goldman Sachs.

Significant though it is, Techcombank is likely to be swiftly eclipsed.

The Vingroup conglomerate Vinhomes is preparing an IPO likely to be worth more than $1 billion and has appointed Morgan Stanley, Credit Suisse, Citi and Deutsche to lead it, and again features GIC as an investor; though pre-IPO in this case.

And Techcombank took a record set only six months earlier with the $708 million IPO of Vincom Retail in October – once again with GIC as a cornerstone and with Citi, Credit Suisse and Deutsche at the helm.

One difference is that Vincom used structuring to allow it to settle in a matter of days rather than the usual six to eight weeks Vietnamese listings can require. Techcombank does not use this approach.

In Vietnam, shares are not crossed on the exchange on day one of trading; instead, one goes to the depositary to close the book and only then seeks special approval for listing from the stock exchange, a process which never takes less than a month.

“It used to be three months,” says one banker. “When VietJet came, it priced in December and listed in March. Things are improving.”

Techcombank has resolved to live with the delay and formal listing will not take place until June for a deal that priced in late April.

Despite the irksome nature of settlement, four or five large deals are expected during the course of 2018 in Vietnam. They might include banks.

Vietnam’s banking sector is mixed, with investors tending to favour the private – or joint stock – banks over state-owned banks.

“Private banks are now the main drivers of credit growth,” says Phuong Pham at Exotix Capital. Joint stock banks “are taking over the driving of credit expansion,” she says, targeting median growth of 30% for 2018 versus 15% for state-owned peers.

“In our view, the recent capital increases mean [joint stock banks] are better placed to tap into the current retail-oriented credit expansion cycle.”

However, she is cautious on the sector, rating only one listed bank, VPBank, a buy. And many investors have been burned before by believing the good times have arrived in Vietnam, only to find that they were rather fleeting.

It is worth noting that the cornerstone tranche, while full of strong names, is of a size that would be considered problematic in deals such as Chinese listings in Hong Kong.

“It looks like a potential issue,” says one banker close to the deal. “But keep in mind the negative perceptions in China come when inexplicable names take huge positions: a deal for an airline with an industrial cooler company coming in and taking a $500 million position you can’t explain with any reason.

“In this deal, every one of the investors is an international investment institution. There are no inexplicable dodgy names in here.”