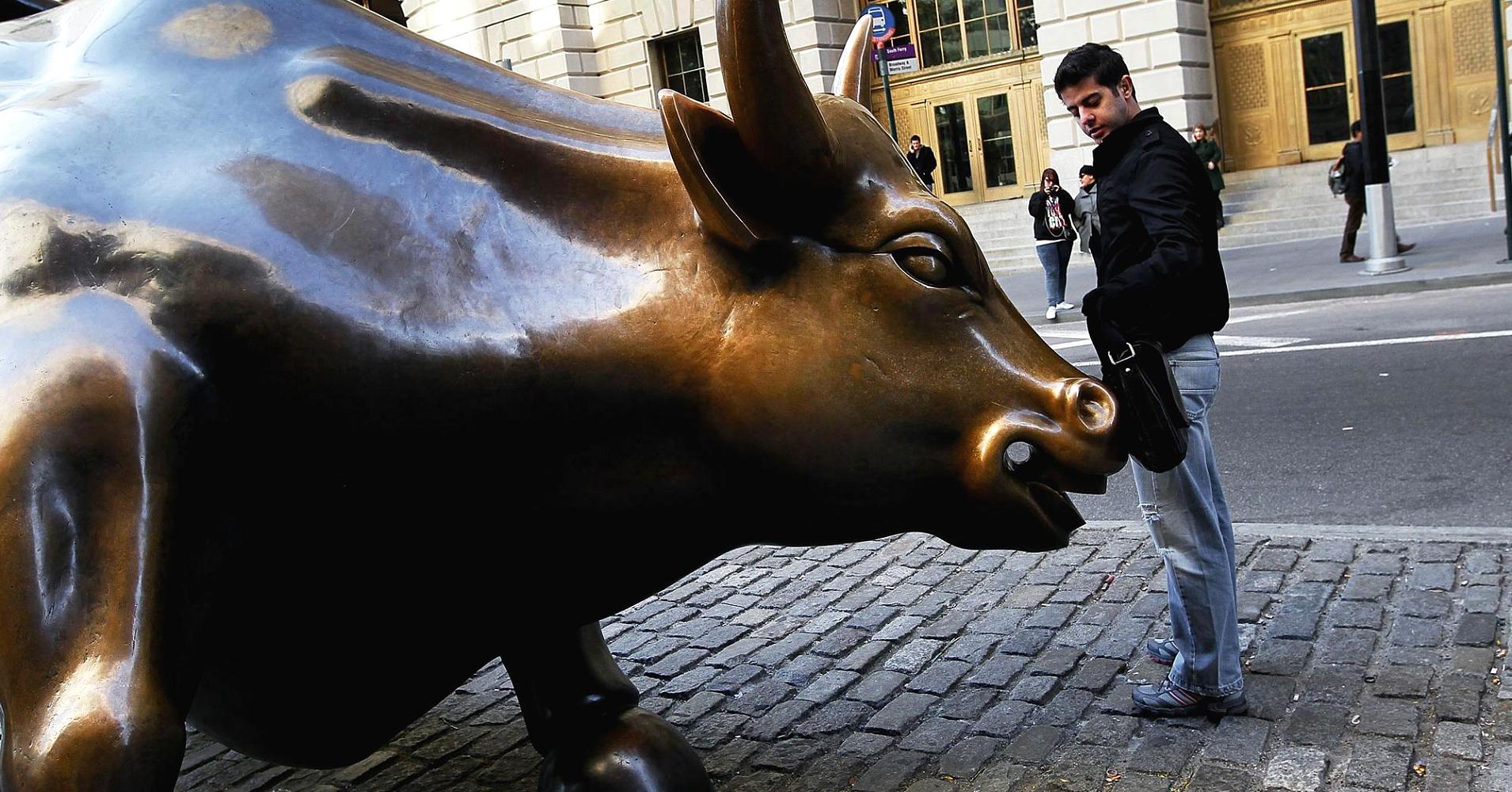 First-quarter indicators showed that while the economy has yet to roar due to all the recent fiscal stimulus, it’s at least starting to purr.

Friday’s GDP report, for one, painted a somewhat positive picture. The 2.3 percent growth rate may not have looked like anything spectacular, but it was the first time the first quarter beat economist expectations since 2008, according to Bespoke Investment Group.

The employment cost index, a metric closely watched at the Federal Reserve, showed compensation cost for nongovernment workers up 2.7 percent, compared with 2.4 percent a year ago.

And a slew of earnings blowouts this week by big technology companies pushed Q1 profit gains up to a glittering 22.9 percent, easily the best quarter in at least seven years.

“All things considered, the economy still appears to be on a solid footing, supported by a confident consumer sector — one with an optimism that is fueled by growing income and a strong labor market and is well positioned to spend more in the coming quarters,” said Jim Baird, chief investment officer for Plante Moran Financial Advisors.

Still, there’s plenty for skeptics to chew on.

A good chunk of the first-quarter GDP gains came from an inventory build. Consumer spending on big-ticket long-lasting items actually fell 3.3 percent, and nonresidential fixed investment grew 6.1 percent, which actually was a slower pace than the fourth quarter despite a big tax cut that should have pushed businesses to invest more in capital.

“The guts of the report overall were sluggish to say the least,” David Rosenberg, chief economist and strategist at Gluskin Sheff, wrote in his daily market note.

Indeed, markets haven’t been impressed with much of it.

Despite the respectable economic performance and the stunning surge in company profits, the major averages are little changed for the year and stumbled around Friday, despite a massive earnings beat from Amazon.

That’s probably because with all of the backward data looking good, there remain questions about what happens going forward.

A compression between yields on government bonds has some market watchers worried that an economic slowdown could be looming. So far the market also has seen the earnings surge as half empty, on fears that this may be as good as it gets.

Finally, there remains an overhang of how the Fed is going to react to this burst of activity. Specifically, the question is whether the central bank could get concerned about growth and use interest rate hikes to slow things down.

“The removal of the proverbial monetary ‘punchbowl’ is causing investing to reappraise the financial outlook and in the process become much more defensive,” said Joe LaVorgna, chief economist for the Americas at Natixis. “Arguably this is best seen in the markets’ increasing concern the Fed may hike rates by as many as four times this year. For stocks to stabilize, the Fed will have to relent on the possibility of four or more rate hikes.”

After taking in a week’s worth of mostly positive data, traders Friday still indicated there’s just short of a 50-50 chance the Fed will go through with a fourth hike this year. The policymaking Federal Open Market Committee meets next week and is not expected to take any action on rates, but probably will hike in June.

In the meantime, markets will be watching closely to see whether big tax cuts and a blockbuster $1.3 trillion spending bill will add more to the real economy. Companies thus far seem to have taken much of the windfall and pushed it to stock repurchases and dividends, with the evidence so far unclear as to whether there will be an accompanying investment boom and wage increase.

Most economists followed the GDP report with forecasts that the quarter likely will be the slowest for growth this year. Barclays said it expects the second quarter to rise to 3 percent, while PNC expects full-year growth of 2.8 percent this year and 2.9 percent in 2019.

“Yes, the U.S. economy is still on relatively moderate footing,” John Silvia, chief economist at Wells Fargo, told CNBC. “But on a comparative basis, we’re still talking about the strongest economy in the developed sector of the globe.”