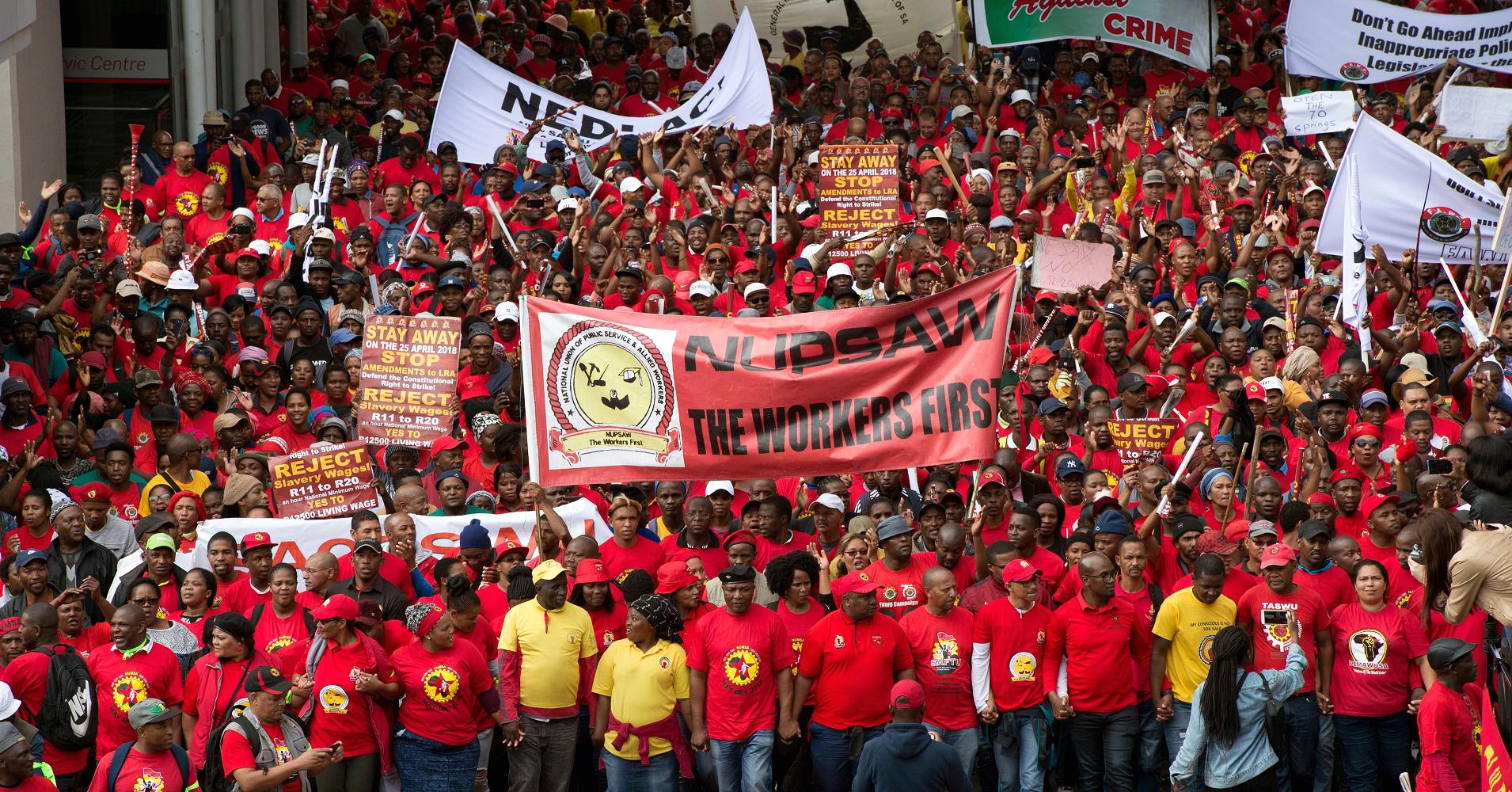 Disagreement over a proposed minimum wage in South Africa has led to mass protests and reassurances from the presidency this week.

President Cyril Ramaphosa met with officials from the labor ministry on Thurday, following protests the previous day that mobilized workers across the country including in the cities of Cape Town, Durban and Johannesburg.

Ramaphosa has been pushing a minimum wage of R20 ($1.62) per hour, a policy that was scheduled to be implemented on May 1 though the draft legislation was since delayed in parliament. The initiative dates back to Ramaphosa’s days as deputy president under former South African leader Jacob Zuma.

The minimum wage is intended to alleviate inequality and stabilize labor. But, the South African Federation of Trade Unions (SAFTU), the group behind the strike, described it as a “poverty wage on which no-one should be expected to live” in a press release Sunday. The minimum wage “legitimizes the unequal apartheid wage structure,” it added.

“The president recognizes that the national minimum wage is not a living wage, but we need to start somewhere,” Ramaphosa’s spokeswoman Khusela Diko said, as reported by Reuters.

SAFTU, the second-largest group of its kind in the country, instead proposes a living wage of R12,500 per month — three times that of the intended minimum wage in monthly terms.

South Africa is one of the most unequal societies in the world. According to the World Bank, the poorest 20 percent of South Africans consume less than 3 percent of the country’s total expenditure. Meanwhile, the wealthiest 20 percent account for 65 percent.

Wages aside, the nation is also known for its rampant unemployment, currently at 26.7 percent according to Statistics South Africa.

But not all trade unions back the protests. Matthew Parks, deputy parliamentary co-ordinator of the Congress of South African Trade Unions — the largest of such groups — described the R20 minimum wage as a “huge victory” given that businesses had originally pushed for R11.

“It’s a start, not the end,” he told CNBC Friday, adding that “the president played a key role in supporting us.”

The minimum wage dispute might not equal a setback to Ramaphosa’s leadership, which was widely cheered following the abrupt end to the corruption-tainted, unpopular Zuma administration in February.

“Facilitating negotiations, with the aim of reaching consensus — including over difficult issues — is a key theme of Ramaphosa’s presidency,” Pat Thaker, editorial director for the Middle East and Africa at the analysis firm Economist Intelligence Unit, told CNBC on Friday.

She added that a national minimum wage could benefit Ramaphosa by tackling deep-rooted inequality and poverty as well as giving his African National Congress party an “electoral boost in 2019,” when the country next heads to the polls.