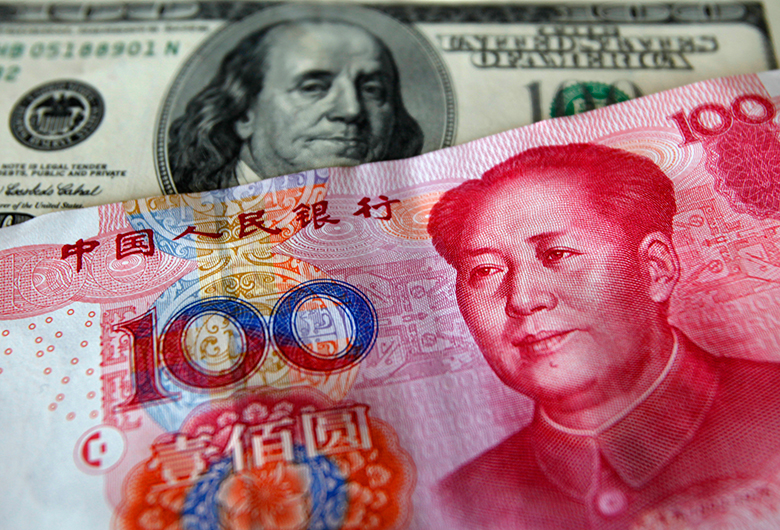 China’s country risk score improved in Euromoney’s survey during the first half of 2018 by 1.6 points to cement its position in 42nd place out of 186 countries in the global rankings. That puts China close to Italy and Malaysia on comparative risk terms.

Early scoring for the Q3 survey to be released at the end of the month suggests there is no notable change, anchoring China in the upper half of the medium-risk default category (tier 3) and acting as a bulwark against the slide in emerging markets.

Risk experts are concerned by the emergence of a trans-Pacific trade war and China’s debt burden, but also express confidence in the authorities’ ability to provide sufficient support for the economy using suitable regulatory measures alongside regular fiscal and monetary policy tools.

To date, the US administration has shown no inclination of stopping what would appear to be a self-defeating stab at protectionism.

China has been hit by global aluminium and steel tariffs, and directly by 25% tariffs on $34 billion of Chinese imports in July, plus a further $16 billion last week, but the threat of more will only provoke similar retaliation.

Yet the overall effect on China’s investor outlook is likely to be well-managed, believe many experts, most of whom are unwilling to downgrade their scores.

“Trade conflict with the US is, of course, a headwind for China’s economy, but is much less weighted than before,” says survey contributor Junxin Feng, associate professor, department of international economics, at Renmin University of China.

One contributor who got in touch anonymously notes: “The People’s Bank of China has reintroduced the counter-cyclical factor mechanism to stop the currency depreciation since June caused by rising trade tensions.

“It is likely this was introduced well before the official announcement.”

Another contributor, Li Yan, a professor at Université du Québec en Outaouais, says: “China’s state administration of taxation announced in late June a new policy on the partial refund of VAT for some industries involved in the Made in China 2025 strategic plan.

“This is obviously a reaction to the Sino-US trade war.”

Nordea Bank have just released a note highlighting China’s personal income-tax reform aimed at alleviating the personal tax burden to stimulate private consumption, and its plans to spend more on infrastructure investment in the remainder of the year.

Increased fiscal spending on infrastructure projects already appears to be brightening the outlook for industrial production and boosting raw-material prices.

“The increase in the official PMI could be a first sign of stimuli kicking in,” says Handelsbanken’s senior economist Bjarke Roed-Frederiksen.

“The official PMI is often considered more exposed to the big state-owned domestic-oriented companies than the more export-oriented private companies in the PMI from Markit.”

Non-manufacturing activity is also holding up due to improving tourism and financial services activity.

This is acting as a counterweight to the softening global trade conditions and tightening real-estate market, ensuring China meets its objective of a gradual slowdown in real GDP growth, from 6.9% in 2017 to a predicted 6.6% in 2018, according to the latest IMF projections.

China’s risk indicators therefore provide a balanced picture, with the economic growth factor downgraded on a year-on-year basis, but with other economic – and a fair proportion of political and structural – risk factors all higher, ensuring China remains the safest of the Brics:

China’s capital access has improved, but there is less confidence in the regulatory and policymaking environment, reflecting the rise in trade tariffs, and bank stability is the lowest scoring of all the economic indicators given the ongoing concerns surrounding China’s debts.

The debt problem remains a substantial background risk, but is not one that is likely to trigger an immediate crisis.

David Mann, chief economist at Standard Chartered, says: “China remains the biggest concern in Asia when it comes to leverage.

“Its debt-to-GDP ratio has increased by 85 percentage points to 232% since the end of 2008, in the wake of the government’s massive stimulus programme to counter the effects of the global financial crisis.”

Analysis shows the ratio of bad debt to GDP is lower than in 1997, but is more complex by extending out from large state-owned enterprises to smaller enterprises and banks, with contingent liabilities of local government financing vehicles an added risk.

Standard Chartered and the majority of Euromoney’s survey experts believe credit risk is not about to explode as authorities have implemented policies such as bank recapitalizations to support lending, and a debt-to-bond swap, while absorbing liabilities through national and local asset management vehicles.

Other options on the table include debt-to-equity swaps and securitization, ensuring China stays ahead of other riskier markets.

That’s just as well, since China’s total debt as a proportion of the global total has tripled to 18% since 2009, dollar debt is now almost as large as the eurozone’s, and household debt is on an unsustainable upward trajectory, exceeding 100% of GDP.