For The USD, It’s All About This Week’s CPI 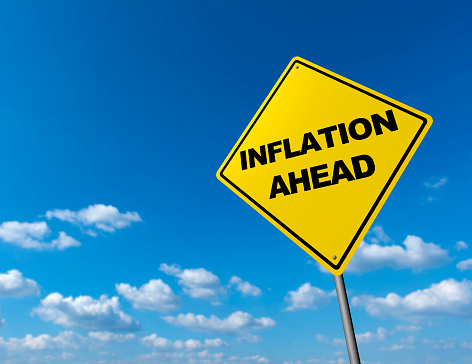 For the USD, it’s all about this week’s CPI.

Markets dismissed the opening salvo of the US -Sino trade war as dated news.

However, after another Goldilocks NFP, US stock markets traded positively in the green while the US dollar bears begrudgingly came out of hibernation after US bond market yields knee-jerked lower.

The NFP report showed the US economy continues to add jobs at a robust pace (+213k). There was a 0.2pp rise in the participation rate to 62.9%, with the expansion in the labour force helping lift the unemployment rate to 4.0%. AHE were softer than expected at 0.2% m/m (consensus: 0.3% m/m). An undershoot in hourly earnings with the participation rate moving higher suggests there is still more room in the labour market to go before wage pressure passes through to the data. But none the less, it does keep the Fed on track and shouldn’t alter too much from that perspective. But the tepid US wage growth inflationary data does lend tentative support to the fresh recovery in EM and G10 high-beta currencies versus the USD

However, for the USD to get back on track and reverse this negative momentum, it’s all about this week’s US CPI print. With the big dollar apparently in retreat, the Greenback will need a shot in the arm with inflationary “pick me up juice” to reverse this nascent sell-off

The market will be incredibly focused on Fed chatter this week as downside risks from tariffs were discussed by Fed officials as indicated on the Jun 13 FOMC meeting minutes released last week. Currently, the duties on $34 billion of Chinese goods, remain primarily at the Walmart level as far as escalation runs and will have limited economic impact, However, should the Administration follow through with the threat of a $200 billion + duties on Chinese goods, indeed this would have some negative implication for both the US and global growth prospects.

Remember that while Powell recognised the dangers of escalating trade war in his Sintra comments last month, but he was insistent the Fed would need to assess incoming data. Early warning signs usually come from sentiment surveys and if we recall it was China and EU sentiment indexes that had led investors into the tank in those key markets. So, traders will key on this week’s University of Michigan consumer sentiment index to see if there are any signs that consumer sentiment is starting to fray from trade war fears.

Of course, Oil traders are wholly perplexed by President Trumps demands to cut off 2.4 million barrels of Iranian oil while admonishing OPEC to keep prices stable if not have them go down! But it’s the White House’s zero-tolerance policy to Iran which is supporting oil markets given the fragile state of global supplies as spare oil capacity hovers near zero. In this scenario, of supply reality versus wishful thinking, there is only one direction for the oil price to move, and that is higher over time

Oil benchmarks went in opposite directions Friday afternoon, with WTI running higher and Brent trading lower as fears of the escalating U.S.-Chinese trade war and increased production by Saudi Arabia, and Russia bumped against supply disruptions from Venezuela and Libya as well as the sanctions on Iran.

There has been some interesting discussion over a note issued by Sanford C. Bernstein & Co. suggesting the lack of reinvestment in oil production could lead to a price spike.“Investors who had egged on management teams to reign in capex and returned cash will lament the underinvestment in the industry,”, And that falling behind the production curve in favour of paying out shareholder dividends runs the risk of prices spiralling much higher in the future.

Baker Hughes reported an increase of 5 in the number of active oil rigs in the United States matching the June high water mark.

For the better part of June and early July, US dollar strength and the dollar-bullish outlook continued to weigh on gold as stronger than expected US data and a hawkish Fed weighted gold prices down like an anchor. Buyers of physical in Asia have been few and far between despite the pullback, as local currencies have been taking it on the chin due to the stronger USD. But the Goldilocks NFP print which could deliver a softer US dollar profile this week, suggests opportunistic investors may return which should support gold prices. After all, in this highly political and geopolitically charged environment, gold remains a very suitable component in any diversified portfolio.

While China response to the US administration trade policy is keeping the headline tickers working overtime, growth remains mainland’s biggest priority hence the markets will be extremely focused on this week’s China tier one economic data dump which will provide some exacting signpost for evaluating Chinas economy. While US-Sino Trade will continue to dominate the headline ticker tape, this week’s critical set of growth data will be a massive test for local markets. Frankly, by all metrics, growth in China remains more than adequate, but a subpar reading and Main Street might eventually take notice and realise all is not well in China.

Many confusing signals to deal with but none more so than why the PBoC waited so long on the currency front before verbal intervention which has left just enough uncertainty in the air over what their actual motivation was. With some arguing that policy choices are going to be robust and will have the effect of intentionally causing the currency to weaken. However, authorities have made clear their intent on domestic monetary settings, and this would suggest that growth and not trade war will be the determining factor in policy decisions

Indeed, there is Big Trouble in Big China as authorities continue to grapple with pulling back stimulus created by a state-run banking machine which operated with wanton disregard for risk management. Add in the prospects of an economic slowdown, escalating trade wars all wrapped in a shrinking population, and it does suggest Main Street is missing the bigger picture. China risk continues to be underpriced from my chair indicating at a minimum; the Yuan will resume trending lower as the mainland administrators continue to deleverage China, keeping in mind in a wobbly China scenario, CNH should move more than CNY (which is fixed)

There have been massive portfolio outflows from Asia that have resulted in markets tumbling to fire sale levels (SHCOMP -20% on the year). The big dollar – which triggered a lot of the recent round of EM troubles – seems to be consolidating but, there is a lot to be still much to be worried about as the US is not easing its aggressive trade posturing. But this extended period of capital outflows in ASEAN markets does suggest this was more than event-driven risk but more of a structural shift. Whether this shift was all about the strength of the US dollar and risk around China, or more likely a combination for both, this week tier one China data will go along way to confirm this view.

The first round of US tariffs has come into effect with little fanfare. But this contained reaction has given a boost to local risk assets led by the SHCOMP trading 2.5 % higher w. USD ASIA along with the broader G-10 complex in general, traded lower into the weekend as the Goldilocks NFP has given a boost to the nascent EM Asia rally and the USDMYR was no exceptions piggybacking regional risk.

But MYR bonds were trading very neutral into weekend due to the NFP influence, but activity should pick up today ahead of the MPC on the 11th which could read neutral to dovish and give support to local bonds. However, a more dovish MPC could cause the USDMYR trade defensively this week, but the currency pair will be hard pressed to take out the 4.05 level given the s US dollar could be on the retreat after Friday’s tepid US wage growth-inflation.And with OIL prices poised to move higher, the Ringgit should get some support from the commodity sector.

On the MPC front, economic growth will slow to 5.5 per cent this year from 5.9 per cent, while inflation will cool to 2.5 per cent from 3.9 per cent, which will give new Governor Nor Shamsiah Mohd Yunus cause to pause. But for fear of triggering more outflows and denting the local capital market appeal due to to the resulting weaker Ringgit, the BNM will likely refrain from being overtly dovish. With very little priced into rate hike expectations, the market has done most the BNM repricing with Bloomberg data showing the market implied policy rate for one year’s time has declined to 3.28 per cent from 3.41 per cent in May, so why rock the boat.

NZD: The metals complex has recovered from the worst of the sell-off for now and has seen something of a relief rally in AUD & NZD.But given the antipodean position in the global supply chain, they will be the first pairs to buckle on a further escalation of trade war rhetoric.

EUR: The Euro has seen a decent relief rally from the low 1.15 handle, and after last week when some ECB members advocated a sooner rather than later rate hike and a Goldilocks NFP print we could see some more EUR short covering. But it does feel like we are entering the summer doldrums on currency markets as desks are more apt to cover what orders need to be hedged and little else.

JPY: This remains a painfully dull range trades, and levels are clear with the downside at 109.90 and topside resistance in the 111.20