Shares of Chinese smartphone maker Xiaomi stumble on their debut, slipping as much as 6% 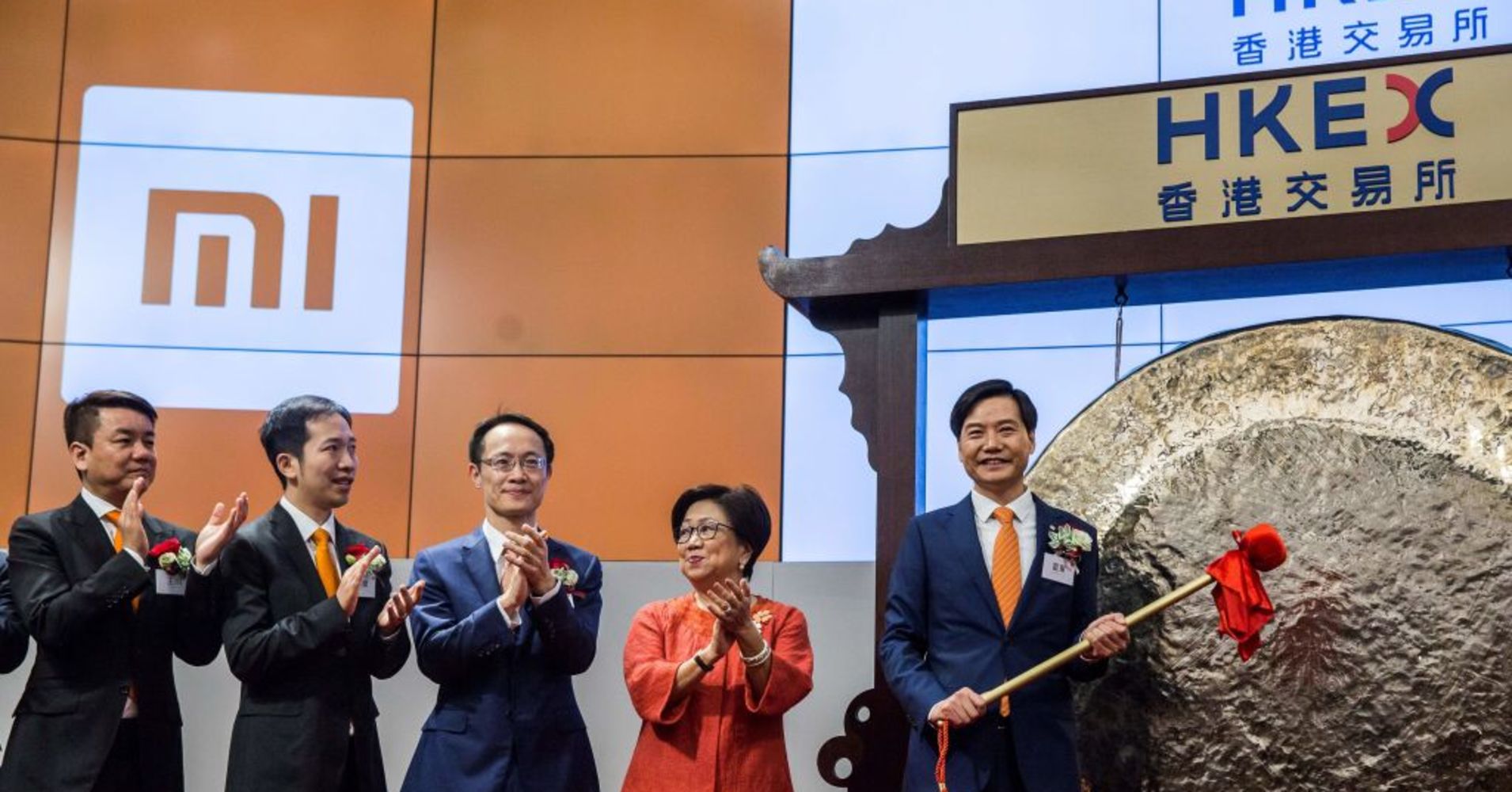 Shares of Chinese smartphone maker Xiaomi stumbled on their debut in Hong Kong on Monday, opening for trade down more than 2 percent and slipping as much as 5.88 percent during the session. That came after a disappointing pricing and a listing delay in mainland China.

The company had earlier set a range of HK$17 to HK$22 for the approximately 2.18 billion shares on offer, eventually pricing its IPO at the low-end of an indicative range on Friday. Following the deduction of fees and expenses, Xiaomi said it raised around HK$23.97 billion ($3.05 billion).

The Chinese company, established only in 2010, is now the world’s fourth-largest smartphone manufacturer by producing low-priced devices that have drawn comparisons — favorable and accusatory — to the iPhone.

“I think short-term stock price is mostly dictated by market conditions. What we will be doing is to focus on the long-term growth of our business,” Xiaomi President and Co-Founder Lin Bin told CNBC’s Emily Tan on Monday.

Xiaomi’s soggy debut performance hasn’t come as much of a surprise for some analysts.

“The share was priced at a very high valuation multiple, substantially higher than its global peers. Even though Xiaomi remained to be a very good story, I think the market is at a stage where you have to prove yourself first before the market can give you a good valuation,” Hao Hong, head of research at BOCOM International, told CNBC.

“No matter how you look at it, it’s too expensive for me,” said Francis Lun, chief executive officer at brokerage GEO Securities, drawing comparisons between the price-to-earnings ratio of Xiaomi and Apple.

Analysts had earlier cited a range of factors for the relatively weak pricing, such as the Chinese CDR delay and recent negative investor sentiment toward global equities, including recent stock market downturns in China and Hong Kong, amid trade war fears between the United States and China.

Lin told CNBC that the impact of the trade fight between the world’s two largest economies wasn’t a huge concern in the short term as Xiaomi had not done much business in the U.S.

Analysts have also said the market might have concluded that Xiaomi has been overhyped.

“Honestly, Xiaomi is not an internet company,” said Dickie Wong, executive director for research at Kingston Financial in Hong Kong. “It’s just a hardware company,” he said. “That’s the problem.”

But Lin suggested that the kind of company Xiaomi was being categorized as was of little importance: “I don’t know how to call us. Make a name for us, we’ll be happy to accept anything.”

And while markets still expect Xiaomi to eventually offer CDRs, there’s a split in opinion on when that will happen. Some see it as early as the next few months and others project it won’t start until next year.

Xiaomi’s Lin didn’t give additional details about when that may happen.

“We decided to postpone the CDR just to ensure the success of the CDR with a very graceful, mutual agreement with CSRC (China Securities Regulatory Commission). So we will be revisiting CDR at a proper time in the future,” he said.