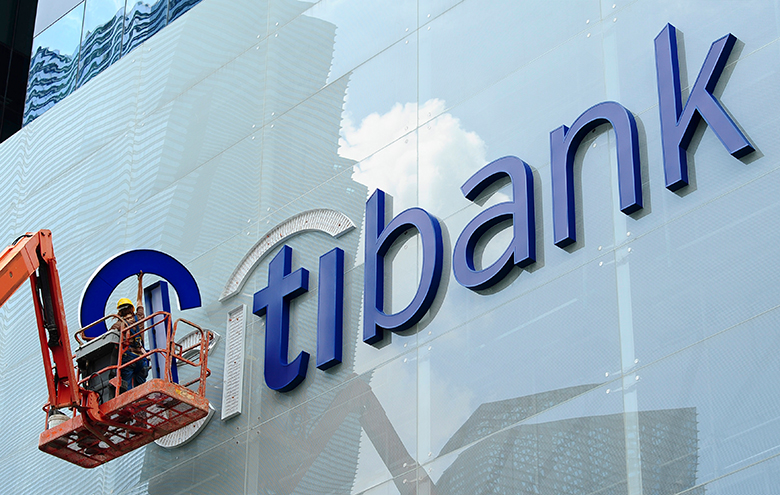 In the pantheon of divisional reorganizations at banks, Citi’s latest change fits into the category of the entirely logical rather than the downright odd. There is little good reason these days to have capital markets split out from investment banking – doing so in fact goes against the way in which most big banks, including Citi, claim to approach clients.

In a memo announcing the changes, Forese referenced the bank’s slogan to ‘be the best for our clients’. That gets a lot of airtime within Citi – CEO Mike Corbat even gives the phrase pride of place in the opening paragraph of the bank’s code of conduct.

Forese said that the alignment of capital raising and advisory offered by the new change would help the firm to achieve this.

It’s not clear what has triggered this thinking specifically now: being the best for clients is, after all, not a new target for this bank or for any other.

However, reconstruction is a difficult job: the tottering post-crisis Citi needed careful management focus on each constituent part if it was to rebuild. The firm’s scale – whether in product or geographic reach – was also in a different category to most rivals.

That the bank is now in a position to be able to bring more pieces under one umbrella is a sign of progress, albeit progress that has – perhaps because of the firm’s size and complex legacy – taken longer at Citi than at some rivals.

It’s also not clear whether the change is the result of detailed discussion or has been sprung as something of a surprise by Forese. Dickson and Falco are not yet in a position to disclose even the very next level of the structure of the combined division, let alone anything further down the chain.

Both are now expected to take some time touring the global operation to establish where management resource is needed and how that should be organized.

An indication of the significance of the move may well come from how that structure plays out. If Dickson and Falco dispense with regional BCMA roles below them on the basis that they are already in those regions, for instance, they could leave themselves open to the accusation that there is little substance to this shiny new co-ordinated approach.

We need to aspire to be top three in every one of our products. We need to align ourselves better on coverage if we want to cover the largest clients in the world

Additionally, will everything fall into a regional product and country matrix below them or will there be some sort of global structure for products? And if the combined structure ends up only extending one layer below Dickson and Falco, for instance, how meaningful is it?

That said, it’s also the case that capital markets and investment banking have in many ways been integrated in all but name for at least a couple of years at Citi. Decisions around staffing and compensation have been made by McGuire and Dickson working together, for instance.

And the big pieces have fallen happily into place for Forese. In Dickson and Falco, he has two proven executives who represent the mix of both businesses and have been in their current roles for a decade. And by opting for Falco over McGuire for the second co-head role, he also neatly balances the US and Europe.

Giving him the freedom to do that is the fact that Dickson already has a formidable CMO ally in Europe in the shape of regional head Phil Drury, whom Dickson moved from the US in 2015 to shake up the European capital markets business.

Dickson was already running a global business – he has been at the helm of CMO since it was formed in 2008 – so Falco’s looks like the bigger promotion. McGuire’s move opened the door for Falco’s elevation, which leaves Drury as the most obvious manager from the old structure for whom a senior role needs to be found.

Citi’s latest move perhaps makes most sense when viewed as part of a longer continuum rather than something to be scrutinized too hard in isolation.

In keeping with the post-crisis realization that banks had to be seen as less self-serving, Forese’s objective in institutional client services was to reconfigure the post-crisis Citi around what it could do for clients.

“When you look at our unique history, this move make sense,” says Dickson. “Prior to the financing crisis, Citi’s collection of banking coverage and capital markets product resources were the result of series of complex mergers and acquisitions.”

The creation of the institutional client services division at least brought all of those disparate CIB businesses together and instilled some sense of partnership, but the silo mentality that had grown up around the firm still needed to be changed.

“Given our scale, It naturally took time for each of these units to come together,” adds Dickson. “Our integration of the corporate bank and the investment bank has made our coverage more effective and our integration of ECM, DCM, levfin, structured finance and issuer services has allowed us to deliver better solutions.”

A lot of the gelling of corporate and investment banking was done on Falco’s watch in Europe. Since the financial crisis, he has been one of the key players in transforming the bank’s coverage and advisory business in that region into a credible competitor.

Much of the hard work was achieved in the days when he was jointly running the business with James Bardrick. They were different, but complementary: Falco an out-and-out client man; Bardrick, originally an engineer, was more of an operations manager.

They ran EMEA investment banking together from 2009 until 2014, navigating the immediate post-crisis period when it was far from clear what Citi would be able to do for clients in big parts of its global network, let alone its home market.

We are one of the best CIB, capital markets and securities firms on the Street. But Jamie is raising the bar

They left it far better than before, and perhaps most importantly tackled the cultural conflict that often rumbled between corporate bankers and their colleagues in investment banking, jettisoning people who couldn’t work together effectively.

Bardrick has now been chief country officer for Citi’s UK business since 2014 and could be one of the candidates to replace Jim Cowles as EMEA chief executive after it was announced this week that Cowles was retiring from the bank. Bardrick will have one less rival for that role now that Falco has already been promoted.

Cowles’s departure emerged alongside news that CFO John Gerspach will also be leaving the bank, as well as North America CEO Bill Mills. Coupled with the CIB changes, there is a sense of a firm preparing for its next stage.

“We are a very large and complex firm, in some senses more complex than any of our competitors, so more alignment of our businesses makes a lot of sense,” says Falco. “When you have the assets that Citi has, putting them closer together helps to break down barriers and drive that logical focus on clients.”

There is work to be done. It was in part Citi’s remarkable ability to respond to an environment of globally synchronized growth that helped secure it the accolade of World’s Best Investment Bank in Euromoney’s Awards for Excellence 2018.

However, Dickson argues that to maintain that ability will require the firm to get better at collaboration in delivery of ideas and content – and in execution.

“As a result of progress over a decade after the financial crisis, Citi is one of the best banking, capital markets and securities firms on the Street,” says Dickson. “But Jamie is raising the bar for Ray, Manolo and me to take this firm from one of the best to the best and our new business unit will help us get there.”

Earlier this year, Forese was telling Euromoney that Citi didn’t need to be spectacular or always beat its peers. “But we contend in everything that we do, and we contend in more areas than our competitors,” he said.

That’s doubtless still the case, but Dickson and Falco certainly sound like men on a mission to bring another layer of focus to that objective.

There will also be work to do in ensuring that while global growth and trade has been the bedrock of a firm with a network such as Citi’s, any disruption to that environment does not hurt the firm unduly.

There are obvious areas to do that: first, lifting the all-round game. Citi is not yet in the top three in global M&A, as it should be given its combination of US heritage and global reach. It is inching up, however. It sat fifth for completed deals in 2017 – in the 12 months to September 2018 it is fourth.

It is also fourth so far this year in global ECM, a business where Europe under Drury is improving well.It stands third in the region, and top in IPOs. In global DCM, the bank ranks top.

“We need to aspire to be top three in every one of our products,” says Falco. “We need to align ourselves better on coverage if we want to cover the largest clients in the world.”

Falco should know: as he notes, some 40% of the EMEA wallet each year comes from just 200 clients. And it was under him – and Cowles – that Citi finally broke into the top three in capital markets and M&A revenues in Europe in 2017.

Dickson and Falco are reluctant to point to gaps as they consider their priorities in their new roles, but it’s clear that one area where they think they can add value in their new joined-up division is in spotting potential clients before others do – and they won’t come from where Citi has been used to finding them.

“Historically, we have always naturally been more dominant with clients that are the most capital intensive, and when those sectors go through pockets of restructuring, that’s good for us,” says Dickson.

“But when you see the world in a global growth paradigm shift like it is, when you see the disruption from certain players in tech and healthcare, you see major platinum clients for the bank today that didn’t even exist 10 years ago. That’s why we need to focus on identifying future winners.”