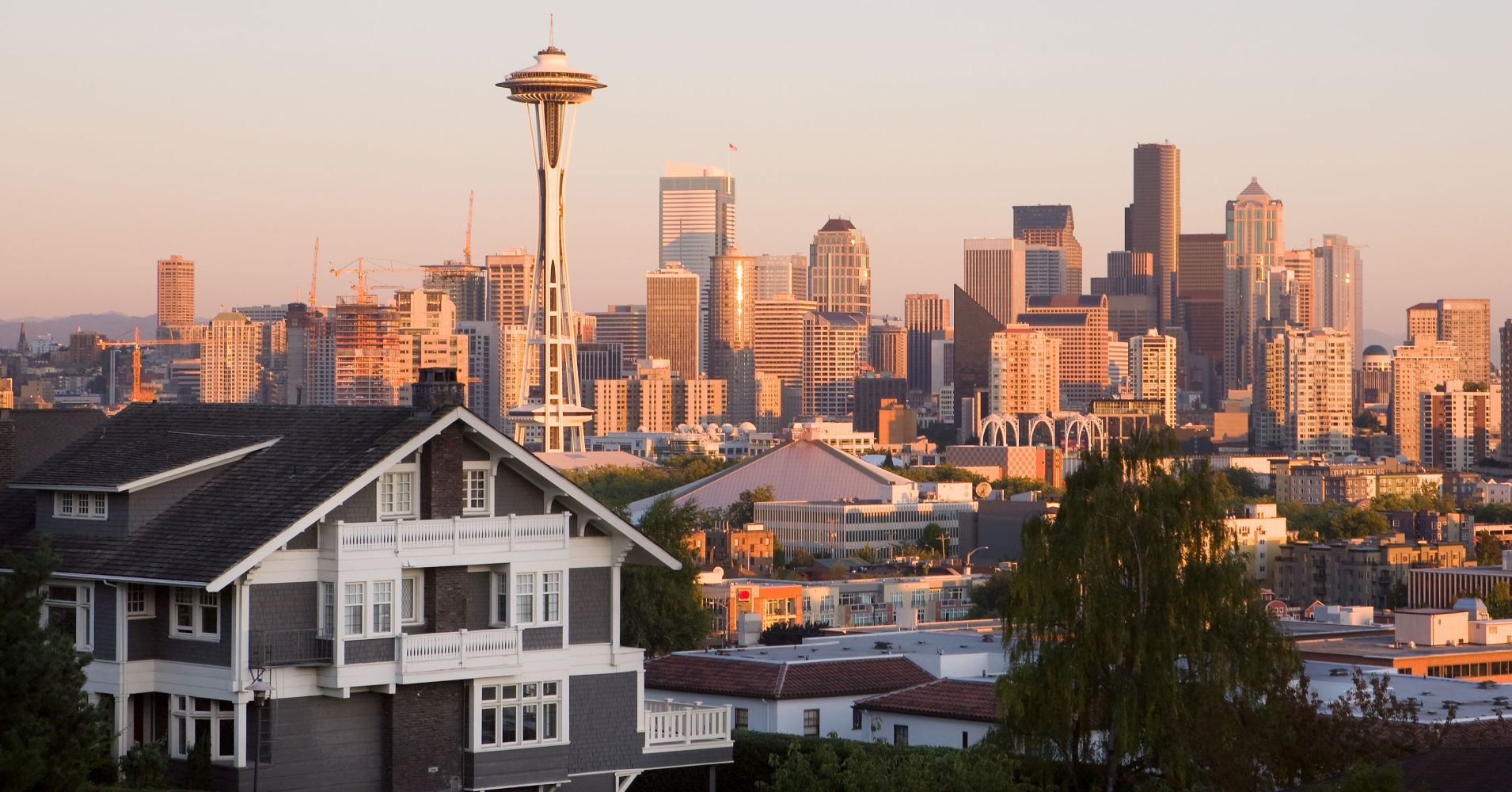 Seattle-area real estate agent Jerry Martin said he first entered the business in 1977, which means he remembers the days of double-digit mortgage rates and multiple booms and busts. That includes the bubble in 2006 and 2007 and the historic collapse that followed. None of that, he said, quite compares to the “craziness” that has been going on lately.

“It would not be unreasonable for a three-bedroom, one-and-three-quarter bath, 1,500-square-foot home to go on the market and within the hour or two you’re looking at multiple offers,” he told CNBC. “We’ve had situations where 20, 30 offers were coming in on a piece of property.”

The Washington state housing market is the hottest in the country. Prices increased nearly 4 percent in the first quarter, according to the Federal Housing Finance Agency, the largest jump in the nation. They are up nearly 13 percent from one year ago. That compares to just under a 7 percent increase over last year nationwide. But inventory — the supply of homes on the market — has not come even close to meeting that demand.

The situation is especially critical in the Puget Sound area around Seattle, which has added nearly 55,000 jobs in the last year alone, thanks to hiring at big employers like Amazon, Microsoft and Boeing. Combine the resulting surge in population with a slow pace of construction and you get a classic crunch.

More from Top States for Business:

“A good, healthy market in any area is probably four to six months of inventory. Within the last two or three months, we were, in our primary markets, with about two to three weeks of inventory,” said Martin, a Re/Max agent and the president of Washington Realtors, which represents about half of the real estate brokers in the state.

Martin said the crunch has eased a bit in recent weeks with the start of the peak selling season. Still, like just about every real estate agent, buyer, seller, homeowner and renter in the region, he worries about where the market is headed next and how much longer the boom will last.

The demand for housing has hit nearly every sector — rental apartments, condominiums, as well as single-family homes. Seattle workers are being forced to look farther and farther from the city to find a place to live.

An even bigger question is how the boom will end. Will it be a soft landing? Or is Washington setting itself up for a crash?

James Young, director of the Washington Center for Real Estate Research at the University of Washington, said that as long as there is real demand for property, the market can continue to grow.

“A bubble happens when you have the prices going up without the demand going up,” he said. “You’ve still got demand going up in Washington, so I don’t see a huge issue here.”

In its quarterly report on the Washington housing market for the first three months of 2018, the center put statewide inventory at a little more than five weeks, which it called a “slight imbalance.” The report said around 113,000 units sold in the first quarter, a 5.1 percent increase from the same period a year ago.

But Young cautioned that the market can change quickly.

“If demand were to disappear tomorrow, there’s a lot of construction going on out there,” he said. “I’m not sure housing prices would crash or anything, but it’s one of those things that you always have to be mindful of.”

Young said one of the biggest risks to the market involves local policies.

The real estate market got a big scare in May when the Seattle City Council approved a so-called head tax of $275 per employee at companies with more than $20 million in revenue. The tax would have raised about $47 million per year to help ease the city’s homeless crisis. But when Amazon — widely seen as the main target of the tax — threatened to stop further growth in the city as a result, the council backed down and repealed the tax.

But Young worries that additional measures will be coming down the line, similar to the head tax, targeting both supply and demand.

“You’ve got other sorts of policies and things that have been floated out there in terms of big employers. You’ve got a lot of different economic attitudes and economic positions toward developers,” he said. “There’s lot of regulatory issues that constrict the supply.”

Developers, meanwhile, are trying to forecast demand three years down the road — the time it takes to plan and build a project. If they get it wrong and overbuild, “that’s where your crashes occur,” Young said.

“If jobs are lost based on tariffs, or if we have these trade wars going back and forth, people are going to be skittish, because they don’t know if they’re going to have a job tomorrow,” he said.

Also a concern: interest rates, which are on the rise as the economy heats up. A 30-year fixed-rate mortgage in Washington averaged 4.4 percent last week, according to Bankrate.com. They were under 4 percent a year ago.

Higher rates make homes even less affordable than they are now, and that could price some buyers out of the market.

At the same time, some moderation might be welcome in a market that is moving too fast for anyone’s good — “buyers and sellers alike,” Martin said.

Not only are buyers being forced to chase after soaring prices, but sellers are forced to navigate so many competing offers in such a short period of time that they cannot always tell whether they are getting a fair price. And then the sellers become buyers in the same stressful market.

“The baby boomers that want to downsize, they can’t find an affordable house within the state,” he said.

The stress is also affecting everyone else in the process.

“Let me include the real estate brokers as well,” he said as they try to manage expectations on both sides of the deal.

Even real estate appraisers face challenges as they try to value properties based on comparable sales in the neighborhood at a time when comparisons are changing almost by the minute.

Martin said the situation started to improve in May, as inventory finally expanded to levels not seen since 2008. In retrospect that expansion was one of the first signs of the crash. The hope is that this time it is just a badly needed breather.

“Who knows what may happen government-wise, economy-wise or anything else,” he said. “I really wish I had a crystal ball.”