EBA stress tests are past their sell by date 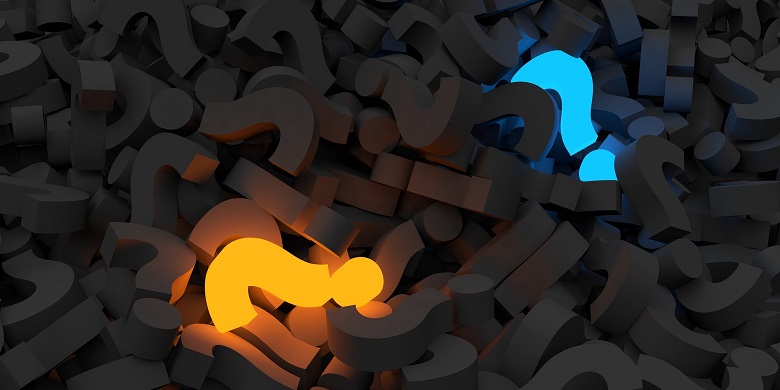 The European Banking Authority (EBA) stress test results came and went at the start of November and nobody paid them much attention. Are they even worth the effort anymore?

This now looks like a test that the examiners – the EBA, the European Central Bank (ECB), national central banks – have designed for their charges to pass easily and which is chiefly intended to reassure investors what a wonderful job the examiners have done in forcing banks to hold larger amounts of higher quality capital to protect against a severe downturn.

The EBA says the adverse scenario for the 2018 test was more severe than for any previous such EU-wide exercise.

Investors can decide for themselves how dystopian is a cumulative fall in GDP over three years by 2.7%, with unemployment reaching 9.7% by 2020, and houses prices and commercial real-estate values falling by around 20%.

Not especially, would be our own view.

The test applied to the end-2017 balance sheets of 48 EU banks comprising 70% of total EU banking system assets. The headline is that from an aggregate starting point ratio of 14% fully loaded common equity tier 1 (CET1), the system would see its ratio fall to just 10.1% in the adverse scenario.

How comforting is this, especially in light of the political uncertainties in Europe and the wider world now unsettling financial markets, and the evident bank-sovereign doom-loop brought into focus once again by the face-off between the new Italian government and the European commission over its budget?

Sam Theodore, team leader for financial institutions at Scope Ratings, questions its relevance in a particularly thoughtful commentary on the whole exercise.

“Having publicly concluded some time ago that banks had reached a reassuring level of capitalization, European regulators were clearly in no mood to plant the seeds of another banking panic,” says Theodore.

“Perhaps more to the point, they were in no mood to plant the seeds of another banking crisis that they might be blamed for.”

For all the encouraging optics of the adverse scenario’s only modest degradation on the system-wide CET1 ratio – the figure that bank analysts, regulators and investors have long fixated on – Theodore worries about how the next crisis might play out in reality.

“The political environment the EU finds itself in is more fickle today than it was at the time of the ‘fight the crisis’ consensus of 10 years ago,” he says. “The ECB is still at the end-stage of its QE programme and rates remain rock-bottom.

“This suggests that should a new banking crisis come about, the ‘whatever it takes’ mantra may be less reassuring than last time around.”

And what about the risks that the EBA test entirely fails to consider? How will banks cope with a successful large cyber-attack against many of them at once? This is the risk the banks themselves tell Euromoney they are most concerned about and are spending billions of euros to protect against.

As a fundamental business model issue, how will episodes of misconduct – from market abuse, money laundering and financing the ‘wrong’ people – affect banks’ funding costs and their ability to issue new capital at economically viable prices?

Now in the late stages of a benign credit cycle and buoyed by abundant central-bank liquidity, banks are still earning miserable returns and trading at low multiples of tangible book value.

In October, the Bank of England (BoE) published a consultation paper querying banks capacity to cope with the manifold financial risks arising from climate change: not the obvious operational risks of coping with flooded premises, but rather the extreme credit vulnerabilities of finding their balance sheets stuffed full of bad loans to car makers and power producers suddenly by-passed by new climate-friendly technology, or mortgages on properties in flood zones that are suddenly uninsurable.

It points out that global insured losses from natural disaster events in 2017 were the highest ever recorded. The number of registered weather-related natural hazard loss events has tripled since the 1980s and inflation-adjusted insurance losses from these events have increased from an annual average of around $10 billion in the 1980s to around $55 billion during the past decade.

The BoE will be announcing its own stress test results in December.

UK banks performed particularly poorly in the latest EBA stress test results. Bank analysts at Barclays point out material drawdowns with Lloyds, RBS and HSBC, all posting peak-to-trough CET1 reductions of greater than 5% – and Lloyds notably troughing at 6.8% on a fully loaded CET1 basis, one of the lowest of all the banks tested.

The Barclays analysts were clearly too polite to point out their own bank falling to 6.37% in 2020 under the adverse scenario, albeit from a lower starting point.

Does this even matter?

Mario Quagliariello, director of economic analysis and statistics at the EBA, points out: “The results will be used by supervisors as part of their wider assessment of banks’ vulnerabilities and input to their supervisory decisions.”

Though there is no pass/fail mark for banks on the stress test, the clear implication is that regulators will use it as an input into their pillar 2 guidance to banks over appropriate capital levels.

Speaking in Brussels on Monday, Luis de Guindos, vice-president of the ECB, pointed to the worst-performing banks, with below 9% fully loaded CET1 ratios in 2020 under the adverse scenario. These include household names such as Barclays, Lloyds, BNP Paribas, Société Générale, Commerzbank and Deutsche.

“These 12 entities, representing almost 40% of total assets of the sector, should increase robustness and enhance capital positions to face challenges ahead and will thus be closely monitored,” he said.

Yet the BoE promptly put out a note that the results of the EBA stress test merely confirm the results of its own stress tests and show that the four participating UK banks would be resilient to a severe economic and market stress.

The UK central bank implies that the EBA has finally caught up with the BoE, with the severity of the downturn in the UK economy assumed in the EBA stress scenario being, for the first time, similar to that assumed since 2014 in the BoE’s own annual stress test.

The BoE also points out rather sniffily: “The scenarios for most other European economies were not as severe as for the UK.”

And so after all this, Barclays bank analysts expect the BoE stress test to flash a green light for capital returns and still model a £2 billion buyback to be announced with Lloyds 2018 results in February, meaning a total capital return of greater than 10% of its market capitalization.

Why are we even bothering with all this?