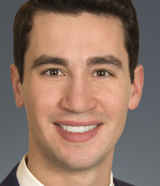 As the dust settles from the implementation of second Market in Financial Instruments Directive at the beginning of this year, it is now becoming clear who the winners are likely to be: large global investment banks.

There has been a 19% year-on-year cut in research budgets among the largest European equity investors for 2018, to an average of over $8 million.

The equivalent figure of all institutions is 14%, leaving them an average external research and advisory budget of $3.8 million.

But according to the Greenwich Associates 2018 European Equity Investors Study, the big sell-side firms have increased their share of this shrinking market.

The research polled 69 institutions, 24 of which were deemed to be large investors (on the basis of institutional commission volume).

The big surprise has been the lack of traction achieved so far by independent, specialist research firms.

“A lot of people were expecting rock-star analysts from the big brokers to break away and form their own shops, but this hasn’t happened to a large degree yet,” William Llamas, institutional relationship manager at Greenwich Associates tells Euromoney.

“Independent research providers are currently only 1% of the total pot. The best analysts are staying with large brokers as long as they keep paying them.”

Llamas says that following the near-20% cut in budgets over the last year, the worst is likely over.

“Research budget cuts are slowing down,” he says. “Firms still expect to cut a little more: there is a 5% to 6% change expected in 2019, which is similar to the few years leading up to Mifid II. But people are taking inventory, and there is the potential for budgets to increase as firms realise that they may have over-cut. They realise that alpha generation is the most important thing.”

The key question for investors is whether or not they will be able to create alpha with a research budget that is 15% or 20% lower than a year before.

Under Mifid II, European asset managers are mandated to set an overall research budget ahead of time and communicate that with clients.

So far, only 70% of annual European equities research budgets have been pre-allocated in this way; Greenwich Associates reckons that there is still an additional $300 million of unallocated research budget for providers to fight over.

The average number of research providers and brokers engaged by each large asset manager remained flat year on year at around 16, although these numbers are down 25% since 2015. There is no big decrease expected next year. Indeed, some of the larger firms may actually add to the numbers in 2019.

“The largest asset managers are saying that they will increase their budgets if people say that they can’t do their jobs with less research,” says Llamas. “That research will overwhelmingly be provided by the large investment banks.”

The domination of the market by the largest brokerage firms extends to execution, where broker concentration has also increased. Two thirds of buy-side European equity trade business now flows through the top five brokers.

Mifid II was designed to increase transparency and, as such, to limit the use of dark pools. That has left investors with a liquidity problem. By setting themselves up as systematic internalisers (SIs), brokers are able to trade directly with a client using their own capital, and this was expected to be a popular solution to liquidity provision. Indeed, half of traders responding to the Greenwich survey believe that SIs have been effective at sourcing liquidity and investors are mostly positive about how they function.

The problem remains, however, that they are costly for the systemic internalisers themselves to run and involve stringent pre-trade transparency rules.

“Not as many people are taking advantage of SIs as we were expecting,” Llamas explains. “Everyone was expecting SIs to be the way of the future, but the administrative burden might be too hard to maintain.”

Investors seem to be devoting more of their energies to devising ways around the dark-pool usage caps instead.

The large-in-scale (LIS) waiver allows large trades of certain thresholds to use dark pools, regardless of whether or not the venue’s cap has been breached.

One UK-based trader told Greenwich Associates: “I’m going to try to hit the waiver size with every order, given the value of dark pools.”