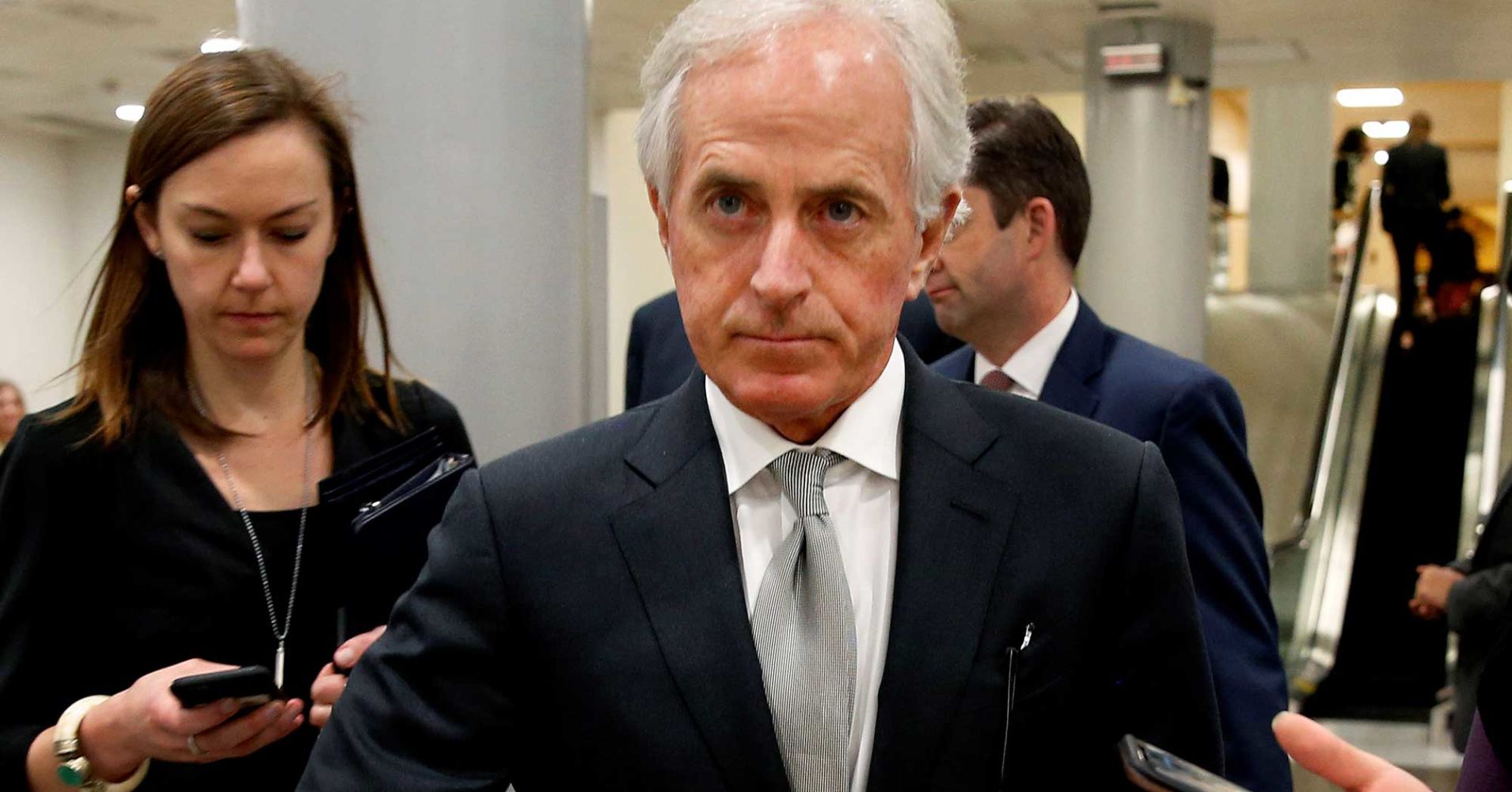 As a trade war with China could widen and damage a broader swath of the U.S. economy ahead of November’s midterm elections, GOP lawmakers hold little leverage over a president intent on cracking down on alleged unfair trade tactics.

Facing the prospect of a presidential veto, Senate Republican leaders have not yet taken up a bipartisan proposal to limit President Donald Trump’s ability to impose tariffs. On Wednesday, the chamber plans to vote on a “motion to instruct” related to Trump’s authority to levy duties — which can recommend a course of action, but does not compel the president to make any move.

Sen. Jeff Flake, an Arizona Republican and one of the leading congressional critics of Trump’s trade policy, called the action “a first step toward reasserting Congress’s constitutional role on tariffs.” He said the motion will relate to Section 232, or the president’s authority to impose tariffs over alleged threats to U.S. national security.

Flake tweet: FINALLY, Senate will push back on the President’s abuse of Section 232 to impose tariffs. We will vote Wednesday on a “Motion to Instruct,” a first step toward reasserting Congress’s constitutional role on tariffs

Even if the Senate approves the motion, neither lawmakers nor the president have to abide by it. Deterred by the president’s veto power, the GOP-controlled Congress appears reluctant to take more concrete action checking Trump’s authority, even as many lawmakers contend the widening trade conflicts will harm both American companies and consumers.

Trump’s actions — and retaliatory duties levied by China, Canada, Mexico and the European Union — have so far affected only a small pocket of the U.S. economy, leaving it off the top of most lawmakers’ priority lists. It is unclear what amount of damage to consumers and businesses, if any, would compel a veto-proof majority of Congress to vote to check the president’s tariff authority.

On Tuesday, Trump raised the trade stakes again. His administration proposed 10 percent tariffs on $200 billion in Chinese goods, subject to a review process. Last week, the U.S. levied 25 percent duties on $34 billion in products coming from China, and Beijing retaliated by targeting the same dollar value of U.S. goods.

Some Republicans tried to limit the scope of Trump’s actions, even before the conflict with China escalated into a full-scale trade war.

Sen. Bob Corker, a Republican who represents Tennessee, one of the states most susceptible to trade retaliation, has tried to tie a measure curbing Trump’s tariff power to separate legislation to no avail. The motion the Senate plans to take up Wednesday would instruct the senators going to a conference with the House on an energy and water development appropriations bill to include language giving Congress a role in imposing tariffs for national security reasons, according to Corker spokeswoman Micah Johnson.

Still, it would not force lawmakers to take any particular action. Corker previously proposed the bill to check Trump’s ability to impose tariffs with a national security justification, backed up by Flake and several other Senate Republicans and Democrats.

Lawmakers from both parties have questioned that justification, used to put tariffs on steel and aluminum imports from allies Canada, Mexico and the EU. The administration is also considering whether to use that authority to levy duties on automobile and auto part imports — an action that could more directly hit consumers.

As Trump has showed his opposition to the Corker proposal, it has gone nowhere in Congress. The top Republican in both the Senate and House have cast doubts on whether they will take up or pass a bill to check Trump’s ability to impose tariffs.

Countries retaliating against Trump’s tariffs have targeted industries important to McConnell’s and Ryan’s home states of Kentucky and Wisconsin, respectively. Louisville, Kentucky-based Brown-Forman, the maker of Jack Daniel’s whiskey, said it will raise prices on some products in Europe in response to EU tariffs. Milwaukee, Wisconsin-based Harley-Davidson also announced it will move production of EU-bound motorcycles overseas in response to the duties.

On Wednesday, Ryan told reporters that tariffs are not the “right way to go” to target alleged intellectual property theft by Chinese companies. Still, he said he does not want to “hamstring the president’s negotiating tactics” such as duties that Trump is using to force trading partners to change their behavior.

Despite mounting congressional criticism, the White House appears intent on plowing ahead with tariffs. Trump aims to deter what he calls unfair tactics by major trading partners, arguing the duties will help to fix imbalances and protect American jobs.

The president won the White House in 2016 partly on pledges to fix trade deals that he says punish U.S. workers. Many lawmakers from both parties agree with his push to revise trade deals — although some of those members of Congress have said his tariff actions have gone too far.

On Wednesday, the president defended his trade policy again. As he met with North Atlantic Treaty Organization members in Brussels, he tweeted that he is “always thinking about our farmers.”

“I am fighting for a level playing field for our farmers, and will win!” he tweeted from Belgium.

Trump says duties imposed by foreign nations punished the American agricultural industry. However, farmers have raised concerns that recent retaliatory tariffs on products such as soybeans will harm their businesses.

The president’s tweet came as soybean prices hovered near a 10-year low.