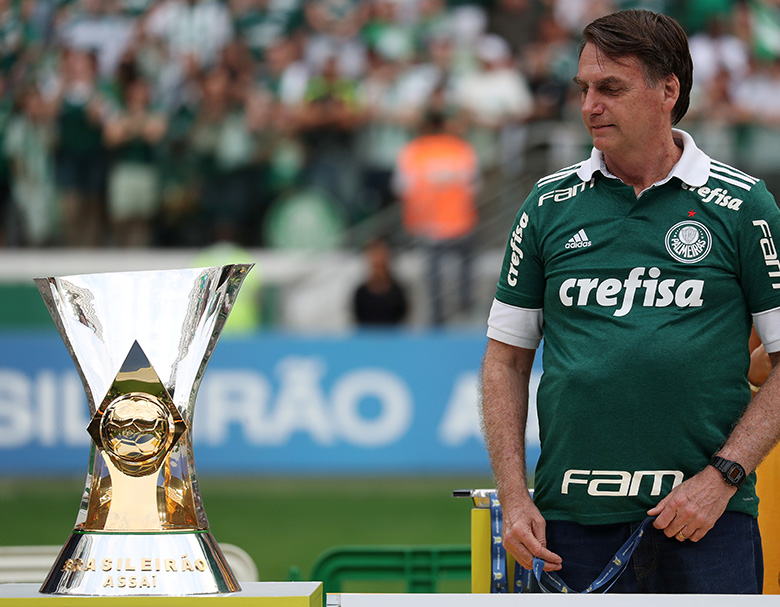 Eye on the prize: But football fan Jair Bolsonaro’s chosen team is vulnerable to attack down the right wing…

The elections in October demonstrated solid public support for the outspoken, right-wing Rio de Janeiro congressman and retired military officer Jair Bolsonaro, of the Social Liberal Party (PSL), who officially takes over the role on January 1.

He defeated Workers’ Party candidate Fernando Haddad, the former mayor of São Paulo, in a run-off vote by 55.1% to 44.9%, in what many would regard as a respectable democratic process complete with a high turnout.

The voting took place just as the economy grew at its fastest pace in a year and a half, by 0.8% quarter on quarter and 1.7% year on year.

However, it is still under-performing compared with faster-growing emerging markets (EMs), having emerged from its worst recession in living memory with an unemployment rate above 11%.

Its investor prospects have improved a little this year, but not enough to outweigh the substantial deterioration in risk score during the past five years, according to Euromoney’s quarterly survey, leaving Brazil worse off than five other Latin American countries: Chile, Mexico, Peru, Uruguay and Colombia.

Currently 55th out of 186 countries in the global risk rankings, Brazil is riskier than China and India as well as a number of other EMs in Asia, including Malaysia and Thailand.

Indonesia, which is on a similar risk rating, could soon join that list too. Brazil is 16 places lower in the survey compared with 2013, while Indonesia, on a long-term improving trend, is 10 places higher.

“Politicians, businessmen and the press, in general, are agreeing with the quality of the people chosen to manage government ministries, agencies and banks,” he says. “All of them expect to have a new way of doing politics after the last corrupt governments.”

Yet, as is clear from other analysts, Larranaga is cautious in blindly accepting this government will be enormously successful.

Bolsonaro lacks political experience and, like his counterparts in the US and the Philippines, he expresses highly controversial views on gender, minority groups and the environment, not to mention personal threats.

His popularity is part of a wave of support for a return to moral conservatism seen in other countries as the means to eradicate social ills, which in Brazil’s case is purging violent crime, as well as corruption – the lowest-scoring of the 15 economic, political and structural indicators in Euromoney’s survey.

However, his pledges to ease gun laws and oppose environmental targets will undoubtedly upset opponents, with the risk that the government will either turn more authoritarian or become unstable in constant crisis.

In any event, improving the fiscal metrics will be complicated by parliament and the executive approving measures that include higher salaries for the judiciary and other expenses raising fiscal expenditure.

This year has seen little or no improvement to the total fiscal deficit, which is likely to be around 7.9% of GDP, similar to 2017, before narrowing next year as economic growth and lower unemployment take effect.

Yet it will not improve rapidly enough to prevent further debt accumulation, with gross liabilities soaring above 90% of GDP, increasing debt-servicing risk should interest rates rise.

Dealing with these problems will prove challenging in a country with huge income disparities and complex legislative barriers.

Bolsonaro has a clean slate, but he may not have much time.

Another survey contributor, Alvaro Diaz, an economist at the United Nations Economic Commission for Latin America and the Caribbean, points to the high risk of Bolsanaro losing social support once the honeymoon ends and notes the fact the government contains few good and empowered technocrats.

“The cabinet is a mix of military with no government experience, which is prone to making huge mistakes,” he says. “The foreign relations minister is ultra-conservative and an ideological extremist.

“The new finance minister will have a lot of nominal power, but he lacks government experience and does not have a high-level technical team with political capacity to deal with congress.”

Diaz acknowledges the privatization programme – involving around 100 state-owned enterprises – will provide some temporary relief to the fiscal deficit.

“However, restructuring the pensions system is a much harder and complex problem, with no short-term, quick-fix solution,” he says.

Economists at BBVA Research agree that passing reforms will be difficult.

They see the economy growing during the next few years at a progressively stronger pace, validating improvement to the economic-GNP outlook indicator in Euromoney’s survey on a year-on-year basis.

The risks are mainly political, however, noting the fact congress is highly fragmented, and will prove challenging to reforms.

Bolsonaro’s solution is to pass reforms in a piecemeal fashion, first by raising the retirement age. Any success on this front will be key to improving the fiscal metrics and, in turn, Brazil’s overall risk rating.