Risks are rising that oil prices will cause next recession 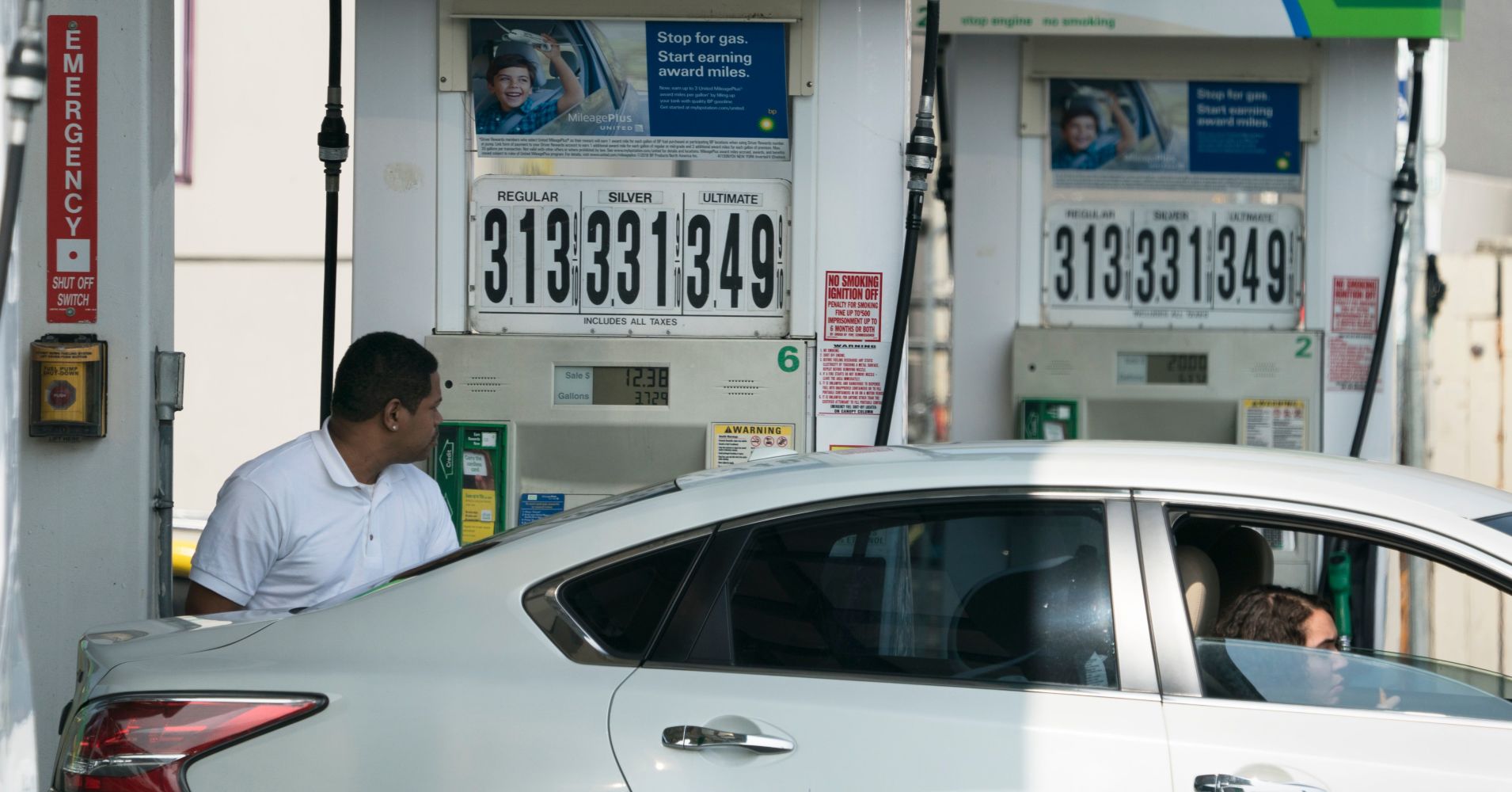 Oil gained more than 20 percent in the first half of 2018, and odds have been rising that higher crude oil prices will spark the next economic downturn. This should not come as a surprise for any investor who is a student of market history: The last five U.S. recessions were also preceded by a rise in oil prices.

In July 2008, even when the Federal Reserve was still betting that it had a handle on the economy, Warren Buffett warned that “exploding” inflation — whether in the price of oil or steel — was the biggest risk to the U.S. economy.

“Quickly rising oil prices have been a contributing factor to every recession since World War II,” said Moody’s chief economist Mark Zandi. Odds of a 2020 U.S. recession have risen to 34 percent, from 28 percent before this year’s spike in crude oil, Moody’s stated in a report.

President Donald Trump’s tax cut, a deal on Capitol Hill to boost government spending, and a flattening of the difference between short- and long-term interest rates also are contributing to the elevated recession risk. “My recession odds for 2020 have significantly increased since late last year,” Zandi said.

Oil seesawed in trading on Monday after President Trump’s tweet about Iran added to a geopolitical catalysts for oil. It started trading strong but trailed off by the end of the day. Recent swings in the price of oil — especially early last week, when Treasury Secretary Steve Mnuchin said some buyers of Iranian oil may be given extra time before sanctions hit, and Trump and Russian President Vladimir Putin discussed working together to regulate oil prices — show that the oil trade remains vulnerable to a downturn.

Sanctions against Iran, reimposed as Trump repudiated his predecessor’s deal to halt Iran’s development of nuclear weapons, is playing a major role in crude oil prices. In late June the Trump administration signaled that oil buyers must stop buying Iranian crude by November, and shortly after, , though doubts remain about the Saudis’ ability to increase production by as much as 2 million barrels.

In June figures reported last week, Saudi production was up by 500,000 barrels as it tries to tame the recent growth in crude oil prices. But the Saudis also have also said they cannot raise oil production above that level this month.

Earlier this month, Sanford C. Bernstein made a call that crude could reach $150 a barrel over the next several years. On Monday, as the U.S. and Iranian leaders ratched up their war of words, some analysts contended that oil could reach $200 a barrel if Iran shuts down the Strait of Hormuz or takes military action.

The case for a short-term surge in crude prices is that the Trump sanctions would remove much, even all, of Iran’s 2.2 million barrels per day from a global market of just less than 100 million daily barrels, at the same time the global economic expansion has demand growing 1.7 percent annually, according to Bjørnar Tonhaugen, head of oil markets at Oslo-based consulting firm Rystad Energy. The market is already struggling with the loss of as many as 700,000 barrels a day of Libyan crude, and more from Venezuela, as those nations struggle with outdated or malfunctioning production systems and internal political turmoil.

“If we do get oil prices of $100, $125 or $150, you reach a severe pain threshold, and not just for the U.S.” said Bernard Baumohl, chief economist of the Economic Outlook Group in Princeton, New Jersey. “There’s nothing vague or ambiguous about it. You reach a pain threshold in the triple digits, and there is a much higher probability of a global downturn. … It would be cataclysmic.’’

Baumohl isn’t a believe in the recession theory, though. “You can have a statement made that drives [oil prices] up one day and down the next, the key is to focus on fundamentals,” he said. Assuming no major geopolitical crisis, and that is a big assumption, we expect to see a downward slope even with Iran sanctions.”

The reason: U.S. shale output will continue to rise from what is already a record level. “By next year, the U.S. will be the largest producer of oil in the world,” Baumohl said.

U.S. West Texas Intermediate crude oil prices were around $68 on Monday, while Brent crude oil was near-$73.

The issue of more expensive crude and its economic ripple effects boils down to two questions: What would happen if crude really went up above $100, and how likely is that scenario, really?

The first question can be answered, at least partly, using some established rules of thumb about how much spending on gasoline cuts into other consumer spending. Baumohl cites an estimate that every penny added to the price of gasoline reduces consumer spending by $1 billion a year. Zandi estimates that every $10 added to crude prices would reduce U.S. growth by 10 to 15 basis points, or 0.1 to 0.15 percentage points, in the year after the increase.

Going from $50 to $75, which has already happened, will reduce growth by a quarter of a point to nearly half of 1 percent, Zandi said. If oil hit $150, an economy recently growing near a 3 percent rate would see growth fall by half, and that’s before higher prices sparked inflation and forced interest rates higher, Baumohl said.

“I think $150 oil in a short period would suck the wind out of the expansion,” Zandi said. “Recession risks would be very high.”

Before the 2008 recession, the price of Brent crude, traded in Europe and used in most of the world, rose to about $140 in June of that year, a month before U.S. prices for regular gasoline topped out at an average of $4.11. Today gasoline costs on average about $2.87, according to the Department of Energy.

Oil prices also spiked right before the 1990 downturn, running from $15 in May to $40 by September as Iraqi dictator Saddam Hussein invaded Kuwait. It then jumped from $10 as the dot-com boom gathered steam in late 1998 to nearly $30 by the time the Nasdaq average peaked in early 2000.

The harder question is whether oil really is likely to go anywhere near $150, or whether U.S. suppliers can head off the worst of the damage by increasing domestic production. Another significant factor is whether they can build pipelines fast enough to carry crude from newer “tight oil” fields in Texas — made newly pumpable by hydraulic fracking technology — before prices spike.

The conventional wisdom since oil prices collapsed in 2014 has been that U.S. suppliers, who need a higher price to be profitable than many members of the Organization of Petroleum Exporting Countries, or OPEC, would ramp up production whenever crude topped about $50 a barrel.

That has been upset by a shortage of pipelines serving Texas’ Permian Basin, home to much of America’s cheapest-to-produce crude oil, said Paul Tossetti, executive director of short-term crude market forecasting for IHS Markit. Both Tossetti and Rystad’s Tonhaugen said the pipeline issue has nothing to do with delays in building the controversial Keystone XL pipeline, which will originate in Canada.

Texas producers’ inability to get their crude to market efficiently is forcing them to sell it on West Texas-based markets, whose benchmark price is about $15 lower than oil sold in Oklahoma and $18 below the Brent crude price.

The case for $150 oil is based on the fact that major oil companies slowed capital spending devoted to the search for new sources of supply to their lowest point in a generation, mostly outside of the U.S., when crude oil moved as low as $30 in 2016, Bernstein analysts led by Neil Beveridge wrote. Companies like ExxonMobil and Chevron curtailed capital spending to protect their share prices with stock buybacks and dividends, the report said, and that means a shortage of new supply.

The Iran sanctions are being honored by many oil giants outside the United States, even from countries that disagree with the Trump administration on the sanctions, Tonhaugen said. The global oil market’s reliance on the dollar as a unit of exchange, and on U.S. banks and reinsurance companies that are bound by U.S. sanctions, means that the Iran sanctions are likely to bite hard when they take full effect in November. “No one yet knows how much supply the world will lose because of Iran, but the last time sanctions were imposed in 2012 it was 1.2 million barrels,” Tonhaugen said.

Conventional oil projects take at least 18 months to complete exploration and begin production, but shale fields in Texas and North Dakota can scale up much more quickly, said Chris Lafakis, an energy economist at Moody’s Analytics. But those barrels can’t reach the world market easily, or fetch the price producers want, until new pipeline capacity comes online, and that’s expected to happen late next year.

“The notion that there would be no supply-side response from U.S. shale to a strong price signal is preposterous,” Lafakis said.

Neither Rystad nor IHS Markit is bearish, but they don’t expect oil to get anywhere close to $150 before shale supplies rebalance the market. IHS currently forecasts a $75-a-barrel price target for next year, Tossetti said, though it is subject to a rethink given the fluid situation. Rystad’s base case calls for $80 but doesn’t include any impact from Iran’s disruption.

“The market is on a thin edge where we could lose more supply than Saudi Arabia [and other swing producers, like Kuwait], are able to increase by in the next six months,” Tonhaugen said. “That leaves oil-price risk skewed to the upside and vulnerable as global spare capacity will be put to the test.”

If oil stays under $100, the macroeconomic effects of this year’s price increase will remain small, said Joel Naroff, president of Holland, Pennsylvania-based Naroff Economic Advisors. Disputes within OPEC about production quotas raise the odds that that will happen, he said. So does the chance that rising oil prices will cut into demand from developing nations, as well as the new pipeline capacity next year, he added.

Despite the swings over the past week of trading, the fundamental supply-demand backdrop remains more or less unchanged, according to Tonhaugen. The market will lose supply from Iran toward year-end in a gradual fashion in his firm’s base case. Other oil experts agree that Iranian oil exports will not go to zero in November, but they do expect a significant decrease.

The risk of further supply disruptions remain as Saudi Arabia must reduce its spare capacity to make up for ongoing and future expected supply losses (Venezuela, Libya, Nigeria and Iran). Negative effects on demand due to U.S.-China trade tariffs is a real risk, but the effect on demand is much lower than the potential uncertainties on the supply side.