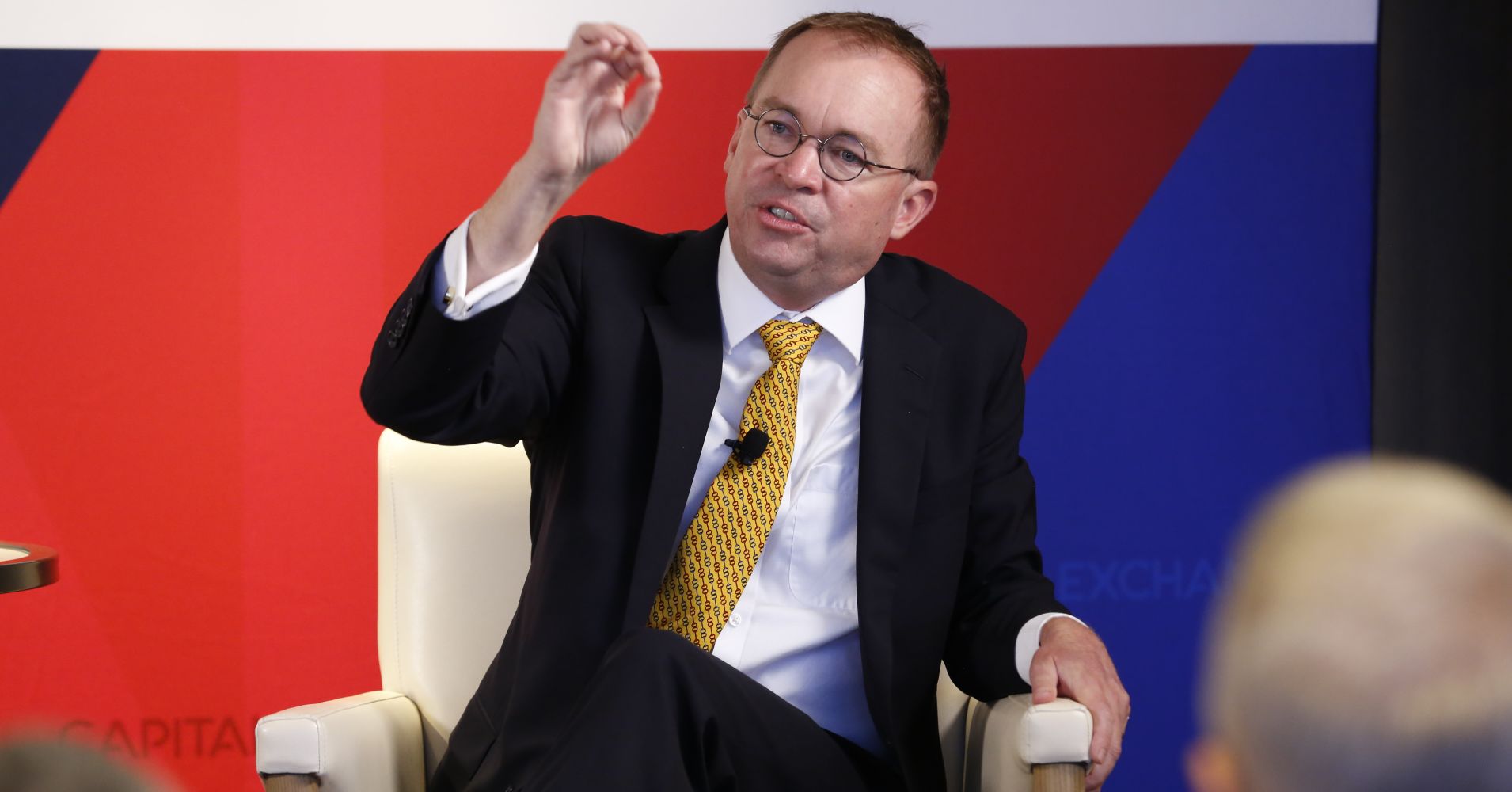 White House budget director Mick Mulvaney acknowledged Wednesday that when it comes to some of the key policy debates, he and other fiscal conservatives are often coming up on the short end.

In a look behind the scenes of the Trump administration, Mulvaney, who is director of the Office of Management and Budget and acting head of the Consumer Financial Protection Bureau, gave a candid view of how President Donald Trump has been making decisions.

“The president hears all of the arguments, but he makes the final decision. That’s how it has to be, OK, and I’m satisfied with that.”

Kudlow is the head of the National Economic Council, Navarro is director of the National Trade Council and an economic advisor to Trump and Ross is the Commerce secretary.

Trump has stirred anger from his own Republican Party recently by launching a trade war against China and other nations and, more recently, by ordering subsidies for farmers hurt by billions in import tariffs.

Mulvaney said he is encouraged because the “fiscal conservative” position at least is being heard in the White House, something that wasn’t the case even within the House Republican caucus, of which he used to be a member.

“Am I frustrated? Frustrated is not the right word,” he said in response to a question from CNBC’s John Harwood. “Am I disappointed that maybe I’m not advocating better to change an outcome? Yes, but I’m 100 percent comfortable coming and defending these policies because I know in part that the president has heard all different sides of the argument. He gets to make the final decision.”

While Mulvaney indicated that some of Trump’s decisions don’t go his way, he said he remains confident of the administration’s economic program.

The president has pushed an agenda of lower taxes, less regulation and more spending to pull the economy out of its post-financial crisis doldrums. Of the three-pronged approach, Mulvaney said he thinks deregulation has had the biggest benefit so far.

“I think I could make the argument that most of the economic growth that you’ve seen in the first 18 months of this administration has more to do with the deregulatory policies than it has the tax policies, because the tax policy has not really filtered into the economy yet,” he said. “But the idea that less regulation coming from the government, a lighter hand in regulation, does result in a better, healthier economy, better wages, better opportunities, I think I could make that case because I think it’s actually working.”

Administration officials are closely watching Friday’s report on second-quarter GDP that they think will show growth better than 4 percent. Mulvaney said he thinks sustained growth above 3 percent or even 4 percent is likely.

“Three percent growth is what we do as a nation,” he said. “I don’t know why it became orthodoxy to say we can never ever do that again, and anybody who says we can is crazy.”