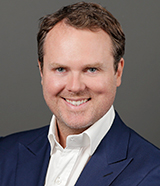 Banks are investing more in the blockchain than the tech companies, because they see it as a bigger threat to their business, according to Shidan Gouran, president and CEO of Global Blockchain, an investment company focused on blockchain-related companies.

“Banks know if they lose the battle with this technology they will go the way of Kodak,” he says.

Blockchain technology promises to radically change the services banks offer their clients and the way those services are offered. It will allow banks to see how the funds they disperse are being used, helping them tailor and improve their services, while making key business lines – particularly things such as payments and trade finance – more efficient.

Gouran says: “The blockchain is currently at around the same stage of its development as the internet was in 1993. There is a long way to go. But banks are currently leading the way because the technology they are building is already scalable, meaning it will be commercially useful within the next five years.

“Public blockchains won’t make the same kind of impact within the next decade.”

Christian Ferri, CEO of BlockStar, an advisory firm for initial coin offerings, says: “Things like clearing, settlement and trade finance are the low-hanging fruit – blockchain will disrupt those businesses first.

“But ultimately banks will also use the blockchain for ID verification. That will take longer, but when it works that will be huge for banks.”

The blockchain could one day even be used to calculate Libor or other reference rates likely to replace Libor after 2021, when the Financial Conduct Authority stops requiring banks to submit Libor, says Will McDonough, CEO of iCash, a platform that uses blockchain technology to manage dispute resolution, audit and settlement in contracts.

Banks are making notable advances in these areas, and BlockStar’s Ferri believes the pace of adoption will be rapid once these early initiatives have proved themselves, due to the size of the savings blockchain technology can deliver.

“There are so many intermediaries involved in things like trade finance, making the whole process more efficient will mean savings of 10-times or more,” he says.

The iCash protocol, for example, sits above the blockchain and takes 25 basis points of a total transaction amount to cover any potential costs arising from a dispute. The cash is stored in escrow in the form of iCash tokens, and if the contract is settled without dispute the money is released and paid to the counterparties.

McDonough at iCash says the platform ensures the number of smart contracts that do not settle can fall to statistically zero.

“The fact that the blockchain is binary and irreversible creates the need for independent trusted adjudication,” he says.

“There need to be checks and balances if the technology is going to be useful for Main Street and Wall Street. They can’t just trust that the system is trustless if the inputs are irreversible and there is zero recourse against them being wrong.”

Ferri agrees the trust issue with the blockchain relates to the data being fed into the system, not the technology itself.

“It is difficult to replicate trust in a digital setting,” he says. “The problem is the data input – no matter how much you trust a smart contract, you still need to trust the data has been inputted correctly.

“There are people working on decentralized data centres which will help with that, but for now we will need intermediaries to verify the data being inputted onto the blockchain.”

Ferri adds: “We will get to a point where the blockchain really is trustless, but we aren’t there yet.”

The iCash platform has been designed to be simple enough for retail use, while also being compatible with the proprietary ledgers being built by various financial institutions. Two people making a £100 bet over a sports game can insure that bet and guarantee it settles for 25p. Or two financial institutions can use the same technology to guarantee settlement of multimillion-dollar transactions.

Two friends making a sports bet might be happy to pay a few pence to take the hassle out of settlement and hedge against the need for awkward reminders to pay, but for institutions such as banks taking principal risk is out of the question, says McDonough.

He adds: “We believe that the majority of those that use blockchain for transactions and contracts will always take more comfort in having checks and balances, an insurance system layered into their transactions to protect against irreversible inaccurate settlements or blockchain entries.

“We believe major institutions will require it in any transaction they participate in, and their boards or shareholders won’t allow the risk otherwise.”

He continues: “Being a free service, where the only charge occurs if you challenge an outcome, there is no downside to any and all people imbedding our tech in their transactions forever.

“The losers from this technology are the institutions that benefit from the lack of transparency in the current system. Where there is mystery there is margin – that is how intermediaries make their profits. The blockchain provides better and more direct execution and thus efficiency.”

Global Blockchain’s Gouran elaborates: “The growth of an over-the-counter securities network on the blockchain could put some exchanges out of business. The custodianship business will be completely disintermediated. Banks themselves will survive, but they will change.

“The blockchain will hurt some bits of their commercial banking activities, but will strengthen others, such as trade finance – as well as investment banking.”