Metro Bank has a credibility problem 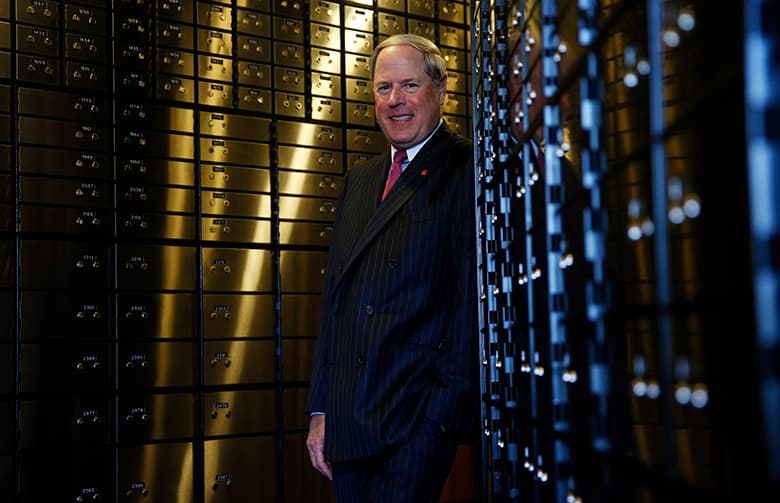 Capital U-turns, drastically downgraded profitability targets, questions about related-party dealings: this is not how the bank with the strongest valuation in Europe should be run.

UK challenger Metro Bank has, however, had to turn back to its shareholders for another £300 million in equity in an overnight placement – despite having insisted it would not earlier this year, when analysts’ concerns about a possible capital shortfall triggered a sell-off.

Metro’s targets are now “a laughing stock”, commented research from Goodbody, as it downgraded its 2020 ROE target to 11.5% from 14% after the capital call.

This is an embarrassment for Metro Bank’s chairman Vernon Hill, who has long traded on his reputation as the founder of Commerce Bancorp in the US. Largely thanks to that example, Metro is valued at almost three times its consensus 2018 book value – although a tightly held shareholder base means its stock is relatively illiquid.

Like Metro Bank, which Hill launched in 2010, Commerce rapidly grew through branch expansion in the 1990s and early 2000s before a sale to Canada’s TD Bank in 2007. But the US bank had much higher capital accumulation and returns during that period, according to Berenberg.

It hardly helps that Metro’s recent U-turn comes after proxy adviser Glass Lewis voiced concerns about its continued use of InterArch, owned by Hill’s wife Shirley, for its branch design, ahead of April’s annual shareholder meeting.

Those concerns are all the more poignant as Hill resigned as Commerce’s chairman in 2007 after US regulators investigated a similar relationship between that bank and InterArch.

As at Commerce, there are, no doubt, some clever elements to Metro’s strategy: long opening hours, instant debit-card printing or just the laidback vibe. The bank attracted well-known investors, such as Wellington Management, ahead of its 2016 IPO. The completion of the recent capital raising at least removes any share overhang.

But dog bowls in branches might not be enough for Hill to replicate his prior success. His branch-based deposit-gathering approach has looked more problematic as low interest rates have persisted, 10 years after the crash. The spread between interest-free deposits and zero-risk treasury bills has not risen sufficiently rapidly to cover operating costs, in other words.

The question now is also whether Metro’s rapid loan growth recently – 55% year-on-year at end-June, although its deposit base remains comfortably larger than its loan book – will later prove to have been at the cost of its asset quality.

How much business, for example, is it gaining from borrowers that all the other banks have shunned, such as SMEs that are teetering on the edge thanks to the UK’s political quagmire?

Keep calm and carry on, Metro Bank seems to implore of its investors.