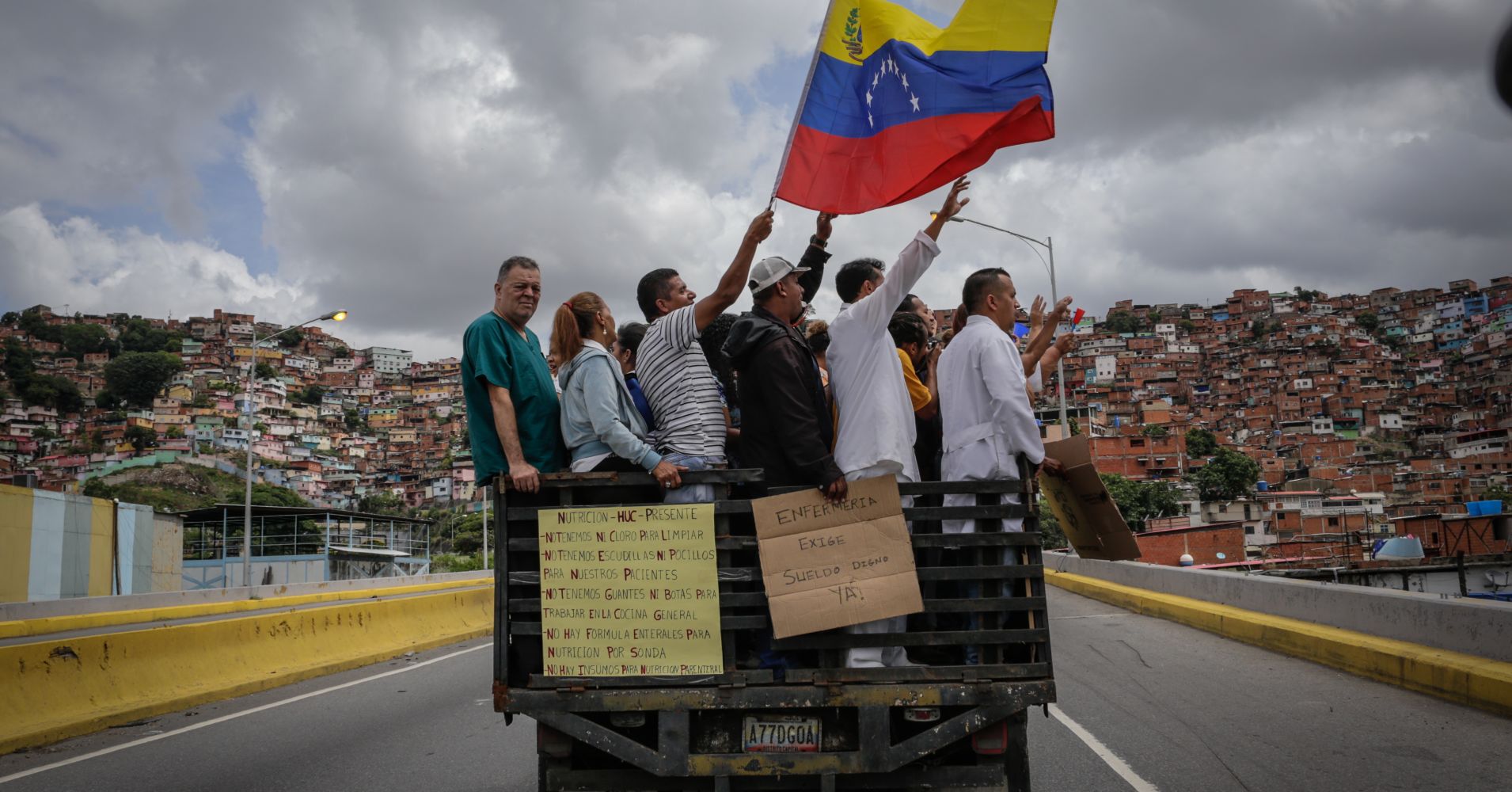 Venezuela is arguably going through one of the largest economic disasters in world history, with prices soaring uncontrollably each day.

The International Monetary Fund (IMF) said this week that the Latin American nation is “stuck in a profound economic and social crisis” and that inflation will hit 1 million percent by the end of the year. The Fund compared the situation in Venezuela to Germany in 1923 and Zimbabwe in the late 2000s, where the collapse in demand for money led to historically high prices and dramatic social issues.

“It makes serial defaults and capital controls inevitable. Once set in motion, it is very hard to stop, as the credibility of policymakers is badly damaged,” he added.

The Venezuelan economy is heavily dependent on oil exports which once made the country very rich. It’s said to have the largest proven oil reserves in the world. Oil leaving the country accounts for about 90 percent of its total exports. When oil prices began to collapse in 2014, the cash received by Caracas dropped significantly — bringing new economic challenges.

The regime of Nicolas Maduro, who replaced Hugo Chavez in 2013, opted to keep the official exchange rate overvalued and tightened the government’s control over access to U.S. dollars — meaning that it became harder for Venezuelans to change their bolivars, the national currency, for the greenback. This further increased the number of bolivars available and provoked a decrease in imported goods. Lower imports boosted domestic prices, thus taking inflation to record levels.

The economic problems in Venezuela are mostly a result of the policy direction taken by Maduro. Instead of cutting spending — traditionally seen as an unpopular measure among voters — Maduro opted to print even more money, contributing further to inflation.

Furthermore, Venezuela has also been hit by international sanctions. The United States prohibited dealings in new debt from the Venezuelan government and the country’s state oil firm, arguing these help the government, which the U.S. described as a “dictatorship.”

The economic difficulties in Venezuela led the country to miss debt repayments to international investors last year. Missing payments not only increases its debt pile, but also worsens the opinion that money managers have of Venezuela. Losing credibility among investors reduces Venezuela’s chances of getting more credit.

“We need to see change in policymaking. Until we see a change in policy, it is difficult to see how the economy will turnaround,” Papp also told CNBC. He said it is “very safe” to forecast that an end to the Venezuelan crisis won’t come in the next months, but it will rather take some years.

According to the IMF, growth is set to sink 18 percent this year, the third consecutive double-digit fall.

“We expect the government to continue to run wide fiscal deficits financed entirely by an expansion in base money, which will continue to fuel an acceleration of inflation as money demand continues to collapse,” the Fund said Monday.

Given the scale of the problems, even the recent rebound in oil prices is unlikely to dramatically shift the situation in Venezuela, Papp from J.P. Morgan Asset Management said.

In an attempt to fight hyperinflation, Maduro announced Thursday plans to cut five zeros off the country’s currency, rather than the three he had previously said. The new notes will come into circulation next month.

However, even the highest denomination note will only be worth $6 by the end of August and as little as 20 cents by the end of the year, the Financial Times reported Friday.

As a result, Venezuelans are fleeing the country. According to data from the United Nations, published last May, over 1.5 million people have left the county since 2014.

“Thousands continue to legally enter daily in neighboring countries,” the report said, adding that expectations are the flows will continue during 2018.

The high number of people leaving Venezuela brings further economic problems. Not only does the country become a victim of so-called brain drain, but it also begins to a lack a labor force.