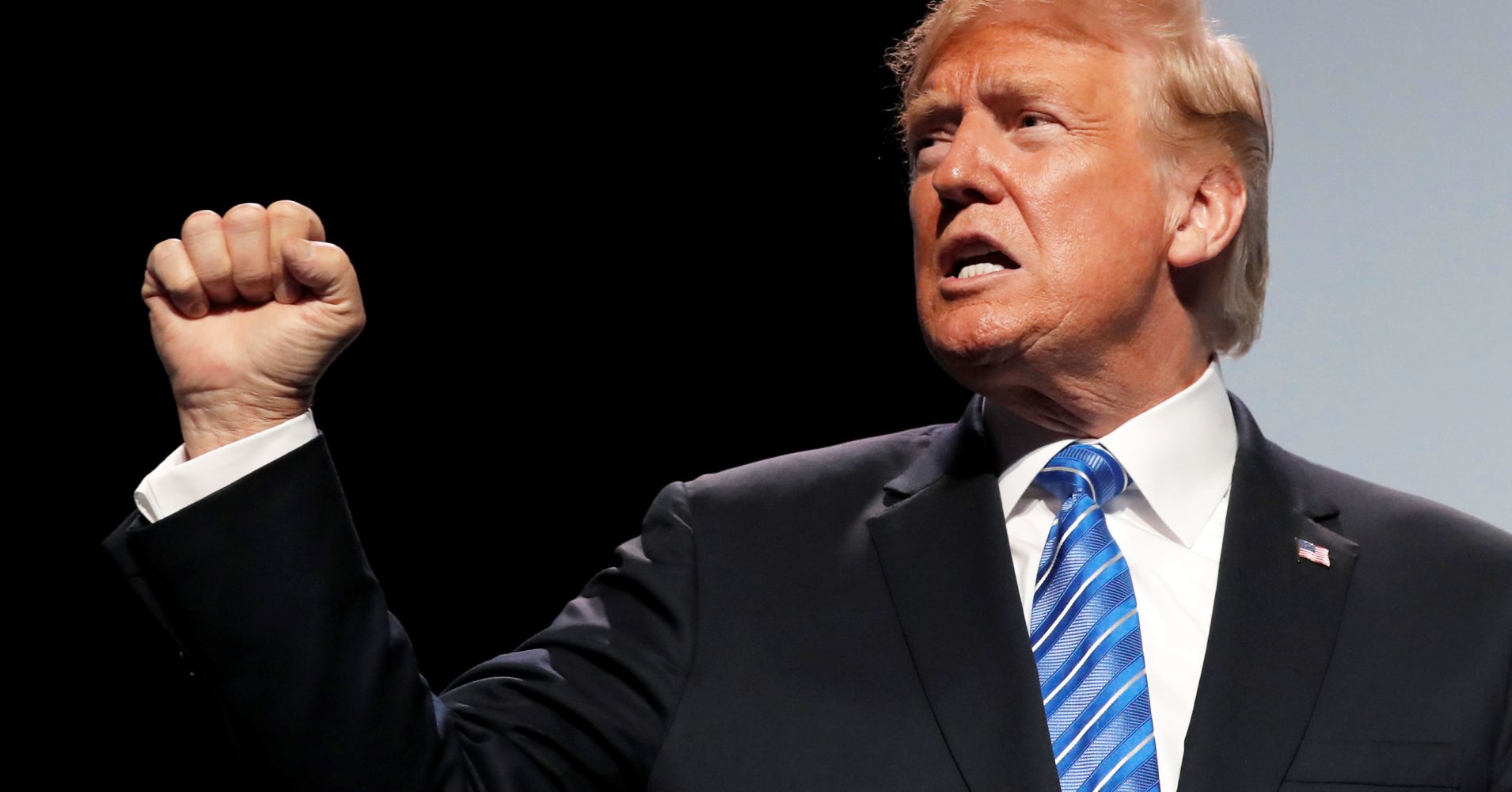 On Donald Trump’s first day as president, he declared a change in America’s direction.

“For many decades, we’ve enriched foreign industry at the expense of American industry, subsidized the armies of other countries while allowing for the very sad depletion of our military,” the new commander-in-chief declared in his inaugural address. “We’ve made other countries rich while the wealth, strength and confidence of our country has disappeared over the horizon.

“From this moment on, it’s going to be America First.”

He was complaining about what’s known as the liberal world order — international economic and security arrangements linking major market-oriented democracies.

America led in creating those arrangements after winning World War II. Presidents of both parties agreed that institutions like the World Trade Organization, the International Monetary Fund and the North Atlantic Treaty Organization would help prevent wars, advance American values and enhance prosperity here and abroad.

America won the Cold War with the Soviet Union. There has not been another global hot war.

The world’s economy, adjusted for inflation, is now seven times larger than it was in 1960. The U.S. economy is nearly six times larger.

Today, the U.S. spends roughly $14 billion a year to support these institutions. But a Rand Corp. study earlier this year found that America has derived hundreds of billions in benefits through trade expansion, productivity improvement, conflict prevention and safeguards for the global financial system.

“The U.S. has had a disproportionate voice in how this system has unfolded, and that has been incredibly beneficial to U.S. diplomacy and interests,” Rand political scientist Michael Mazarr told me. “It’s fair to say, based on what we’ve done, that no great power has ever had a more profound competitive advantage than the one we have from this postwar order.”

But some have been badly hurt. The Peterson Institute for International Economics estimates that expanded trade has cost roughly 156,000 American jobs annually in recent years.

Those lost jobs, and cultural changes from rising immigration levels, have jolted blue-collar communities in the U.S. and Europe — and made the global order a target of populist revolts.

It is also a target of Russian leaders eager to restore lost power and influence.

The British Parliament is now investigating covert Russian attempts to assist the 2016 Brexit campaign to split the United Kingdom from the European Union.

Since taking office, Trump has shaken one international structure after the other.

He withdrew from the Trans-Pacific Partnership trade agreement, threatened to terminate NAFTA, and slapped import tariffs on U.S. allies.

“We’re like the piggy bank everybody’s robbing, and that ends,” Trump said in June.

He abandoned the global Paris accord aimed at curbing climate change. He scuttled the deal curbing Iran’s nuclear ambitions, which President Barack Obama’s administration struck with Iran and other leading world powers.

He has questioned NATO’s economic underpinning by ripping allies in Europe for not spending enough on their own defense. He has even questioned America’s commitment to collective defense of member countries — specifically tiny Montenegro, which was recently targeted by a Russian-backed coup attempt.

“Why should my son go to Montenegro to defend it from attack?” Fox News host Tucker Carlson asked the president in July.

A wide range of officials, worried that undercutting traditional alliances will harm the economy and make America less safe, are pushing back.

Fellow Republicans in Congress have joined Democrats in warning against imposing tariffs on friendly trading partners.

Trump’s own Defense secretary, James Mattis, has rushed to defend NATO, saying the U.S. is committed “100 percent” to the mutual defense organization.

“That webbing is dense, and it can sustain a lot of damage,” said Kori Schake, a former national security aide to President George W. Bush who now helps run the International Institute for Strategic Studies in London. “This is not the first time there are troubles in the trans-Atlantic relationship.”

But Schake added, “This is the first time that a president of the United States did not appear to believe in the liberal order.”

But the global order was under strain even before Trump’s presidency. Now, some fear it has already been damaged too much.

“Things will not be OK,” conservative foreign policy expert Robert Kagan wrote recently in The Washington Post. “The world crisis is upon us.”