We need to talk about UK banks 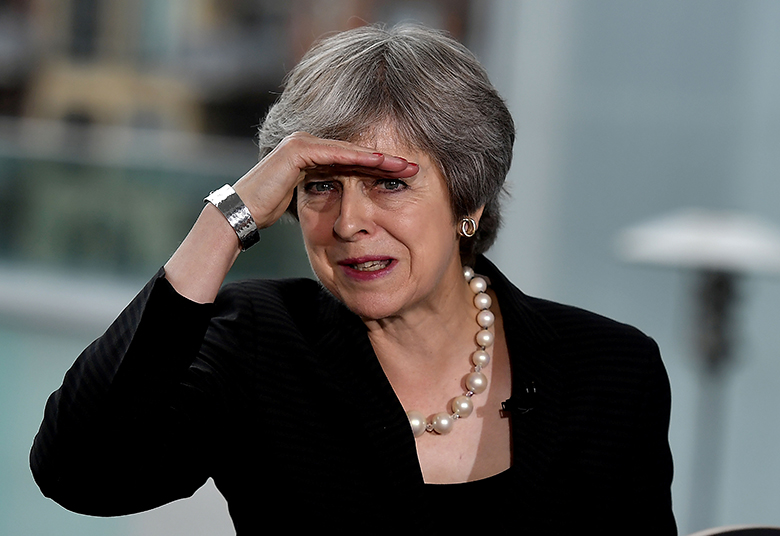 In August UK banks will finally start reporting their second quarter results, limping in behind their US and European counterparts. Analysts can barely conceal their disregard. “Curb your enthusiasm ­­– if you had any,” suggest analysts at UBS, whose best hope is that net interest margins – the key sector risk in many investors’ minds – should at least prove stable in 2018, helped by falling wholesale funding costs.

Expect much nitty-gritty discussion of NIM, of the wider impact of HSBC’s plans to put funding and liquidity trapped inside its UK ring-fenced bank to work in building its share of mortgage lending and on Lloyds Banking Group’s continuing ambitions to grow higher margin, and so higher risk, consumer loans.

You might not tell it from their share price performance or valuations ­­– UK banks trade on earnings multiples at a substantial discount to their European peers, which themselves trade on price-to-book values still seemingly stuck in the crisis era – but UK banks have enjoyed a golden age.

UK unemployment and loan loss rates are at, or close to, their lows, yet wage price inflation is subdued. Loans have been growing. The burden of post-crisis settlements is lifting.

Banks have been trying to persuade analysts to the view that while this cannot last, the coming turn in the cycle need not be especially painful. Loan losses will likely rise due to lower write backs rather than a sudden deterioration in loan portfolios. But there are no warning signals flashing yet of troubled asset formation in monthly credit card securitization data.

The problem with this is that at best it is not remotely exciting to investors and at worst it’s all terribly fragile.

Analysts at Berenberg point out that while realized losses do indeed remain low for now, consumer credit default rates have deteriorated for the past five quarters. “We expect this to continue, and accelerate, during the next six to 12 months.” So, while the recent slowdown in the rate of growth of consumer loans may hurt revenues, it is probably a good thing.

Berenberg is: “Concerned that borrowers that have accessed low-cost credit during recent years will be unable afford repayments as these fall due. Recent tightening of lending terms may also make refinancing more difficult.” Euromoney hears a faint echo from financial market history but can’t quite place it.

A disorderly no-deal Brexit is no one’s central expectation. But the risk of it has just risen significantly

Listen to this NIM discussion by all means on the earnings calls. But remember the elephant in the room.

Earlier in July, prime minister Theresa May released a white paper on the future relationship between the UK and the European Union, supposedly approved by her cabinet at Chequers, promising a softer Brexit with less damage to the UK economy than had previously seemed likely. Within days, David Davis had quit his gloriously titled job as secretary of state for exiting the European Union and her buffoonish foreign secretary, Boris Johnson, had also resigned.

Neither will be missed. But their departures suddenly reveal the growing risk that various competing factions in the UK parliament ­– remainers and hard Brexiters ­– ­may yet scupper the passage of any withdrawal agreement deal put to them in late 2018 or early 2019.

It would take only a small rebellion for that to happen. UBS strategist John Wraith itemizes the potential repercussions. “They include the collapse of the government and an early general election, and a request to the EU to extend the two-year Article 50 period and continue negotiations, which if rejected leaves a ‘disorderly’ exit with no safety net in place as the most likely scenario at the end of March 2019.”

In the Alice ‘Through the Looking-Glass’ world of Brexit, the prime minister’s effort to engineer a sensible looking soft departure has actually increased the risk of a no deal exit. In such circumstances all bets are off for UK banks. The damage to the UK economy would likely rival any stress test yet presented by any central bank for its national lenders.

As UBS macro strategists point out, the UK economy features very outsized needs for goods imports. To finance those, it relies on two main avenues. First, it creates substantial surpluses in the traded services sector, 60% of which relates to financial activities. Second, it attracts (and so far maintains) large inflows of capital, much of this linked to the role of the UK as a financial hub. Thus, if the UK’s position at the core of the European and global financial system shrinks ­– as is very likely even in an orderly, let alone a disorderly, Brexit ­– then so would the UK’s capacity to sustain a level of spending well beyond its income.

Banks won’t talk about this much on their earnings calls. If they start, they’ll never stop. So much remains uncertain with just eight months to go and any outcome is still possible, while the long-term consequences are unknowable. Right now, Berenberg reports that investor interest in UK banks is “exceptionally low, particularly in continental Europe”.

For now, a disorderly no-deal Brexit is no one’s central expectation. But the risk of it has just risen significantly. And if that starts to appear the likely outcome, UK banks will be uninvestable.