FANG index of tech stocks tumbles into correction territory, down 10% from June record 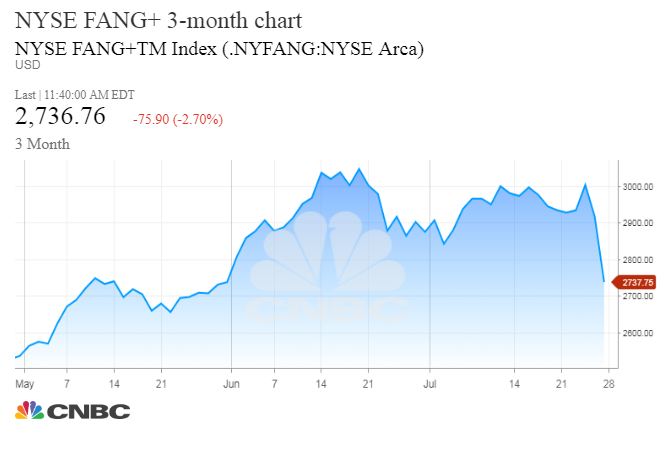 The NYSE FANG+ index tracks the performance of FANG stocks along with several other high-growth technology shares such as Nvidia, Baidu and Tesla. The index began in 2014.

Larry McDonald of The Bear Traps Report and a CNBC contributor pointed to several reasons beyond the Facebook and Netflix earnings disappointments for the drop including the rising dollar hurting overeas profits and the risk of a political backlash against these tech giants here and around the globe.