Fed to Hold Rates But Will Trump Criticism Restrain a More hawkish Message? 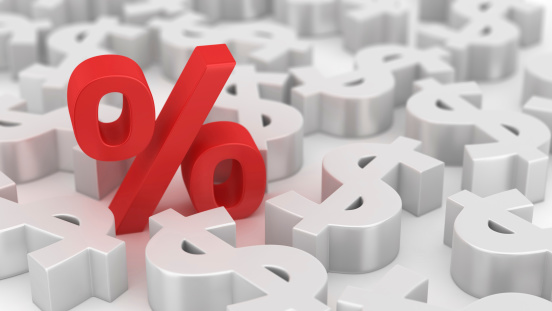 The US Federal Reserve will announce its latest rate decision on Wednesday at 18:00 GMT when the Federal Open Market Committee (FOMC) concludes a two-day policy meeting. After the move in June when the Fed lifted rates to a range of 1.75-2.00%, no change in policy is expected this month. The absence of a press conference and new economic projections also make the July meeting a less eventful one. However, following President Trump’s recent remarks questioning the need to raise rates, investors will be watching to see whether political pressure has reined in some of the Fed’s hawkish language.

The Fed raised rates for a second time this year in June and set the ground for two more quarter point increases in 2018. But with other central banks moving much more slowly than anticipated in scaling back their stimulative policies, leaving the Fed as the only one on a decisive tightening path, the dollar has rallied sharply since the second quarter. The dollar index, which measures the greenback against a basket of six major currencies, hit a one-year high in July.

But the comparatively higher interest rates and an overvalued dollar appear to have drawn the attention of Donald Trump, with the US president taking to Twitter to attack the Fed for taking away America’s “big competitive edge”. Trump initially expressed his frustration with the Fed in an interview with the CNBC on July 19, before repeating his criticism in a tweet the following day. His remarks knocked the dollar off one-year highs and the currency has been struggling for direction since.

While Trump may have caught the markets off-guard, hence the strong reaction, it’s highly unlikely the Fed would bow to political pressure and ease back on raising rates. After all, the Fed has come under political interference on several occasions in the past, most recently in the 1980s and 1990s under presidents Ronald Reagan and George H. W. Bush, respectively. And although the Fed is certain to stick to its course of gradual rate increases, at least for the remainder of 2018, there is the risk that further criticism by Trump would start to damage the perceived independence of the Federal Reserve even if there is no real threat at present of Congress limiting the central bank’s powers.

The immediate focus though for the July meeting will be on any changes to the Fed’s views on growth and inflation. With GDP growth accelerating to an annualized 4.1% in the second quarter and core PCE inflation running close to the Fed’s 2% target, FOMC members might signal possible upward revisions to their projections for the forthcoming September meeting. In terms of risks to the downside, investors will be watching for any increased concerns by policymakers about the impact from heightened trade tensions. There has been some evidence lately, which has also been highlighted by Fed Chairman Jerome Powell, that higher tariffs are weighing on US business confidence.

While a bigger focal point this week will be Friday’s nonfarm payrolls report, the US dollar could nevertheless be in line for some gains should the Fed statement strike a slightly more upbeat tone in July. Dollar/yen, having surged towards the 112 level today, could attempt to break past that psychological mark. A successful climb above 112 would bring the pair back within reach of July’s 6-month high of 113.16, though there’s likely to be some resistance around 112.60 before then.

Alternatively, a less hawkish-than-anticipated statement could see dollar/yen retreating initially to around 111.20. Even steeper declines could lead prices towards the 110.80 and 110.55 levels.