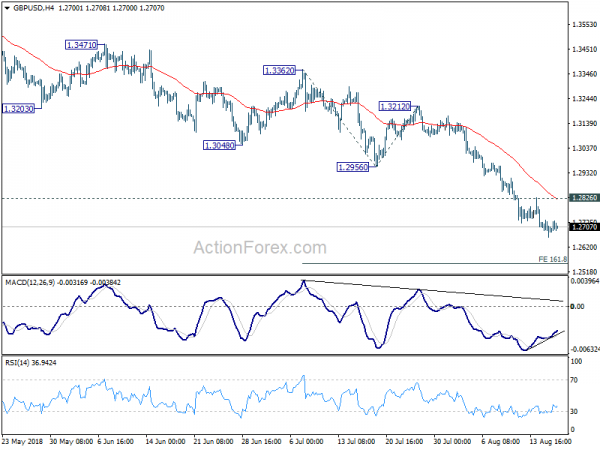 The forex markets are clearly in consolidation mode today. Yen and Dollar trades broadly lower as they digest recent gains. But Canadian Dollar is, at the time of writing, the weakest one. Australian Dollar and New Zealand Dollar are the strongest one on receding risk aversion. While sentiments could have been lifted by news that US and China are resuming trade talks, the reactions in the markets have already said that investors are not convinced.

The biggest news today is the resumption of trade talks between US and China. Other than a notable rebound in the Chinese Yuan and Australian Dollar, reactions from the financial markets are actually rather refrained. Both Hong Kong HSI and Shanghai SSE closed in red. And rebound in European stocks are nothing close to being strong.

China’s Ministry of Commerce said in a statement that they accepted invitation by the US to resume trade discussions. Chinese Vice Commerce Minister Wang Shouwen will meet with US Secretary for International Affairs David Malpass in late August. While this is nonetheless a positive development, expectations are rather low for two reasons.

Firstly, the meeting is between rather low-level officials from both sides. Neither Wang nor Malpass could make a decision, nor are they close to the circle. And it’s highly doubtful if any one of them know exactly what their leaders want. So, it’s mostly a fruitless meeting even on a technical level.

Secondly, and more importantly, Malpass is from Steven Mnuchin’s Treasury. He’s neither from Secretary of Commerce Wilbur Ross, nor from Trade Representative Robert Lighthizer. It’s unknown how much influence Malpass on trade policies. And, Steven is well known to be isolated from the hawks on trade war with China.

Just remember back in May, Mnuchin told the press that “we’re putting the trade war on hold”. And soon after, Trump slapped tariffs on USD 50B in Chinese goods. Then, there were reports that Mnuchin and Chinese Vice Premier Liu He were working on bring back everyone to the table. Then the same week, Trump raised the stake by increase tariffs on USD 200B in Chinese goods from 10% to 25%. China condemned US for playing “two-handed strategy”.

So, is it just Mnuchin’s wishing thinking for trade negotiation? Or it’s Trump’s two-handed strategy?

Philadelphia Fed Business Outlook Current Activity indicator dropped sharply to 11.9 in August, down from 25.7 and missed expectation of 22.3. It’s also the lowest reading in 21 months. Nonetheless, the Six-Month Forecast indicator rose to 38.8, up from 29.0.

UK retail sales rose strongly by 0.7% in July, but Pound shows no reaction

July is a rather strong month in UK retail sales, thanks to World Cup and good whether. Headline retail sales including fuel rose 0.7% mom, 3.5% yoy, well above expectation of 0.2% mom, 2.9% yoy. Ex-auto and fuel sales jumped 0.9% mom, 3.7% yoy, also well above expectation of 0.0% mom, 2.7% yoy. But just like employment and inflation data released earlier this week, the Pound basically has no reaction. It’s trading mixed today, digesting this week’s loss against Dollar and Yen.

Brexit negotiation restarts in Brussels today but it’s sort of low-level meeting. Neither UK Brexit Minister Dominic Raab, nor EU’s chief Brexit negotiator Michel Barnier would attend. At the same time, there is increasing talks of a no-deal Brexit recent. Latvia’s Foreign Minister Edgars Rinkevics said yesterday that he gives it a 50-50 chance. Barnier’s Deputy Sabine Weyand also said warned there is “no guarantee we will succeed” and she urged businesses to prepare for a “disorderly Brexit”.

Australian job market contracted -3.9k in July, worse than expectation of 15.3k growth. Nonetheless, that’s primarily due to -23.2k contraction in part time jobs. There was an impressive 19.3k growth in full-time jobs. Unemployment rate also dropped -0.1% to 5.3% while participation rate also dropped -0.1% to 65.5%. Monthly hours worked rose 0.2%. Overall, the set of data is rather solid despite the headline miss. Also from Australia, consumer inflation expectation rose to 4.0% in August, up from 3.9%.

South Korea  Finance Minister Kim Dong-yeon said today that the government is going to raise fiscal spending to counter the weakening of the job market and economic polarization. 2019 budget spending will increase far more than the original plan of 5.7%. The spending will be on supporting research and development of  advance artificial intelligence, big data and hydrogen vehicles.

Kim described that the job market is “the worst since financial crisis”. And “the government’s big challenge is how to support the job market through fiscal policies.” Additionally. “Polarization issue is very perplexing”, and “economic growth and innovation would be difficult to sustain without addressing the issue”.

Earlier, the government cut job growth forecast to 180k this year, down from 320k prior estimate.

GBP/USD continues to lose downside momentum as seen in mild bullish convergence condition in 4 hour MACD. But there is no clear sign of bottoming yet. As long as 1.2826 minor resistance holds, deeper fall is expected. Current decline is part of the down trend from 1.4376. Next target is 161.8% projection of 1.3362 to 1.2956 from 1.3212 at 1.2555. Though, break of 1.2826 will indicate short term bottoming and bring lengthier consolidation.

In the bigger picture, whole medium term rebound from 1.1946 (2016 low) should have completed at 1.4376 already, after rejection from 55 month EMA (now at 1.4141). Current downside acceleration argues that it’s possibly resuming long term down trend. In any case, outlook will stay bearish as long as 1.3212 resistance holds. Retest of 1.1946 should be seen next.